Eliza Peereboom, a 23-year-old model, has been convicted of biting another woman

A model, actress and dancer who bit a woman on a train as they returned home from a day at the races avoided jail today.

Eliza Peereboom, 23, had visited Newbury racecourse on August 18, 2018, with her friends and was returning home when a fight broke out as the train they were on pulled into Reading station.

During the fight, Peereboom bit the leg of Gabriella Marabet, leaving her needing tetanus injections.

Today, she was sentenced to 10 months in prison, suspended for 18 months, and was ordered to pay the victim £1,000 in compensation.

She was also ordered to pay victim Ciara Jones £250 in compensation after assaulting her.

Blonde-haired Peereboom’s sentencing hearing was delayed by two months to ensure she found a job to pay compensation or moved to the UK from Amsterdam.

However, the court heard that she had not fulfilled either.

Prosecutor Emily Lauchlan said: ‘On October 9 this year the sentence was adjourned for two months for her to explore addresses to provide to probation and to explore whether unpaid work can be done in bulk of 100 hours or funds could be gained to pay compensation.’

Judge Sarah Campbell, sitting at Reading Crown Court, said: ‘From what I have seen the address put foreword is not a suitable address.’

It was revealed that she is sharing a one-bedroom flat with her sister and one other person, with their relationship being tumultuous.

Barrister Kate Parker said: ‘It is a cramped one-bedroom flat with two people already staying there and the relationship with her sister is tumultuous.’

She added: ‘Unfortunately, since the trial, she has had some very difficult family circumstances. 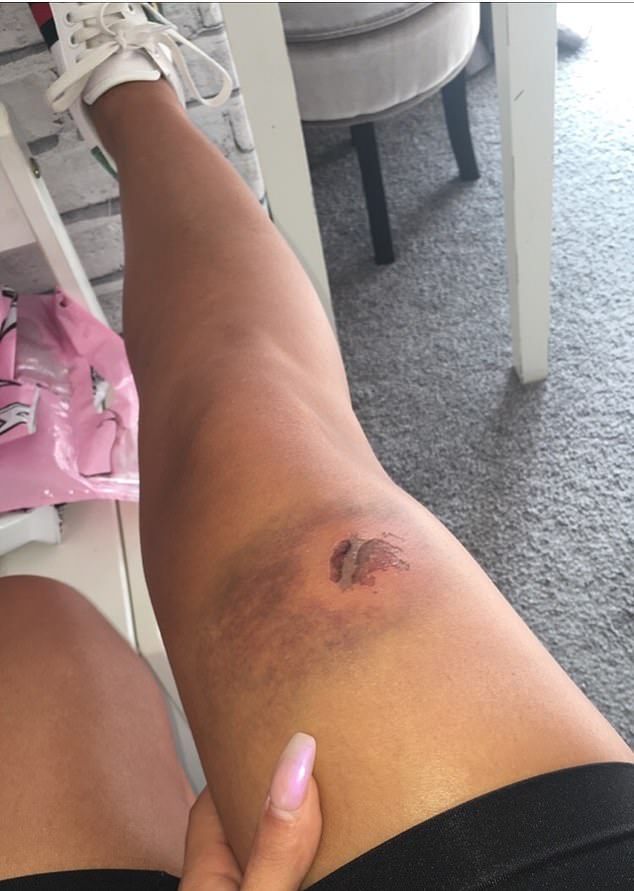 During a fight as their train pulled into Reading station, Peereboom bit the leg of Gabriella Marabet, leaving her needing tetanus injections

‘On November 26, her grandmother passed away in Serbia. She flew out for some weeks and months to be with her when her health was failing. Potentially as a result, her grandad had to have a heart transfusion so she has had a few months looking after elderly relatives in Serbia with her family.

‘She secured a job in Amsterdam paying Euro 9.15 (Euros) an hour for five days a week but has been unable to undertake it due to personal circumstances. Yesterday marks the fourth time she has flown from abroad to be here so she does take it seriously.’

Judge Campbell interjected: ‘As she should.’

Ms Parker referred to Peereboom’s access to £2,000 of personal savings directly linked to work she had done.

The judge said: ‘It is a pity I was not made aware of that on the last occasion.’ 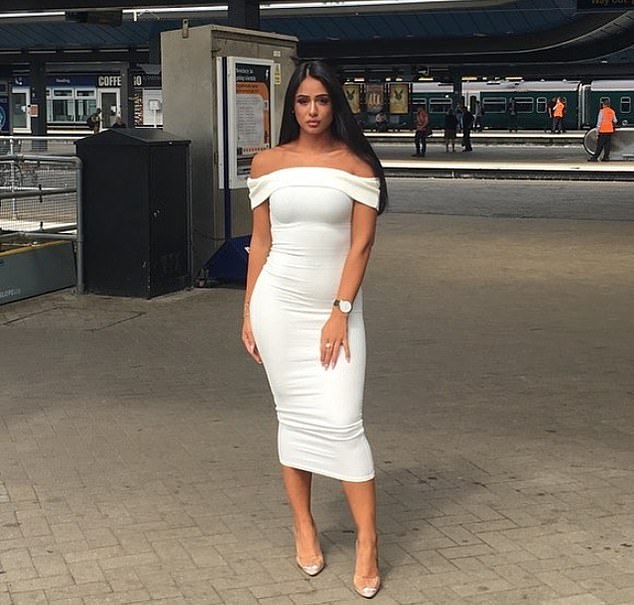 Peereboom was sentenced to 10 months in prison, suspended for 18 months, and was ordered to pay the victim (pictured) £1,000 in compensation

Addressing the actress, who formerly lived in Harlesden, London and Chichester, west Sussex, she said: ‘You were found guilty of assault by beating and causing actual bodily harm while on a busy train, which in my view, was deeply unpleasant and animalistic.

‘However, all the circumstances show there is strong personal mitigation. I am told you have some finances available to you.

The judge told Peereboom she had to pay £250 compensation to victim Ciara Jones and £1,000 to victim Gabriella Marabet for taking a chunk out of her leg during the brutal attack.

The judge added: ‘Just so you understand, if you do return to the UK and commit any cruel offence you will be sentenced to prison for 10 months. That is the sentence I pass along with £1,250 compensation. I very much hope we do not see you again.’

Peereboom had denied all three charges and was cleared on count two, which referred to pulling the hair of one of the victims.