A flight attendant who served passengers for 25 years was reportedly fired for being just one pound over an airlines required weight guidelines.

Ina Meliesa Hassim tipped the scales when she weighed in at 133lbs, one pound heavier than the Malaysia Airlines cut off weight of 132lbs.

At 5ft 2in Ms Hassim weighed 9st 7lbs and her contract with the airline was terminated in 2017.

On February 12 the Industrial Court of Malaysia ruled in favour of the airline and Ms Hassim lost her case for unfair dismissal under Malaysian unemployment law.

The Independent reported that the air hostess was fired because she wasn’t in the ‘healthy’ weight range on the Body Mass Index Chart.

Malaysia Airlines claimed the weight of cabin crew was imperative in order to keep passengers safe.

In order to maintain its image as a premium airline, Malaysia Airlines put in place weight management rules for crew members back in 2015.

It was reported that Ms Hassim had been given 18 months to lose the weight in order to get her down to the airline’s goal. 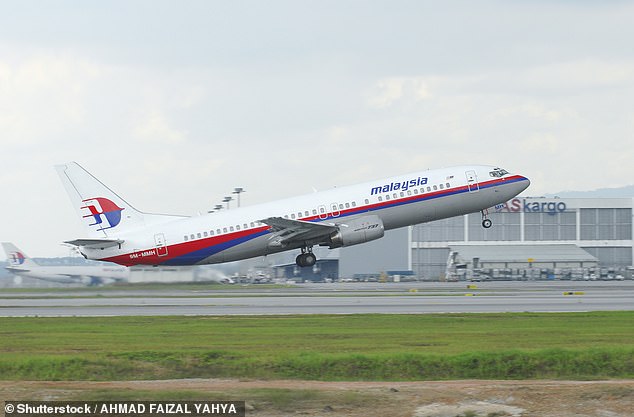 In order to maintain its image as a premium airline, Malaysia Airlines (stock image of plane below) put in place weight management rules for crew members back in 2015

As part of this Ms Hassim was expected to attend regular weight checks with a health professional, the airline however, claims she failed to attend several of these checks.

Ms Hassim’s lawyers claimed that such weight requirements were unjust and were not regulated by other competitors such as British Airways and Lufthansa.

It was also claimed there had been no safety issues at various other airlines.

They also disputed that Ms Hassim being one pound over the target would not prevent her from carrying out her duties to her best ability.

In the ruling court chairman Syed Noh Said Nazir said: ‘The court is convinced that the company had provided the claimant with ample opportunities and chances to comply with the company’s policy and that despite the many opportunities however, the claimant had consistently failed to achieve her optimal weight.’

In 2015 when Malaysia Airlines announced its weight policy is said: ‘As cabin crew, apart from maintaining the appearance as set by the company, you are also responsible to ensure the safety of our passengers while in flights. Being front liners in uniform, cabin crew cast an unforgettable image in the minds of our valued guests.’

‘With this policy in place, the airline will see healthier cabin crew who will project an image befitting that of the world’s best cabin staff as well as for ensuring the passengers’ safety when the necessity arises’.