By Richard Eden for The Daily Mail

When the earl married an American heiress in ITV’s hit drama Downton Abbey, it helped secure the future of his family’s stately home.

In the real-life case of Earl Bathurst, an Anglo-American union has left his estate bitterly divided.

For I can reveal that Lord Bathurst has not been left a penny by his late American stepmother, Gloria, Dowager Countess Bathurst.

Instead, she bequeathed almost her entire fortune of more than £33 million to a pair of interior decorators.

‘The Countess’s will has left the whole estate in deep shock,’ a source tells me.

‘While it was known that Gloria had her differences with her stepson, no one thought she would cut him out of her legacy entirely.’

Gloria lived at Cirencester Park, which has a 15,000-acre Gloucestershire estate and a polo club where Princes William and Harry have often played, until her husband’s death in 2011.

Newly released probate documents disclose that the Countess, who died last Christmas aged 90, decreed in her will that the vast bulk of her of £33.2million estate should be shared equally between Grant White, an interior designer based in Fulham, and New Yorker Geoffrey Bradfield. 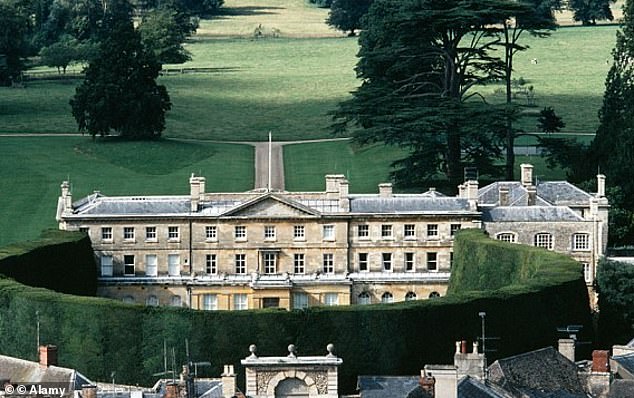 Gloria lived at Cirencester Park (pictured) which has a 15,000-acre Gloucestershire estate and a polo club where Princes William and Harry have often played, until her husband’s death in 2011

The estate is understood to include an entire village.

Bradfield hosted a party for Gloria and her husband in Manhattan in 1998, where topiary Labradors were displayed in honour of the Earl and Countess. 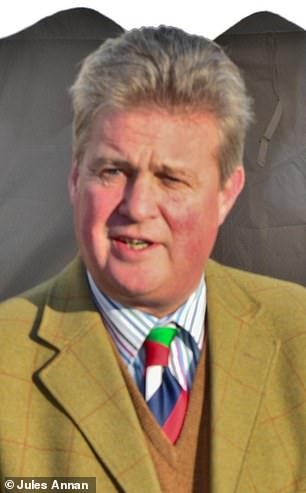 Allen Bathurst (pictured), who is the current Earl, said he and his stepmother ‘did not see eye to eye’

The Countess had renounced her U.S. citizenship in 2008 to escape paying American inheritance tax.

Lord Bathurst had accused his stepmother of a ‘lack of standards’.

Speaking to me the week after her death, Allen Bathurst said: ‘It was no secret that my stepmother, Gloria, and I did not see eye to eye, despite a number of attempted reconciliations being made, all of which were thrown back in our faces.’

He inherited the house and title on the death of his father.

However, Gloria brought a High Court action against him in 2017, as she unsuccessfully sought the ‘use and enjoyment’ of family portraiture and antiques worth an estimated £13million.

He claimed that Gloria traded on her aristocratic status after she became his father Henry’s second wife in 1978.

‘Having married into the family, she was happy to use the family name,’ Allen told me.

‘It was just disappointing that she could not follow in the manners, standards and loyalty of the family of the past.’ 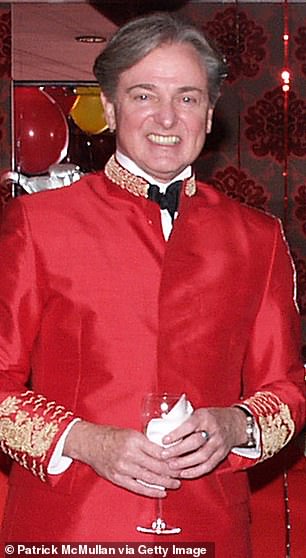 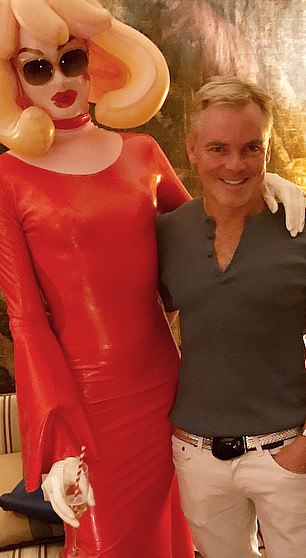 The vast bulk of Gloria’s £33.2million estate will now be shared equally between Grant White (right), an interior designer based in Fulham, and New Yorker Geoffrey Bradfield (left)

After the death of her eccentric husband, who was known as ‘Barmy Bathurst’, Gloria declined to renew the lease on Cirencester Park Polo Club, before eventually relenting.

Her husband had branded Prince William ‘some young yob in a beat-up car’ after his Land Rover was overtaken on an estate road by the Prince’s VW Golf.