An autistic five-year-old boy died after a blundering doctor gave him ten times the standard dose of insulin in a drip for an hour.

He was transferred to Sheffield Children’s Hospital the following day when his condition rapidly deteriorated, and he died on April 3 after a catastrophic brain injury.

An inquest heard how Shay had been treated for diabetic ketoacidosis (DKA), with a secondary potential diagnosis of sepsis, upon his admission.

But a drug prescribing error led to him receiving ten times the standard dose of insulin for one hour.

The junior doctor who administered the dose described how the accident and emergency department had been very busy and was short-staffed because it had been Good Friday.

Rotherham NHS Foundation Trust admitted the care it provided ‘fell short’ of what it would respect and said a ‘number of actions’ had been put in place to prevent future tragedies.

Doncaster Coroner’s Court heard how there had been delays in administering medication to treat Shay’s blood pressure and developing brain injury, and a delay in obtaining test results.

But the coroner Nicola Mundy concluded that none of the failures identified had contributed directly to the youngster’s death.

Ms Mundy said: ‘Shay Martyn Turner was admitted to Rotherham District General Hospital on March 30, 2018 — he was in shock and had a poorly diffused bowel with developing necrosis 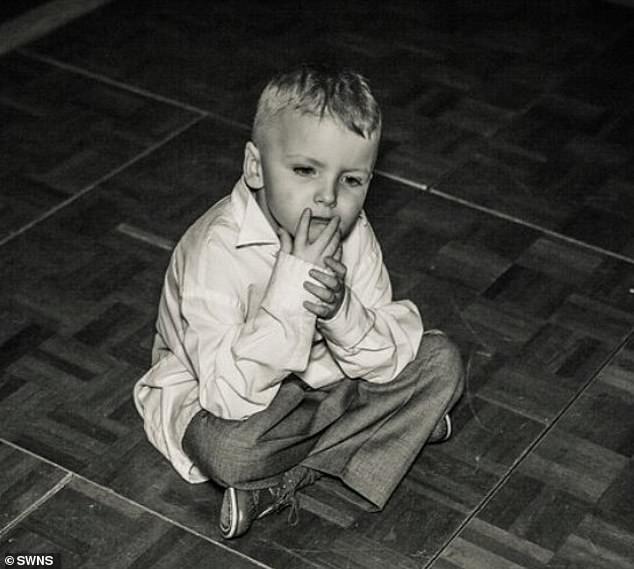 An inquest heard how Shay had been treated for diabetic ketoacidosis (DKA), with a secondary potential diagnosis of sepsis, upon his admission. But a drug prescribing error led to him receiving ten times the standard dose of insulin for one hour 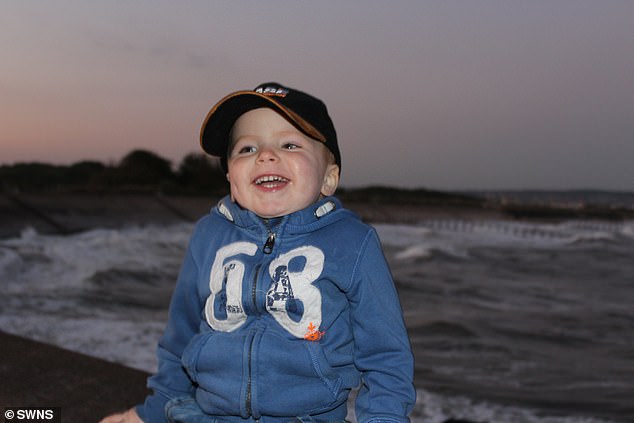 ‘The fluid regime was cautious due to the erroneous belief that he had diabetic ketoacidosis (DKA). These fluids and other supportive measures failed to improve perfusion of his organs and Shay continued to deteriorate.’

She added: ‘The development of cerebral edema (fluid on the brain) was a dire situation, carrying with it a high risk of mortality. Delays in administering treatment and the cautious fluid management regime are unlikely to have affected the outcome.’

Speaking after the inquest, Shay’s parents Martyn and Laura, both aged 29, told how they were still coming to terms with his death.

Laura, a marketing executive, said: ‘Shay was a truly incredible little boy and he lit up our lives every day. He was a happy, lively, fun-loving child and it still just doesn’t make sense that he is not here anymore. We miss him so much.

‘Knowing that he will never get to celebrate milestones in life such as passing his exams and getting married, things most people take for granted, is heartbreaking.

‘It remains a struggle to carry on without him even now. Losing him is a like a nightmare that we will never wake up from. Shay’s death has left a major hole in our lives that will never disappear. 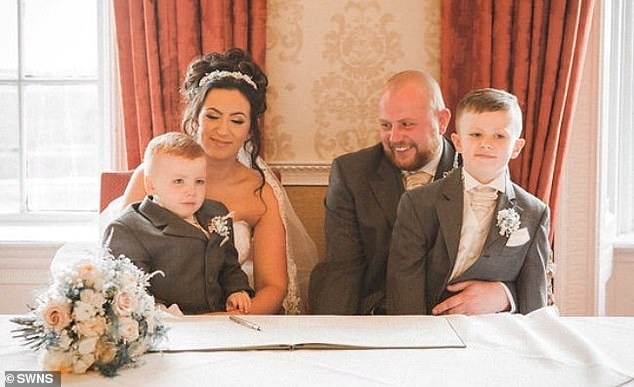 An investigation found that there had been several opportunities to improve the five-year-old’s care (pictured with parents Laura and Martyn Turner at their wedding in 2018 and older brother Finnley, then 7)

‘The inquest has been an incredibly difficult time and very emotional for us all. However, it was something we had to do to honour Shay’s memory. We needed to find out the answers as to why Shay died.

‘Whilst we are grateful to the coroner for the thorough investigation of Shay’s death, and appreciate that it must have been difficult for the coroner to conclude, given the complex medical evidence, we are disappointed of the overall outcome. 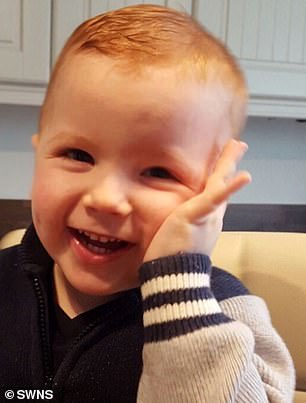 Doncaster Coroner’s Court heard how there had been delays in administering medication to treat Shay’s blood pressure and developing brain injury, and a delay in obtaining test results

‘It has left us feeling empty and lost. We welcome the proposed changes Rotherham Hospital is making to ensure no family ever has to go through this again. However, for us as a family this is too little too late. These multiple errors and failings happened to our little boy and we do not want him to be simply remembered as a mistake that has been learned from.

‘Whilst the coroner has concluded that none of the failures identified contributed directly to Shay’s death, hearing about them in evidence has been incredibly distressing.

‘I feel that these failures have resulted in us having to suffer the pain of having to wait several weeks to say goodbye to Shay and have his funeral, a 10-month police investigation and an inquest 17 months after his passing, all of which would not have been necessary had Rotherham Hospital not made these mistakes.

‘Having to endure these investigations has made coming to terms with what happened to Shay more difficult and prolonged our grieving for Shay.

‘While nothing will change what has happened, we just hope that the information revealed will ensure other families do not face the anguish and difficulties that we have had to endure.

‘What we have been through is every parent’s nightmare and we would not wish this on anyone else.’ 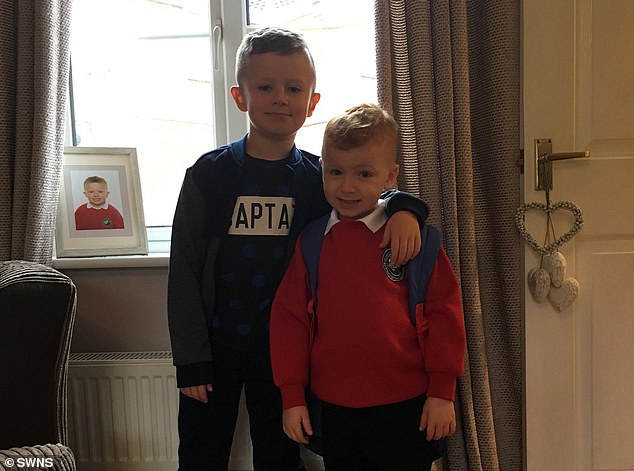 Shay on his first day of school with big brother Finnley in 2017. Coroner Nicola Mundy concluded that none of the failures identified had contributed directly to the youngster’s death

She added that it was ‘vital that lessons are learned’ and staff uphold the new measures put in place to improve patient care.

The joint investigation report by the hospital trusts found that Rotherham NHS Foundation Trust should take several ‘immediate actions’, which included a senior review and debrief of staff involved in Shay’s care and a review of the trust’s DKA policy to ensure it met national guidelines.

Dr Callum Gardner, executive medical Director at the trust, said: ‘The Rotherham NHS Foundation Trust accepts the conclusion of HM Senior Coroner and wishes to extend its deepest sympathies to the family of Shay Turner.

‘It has been recognised by the trust’s own investigation and in the inquest, that the care provided to Shay fell short of that which the trust would expect and we wish to once again sincerely apologise to Shay’s family for this.

‘As a direct result of this incident, a number of actions have already been put in place that we believe will further improve patient safety at the trust. The trust will now carefully review all of the evidence heard at the inquest and put in place measures to address the areas of concern outlined by the coroner.’