By Rita Sobot For Mailonline

A man has died off the coast of Mallorca while taking part in a European triathlon.

The 45-year-old man, reported to be a British fireman, died while swimming off the coast of Playa de Tora in the tourist resort of Peguera, Mallorca.

He had been taking part in a 1.9-kilometre swim for the Peguera triathlon but it is thought that he got into difficulty at 10am today around 600 metres from the shore.

Lifeguards pulled him from the water and performed CPR until medical teams arrived.

The 45-year-old man, reported to be a British fireman, died while swimming off the coast of Playa de Tora in the tourist resort of Peguera, Mallorca, during a European triathlon (stock image)

They continued their efforts for more than an hour but nothing could be done to revive him.

The athlete had suffered a cardiac arrest but also demonstrated symptoms of drowning, according to information from the emergency services.

A full investigation is now underway and a post mortem will confirm the exact cause of death.

Diario de Mallorca says his wife and children were on the beach and witnessed the tragedy which has caused great shock in the area, especially among other competitors. 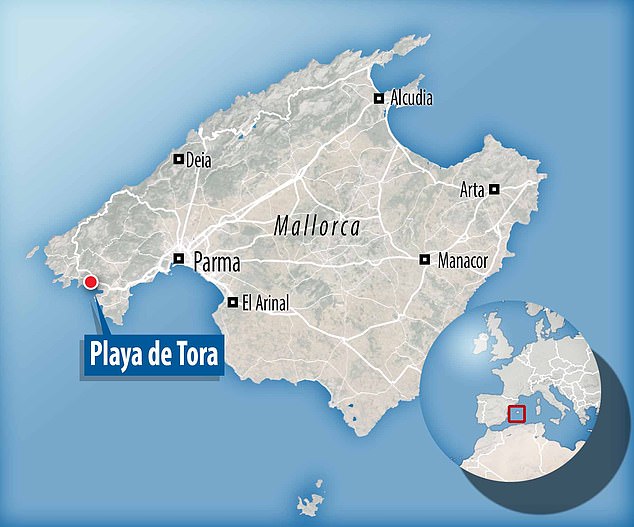 Organisers of the event have since confirmed the death online, releasing a statement in English on Facebook which read: ‘It is with deep regret that the organisers announce the death of a participant in the Challenge Peguera Mallorca 2019 triathlon event.

‘The athlete has required medical attention during the swimming segment and has been treated urgently by the medical services of the event.

Do you know the man involved?

If so, email: [email protected]

‘Our condolences to all the family and people close to the athlete, whom we will continue to support.

‘We are working closely with the security forces and local authorities to gather all the details about this event.

‘All sporting events will be held, including this afternoon’s awards ceremony, and out of respect for the family, celebration events are suspended.

‘Out of respect for the family’s privacy, for the time being, we will not make any further comments.’ 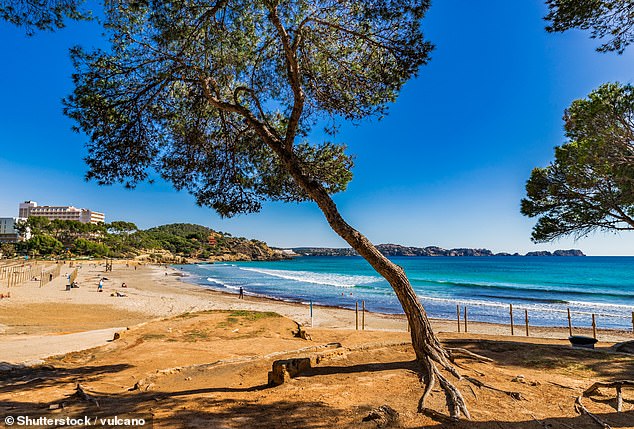 He had been taking part in a 1.9-kilometre swim but got into difficulty at 10am today around 600 metres from the shore (stock image)

The organisers did not confirm the man’s age or nationality but press on the island say he is British and aged 45.

The triathlon, which is the last race of the European circuit, was celebrating its sixth year with more than 1,200 athletes due to take part.

Triathletes from Germany, the United Kingdom, Spain, New Zealand, Italy, Brazil, Slovakia and Japan had flown to the island.

Calvià council expressed its condolences in a statement in which it said it ‘deeply regrets the death of an athlete that occurred during the swimming segment of the Challenge Peguera-Mallorca 2019 triathlon’.

The test consists of a 1.9 kilometre swim on the beach of Torà, followed by two laps on a circuit of 45 kilometres by bicycle and then 23.36 kilometres of running.