President John F Kennedy was with his mistress while Jackie was giving birth to their child says Carly Simon, who reveals how first lady helped her when she entered rehab for opioid addiction

By Chris Spargo For Dailymail.com

Jackie Kennedy was very much aware of her husbands’ affairs reveals Carly Simon in her new book Touched By the Sun: My Friendship with Jackie.

Simon spoke about President John F Kennedy and Aristotle Onasis’ extramarital relationships in an interview with NBC News, and how they affected her good friend.

‘In a cheerful but resigned way, she told me that of course she knew about them,’ writes Simon in her book, which is on bookshelves today.

‘She just didn’t mind their presence as much as she might have. Because she knew he [Kennedy] loved her much, much more than any of his dalliances.’

Some of these transgressions were far more difficult for Jackie to to accept however said Simon.

Opening up: Carly Simon (above) writes about her friendship with Jackie Kennedy in her memoir Touched by the Sun, which is on bookshelves today 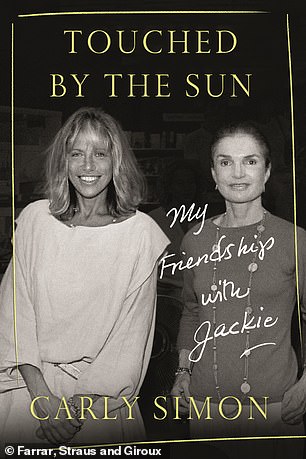 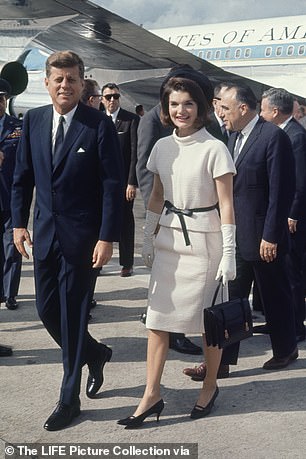 Something rotten in Camelot: She reveals that Jackie told her President Kennedy was with his mistress when she gave birth to their child, confirming a long held rumor

‘For instance, his not being there for the birth of a child, his being off with a mistress while she was in the hospital,’ said Simon of President Kennedy being absent for the birth of one of his children.

‘There are various things that he did that by comparison to having a mistress must have hurt more.’

President Kennedy was present for the birth of his two sons, John jr and Patrick, as well as daughter Caroline.

He was not present however when Jackie delivered a stillborn daughter in 1956, and as was reported at the time was instead on a yacht with friends – and his alleged mistress.

Simon reveals for the very first time in the memoir that she entered rehab to battle a opioid addiction.

She also reveals that it was Jackie who helped her through that difficult time.

Simon said that she was only allowed to make one call a day at the facility, and that those calls almost always went to the same person.

‘She was being the mother that I never had. And she was not judging me. She was just so supportive and funny at the same time.’

The singer, 74, said that it was her friend’s bracing, and at times brutal, honesty that she most valued over the years.

‘She gave me advice like nobody else did,’ said Simon.

‘Other people would be too nervous to tell me what they really thought about certain things…But Jackie was forthright.’

Jackie was also ‘really interested’ in Simon’s life after the two were introduced by John F Kennedy Jr in a Martha’s Vineyard restaurant.

‘I think she saw in me something that she wanted to have a little bit of herself,’ said Simon.

‘I think she saw a free spirit who had the license to be, in a rock and roll kind of way, loose as a goose. And I could smoke a joint if I wanted to.’