By Deirdre Durkan-simonds For Dailymail.com

‘Happy World Down syndrome awareness day, everybody!!’ Scorsone captioned the clip, with two heart emojis. ‘Sending love and alphabets from our family to yours!!’

In the cute footage, the Grey’s Anatomy star wordlessly signed the ABC’s, as her daughter correctly identified each letter aloud.

‘Yay! Pippa is smart!’ the actress said, upon reaching ‘Z’ together and holding up the sign for smart.

Last March, Scorsone revealed that raising a daughter with Down Syndrome radically changed her ‘concept of what motherhood was.’

The ABC actress talked about what it was like to raise Paloma on an emotional episode of the Motherly podcast. 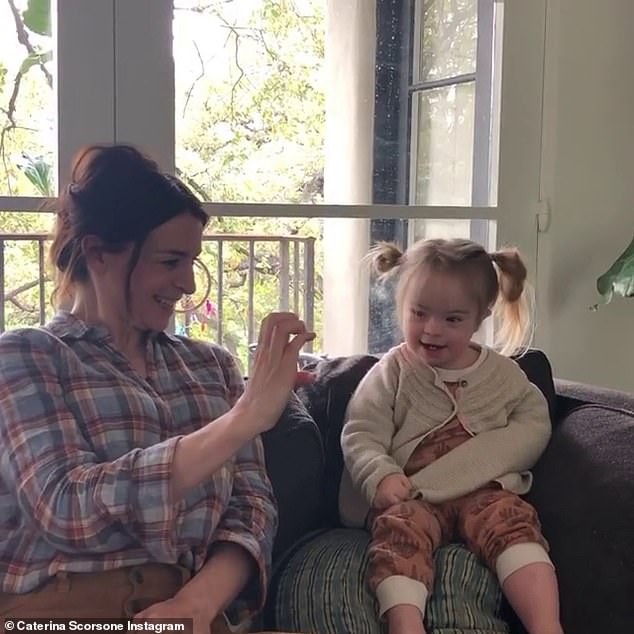 ‘Happy World Down syndrome awareness day, everybody!!’ Scorsone captioned the clip, with blue and yellow heart emojis. ‘Sending love and alphabets from our family to yours!!’

Admitting she had it all wrong in the beginning, the mom said: ‘What I unconsciously thought about my job as a mother was that I was supposed to equip her to survive in a competitive world.’

In the interview the actress confessed that she was set ‘into a tailspin’ upon learning about Paloma’s genetic disorder, which includes ‘some physical differences and some cognitive differences.’

But then she had an epiphany.

‘This simple voice came to me where I was like, ‘I don’t know what to do — oh, I’m supposed to keep her safe and I’m supposed to make her feel loved,” she said. ‘And suddenly my understanding of my job as a mother completely distilled and opened.’ 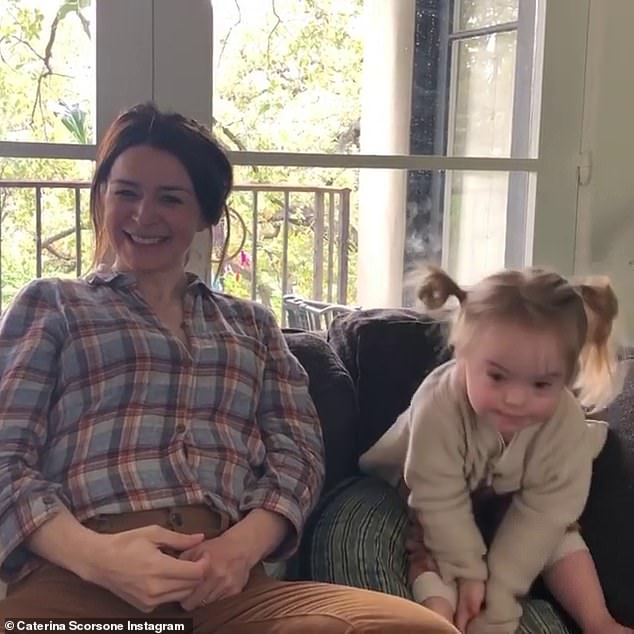 Mother daughter duo: In the cute footage, the Grey’s Anatomy star wordlessly signed the ABC’s, as her daughter correctly identities each letter aloud 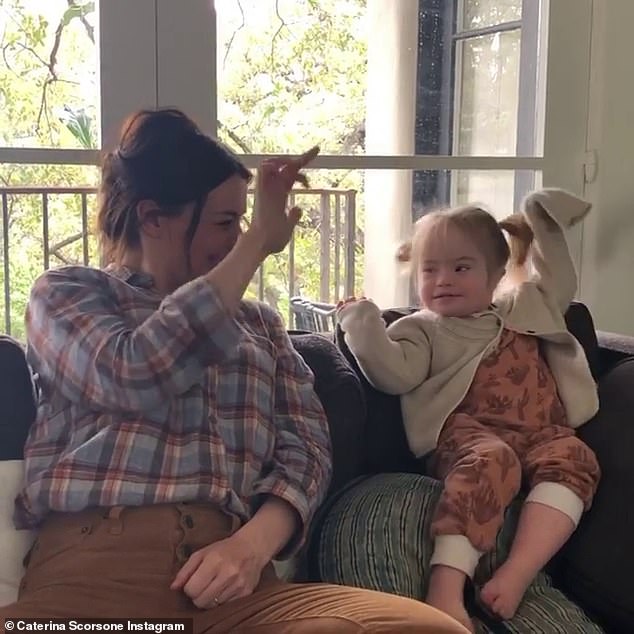 Still, she had some problematic preconceived notions about her condition.

She explained: ‘I saw how I was loving my first daughter, Eliza, for her qualities. I loved Eliza so much because she was so clever, and she was so beautiful and she was so funny … but all those things were external qualities.

‘I had to confront that thought experiment of “I don’t know if [Pippa is] going to be clever, I don’t know if she’s going to be funny,”‘ she said. ‘And now that I know more about Down syndrome, I’m like, “Oh, what a stupid thought I had.”

‘But I didn’t know, and it forced me to realize that I was loving my other daughter and everyone, including myself, for absolutely the wrong reason. I was loving people for their external qualities and not for their essence.’

She said the pivot in perspective ‘was the most healing and nourishing gift that I could have possibly been given by the universe.’

Offering her advice to parents in the same situation, she said, ‘It’s important to ‘create a safe space for them to feel all of the feelings that they’re having.’