Coronation Street’s Jack P. Shepherd stocks up on dog food and beer as he pops to the shops with girlfriend Hanni Treweek

And Jack P. Shepherd cut a casual figure as he stepped out to do some shopping with his girlfriend Hanni Treweek in Manchester on Thursday.

The actor, 32, looked stylish in a yellow button-up shirt, sunglasses and Converse trainers as he unloaded the boot.

Stocking up: Coronation Street’s Jack P. Shepherd popped to the shops near his Manchester home on Thursday with girlfriend Hanni Treweek

The soap star appeared to stock up on dog food and beer at Sainsbury’s as he spends time in lockdown with Hanni.

She was looking ready for summer in a long-sleeved white frilly dress which she paired with a pair of chunky black boots.

The beauty let her blonde tresses hang in loose waves and accessorised with a small handbag. 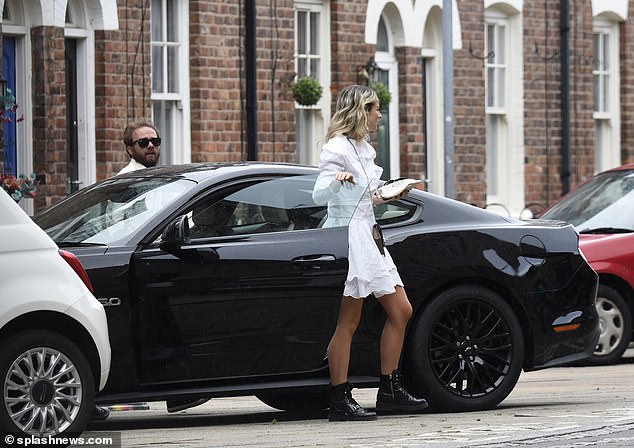 Outing: The soap star appeared to stock up on dog food and beer at Sainsbury’s as he spends time in lockdown 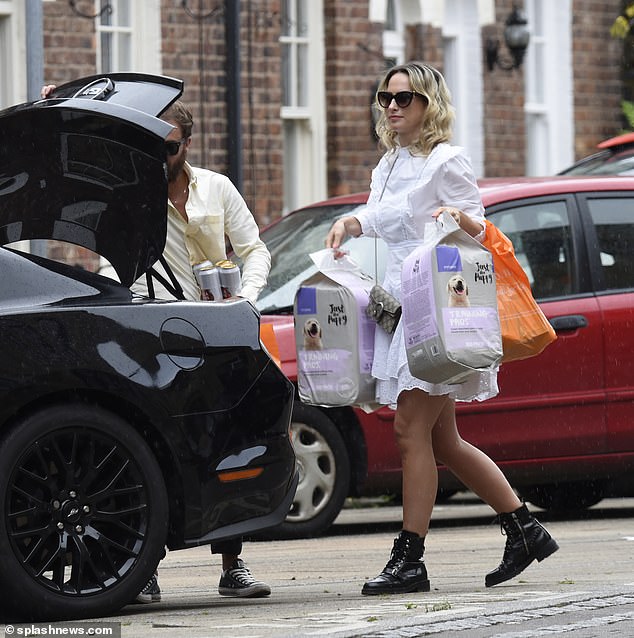 Stylish: Hanni looked fashionable in a long-sleeved white frilly dress which she paired with a pair of chunky black boots

The outing comes after Jack looked to be in the full throes of lockdown as he sported a very full beard, which recently featured in a hilarious Instagram video of him imitating X-Men’s Wolverine.

Jack was a dead ringer for the character famously played by Hugh Jackman as he went shirtless to do his sweaty workout.

He had found a novel way to keep in shape as he showed he was watching a video of Hugh, 51, rehearsing running on set as Wolverine.

Taking to the caption, he wrote: ‘Do I get the part? @thehughjackman’ 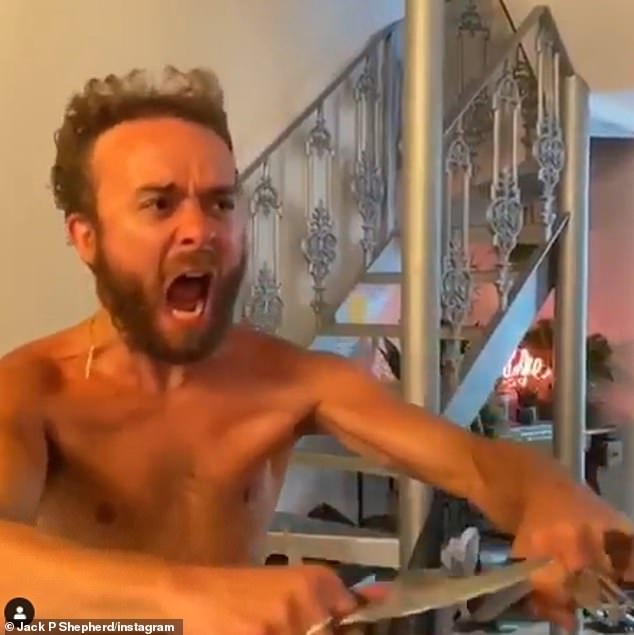 What would Gail say? Jack went shirtless as he transformed into Wolverine for a bizarre workout video taken in his living room on Monday

Brooke Vincent, who plays Sophie Webster in the ITV1 soap, wrote: ‘Why do you look like the mayor from the grinch?’ 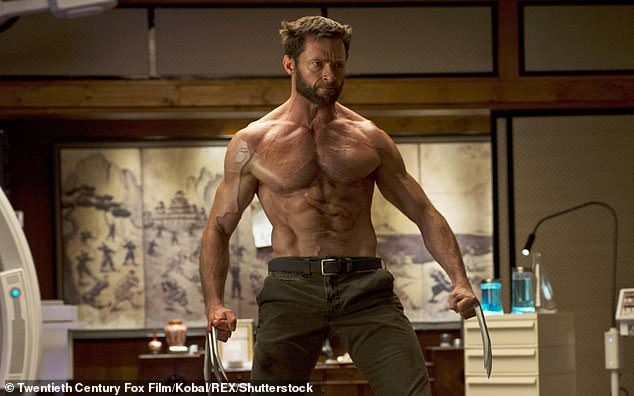 ROOOOARRR! Hugh Jackman famously played the role of Wolverine in the Marvel films (still from The Wolverine, 2013)