NHS staff have been targeted by muggers trying to steal ID cards to take advantage of free food and drink offered to those tackling the coronavirus crisis.

Two staff members, thought to be doctors, were attacked outside Lewisham Hospital in South East London last week by thieves who tried to steal their NHS badges.

The thieves, who approached the staff members as they walked through a park around the back of the hospital, were unsuccessful.

Two staff members, thought to be doctors, were attacked outside Lewisham Hospital in South East London (file picture) last week by thieves who tried to steal their NHS badges

But health bosses have warned all hospital staff to hide their NHS identification when they are outside work amid fears they could continue to be targeted.

Staff at Lewisham and Greenwich NHS Trust’s two hospitals were warned about the issue in a memo issued on Monday.

It said: ‘Following reports of an attempt to take the ID badges of two members of staff as they were leaving work, please make sure your ID badge is out of sight.’

Companies including Greggs, Pizza Hut and Burger King have offered free food to NHS staff battling to fight the disease.

Chief nursing officer for England, Ruth May, condemned the attempts to rob staff. 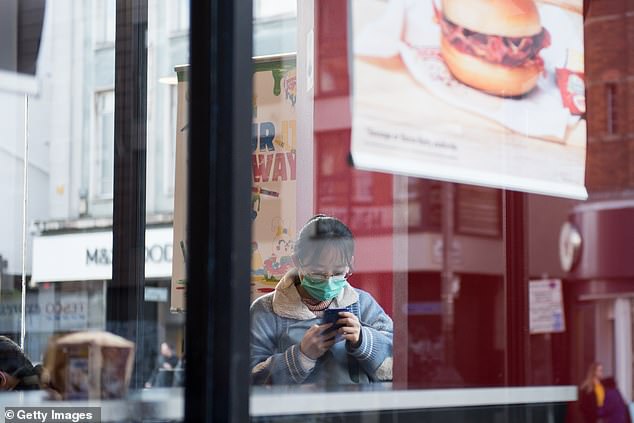 Companies including Greggs, Pizza Hut and Burger King (pictured in London on March 1) have offered free food to NHS staff battling to fight the disease

She said: ‘Our NHS staff are pulling out all the stops in the face of an unprecedented global health threat, so these reports are really concerning.

‘We have seen some extraordinary acts of generosity from businesses and the public, and this will not be overshadowed by the actions of an idiotic few.

‘But I would urge everyone to show NHS staff the gratitude they deserve and help them to do what they do best.’

A spokesman for Lewisham and Greenwich NHS Trust: ‘We are giving staff the advice which is being given across the NHS for all staff not to wear name badges outside work.’

NHS England and Scotland Yard have also both been contacted for comment by MailOnline today. 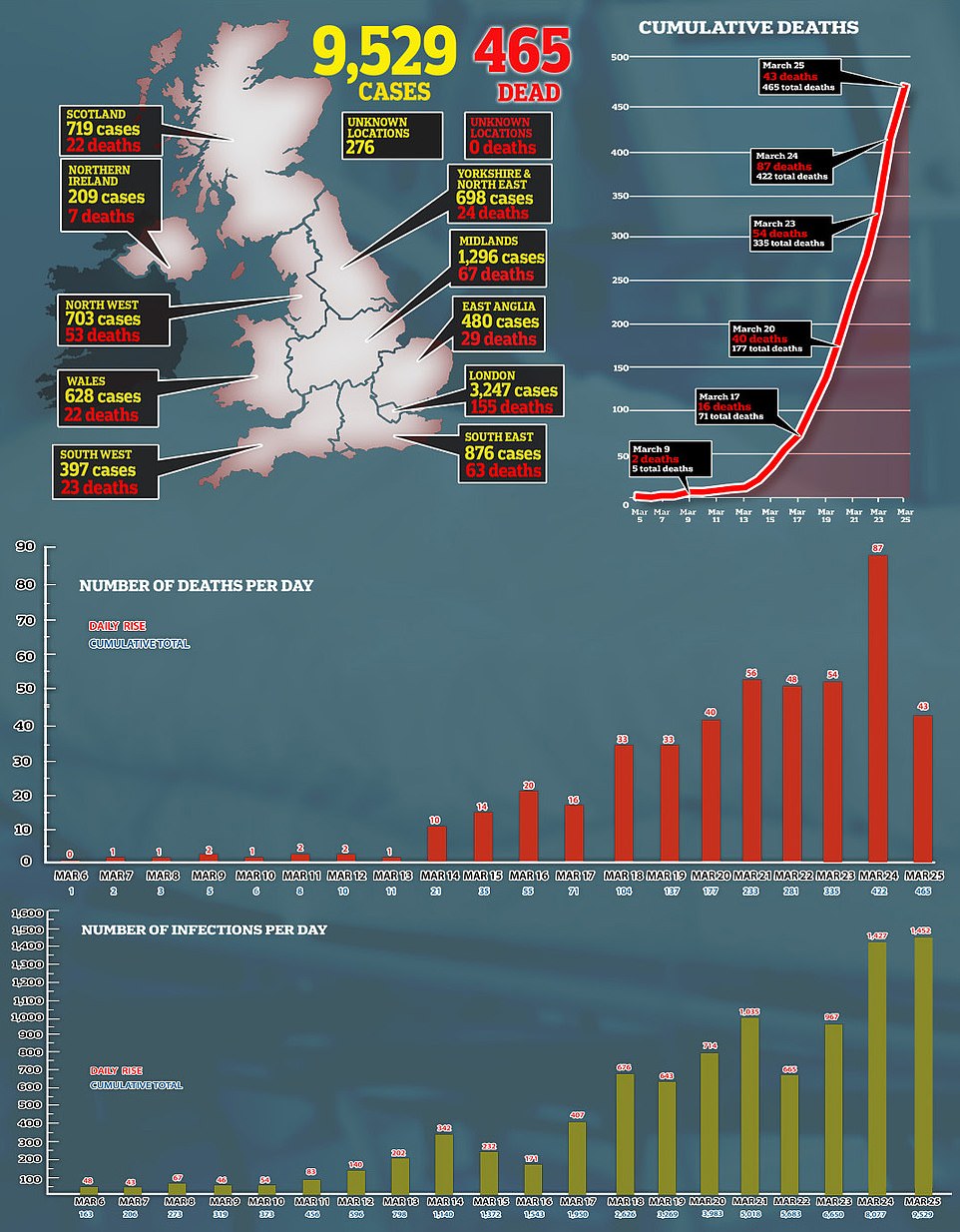 Yesterday as forces stepped up their response to the UK lockdown brought in on Monday, some officers were met with resistance.

In Leeds, police had to make a number of arrests after breaking up a large gathering in Banstead Park.

Greater Manchester Police announced they had dispersed 24 large gatherings in less than 24 hours and had to advise 64 businesses, including pubs and shops, that they should not be open.

Other forces reported a surge of mindless violence by bored yobs.

In Merseyside, a hospital worker was attacked with a bike saddle by a group of teenagers as he went to buy groceries.

The radiographer at Arrowe Park Hospital on the Wirral needed seven stitches after he was targeted by four youths outside an Asda supermarket in Birkenhead.

Elsewhere in Merseyside, a group of children became involved in a standoff with police after climbing onto a leisure centre roof for an hour and refusing to come down.

Derbyshire Police revealed they were investigating a vicious assault on a farmer who was punched 15 times and kicked in the ribs when he asked a Peak District walker to ‘go home’.

The victim, from Edale, was ‘left shaken and bruised’ after he was assaulted while disinfecting his gates on Sunday due to hundreds of people walking past.