The menace of county lines has seen crime in the most affluent areas rise faster than anywhere else in the country, analysis shows.

The number of robbery, theft and drug offences in the wealthiest districts is outstripping the national average by up to four times as criminal gangs branch out from urban areas to target rural and suburban communities.

The figures show that theft has increased nationally by 4 per cent since 2018, but in the top 10 per cent of the richest areas the figure is 16 per cent.

Drug offences in the least deprived communities are also up 16 per cent, compared with 12 per cent across the rest of the country.

Drug offences in the least deprived communities are up 16 per cent, compared with 12 per cent across the rest of the country (file image)

According to an analysis of Home Office figures broken down by neighbourhoods and household incomes, robbery offences rose by 26 per cent in the wealthiest areas, compared with 11 per cent elsewhere.

The data also suggests violent crime, robbery and theft are increasing faster in rural communities than in urban areas.

The Sunday Telegraph analysis suggests that the demand for drugs in wealthy areas may be triggering a new crime wave as rival gangs battle for control of the lucrative trade.

In parts of Abingdon, Oxfordshire, where the average household income is almost £55,000 a year, drug offences have soared by 60 per cent in a year.

Police leaders have attributed the rise to the impact of the county lines drugs trade, with more than 2,000 networks operating across the UK raking in up to £800,000 a year each.

The number of county lines operations – gangs from big cities expanding their operations to smaller towns using dedicated mobile phone lines to sell drugs – has increased from 720 in 2017 to more than 2,000 today. 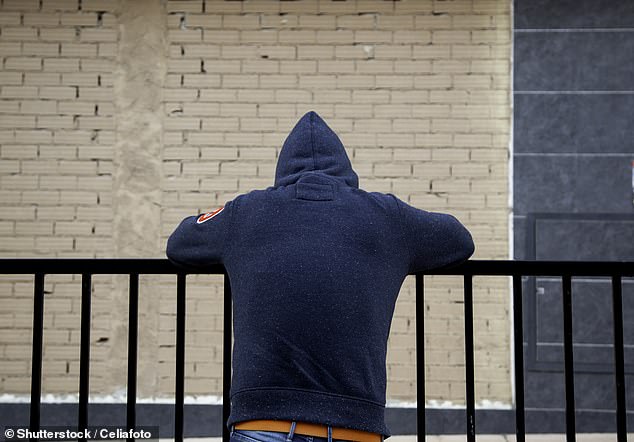 The number of county lines operations – gangs from big cities expanding their operations to smaller towns using dedicated mobile phone lines to sell drugs – has increased from 720 in 2017 to more than 2,000 today (file image)

Separate figures published by the Office for National Statistics last week showed that there has been an 11 per cent year-on-year increase in robbery to 88,177 offences, or 242 a day.

The ONS said it was likely to have been caused by a rise in the number of robberies rather than any change in police recording practices.

Theft has also risen by 11 per cent in the past two years with more than two million offences recorded between July 2018 to June 2019.

Police minister Kit Malthouse singled out county lines operations, saying: ‘With 20,000 more police officers in the pipeline and urgent action on a number of fronts, not least drug-dealing county lines, we are making progress.

‘But there is a lot more to do and we have to get smarter and more focused.’

Yesterday, Anthony Stansfield, the Police and Crime Commissioner for Thames Valley, said: ‘This shows the challenges of tackling drug crime are not limited to the big cities, which is why we have been calling on the Home Office to review the police funding formula… to tackle the very real problems we experience.’

Michael Lane, the Hampshire Police and Crime Commissioner, said: ‘Whilst the figures highlighted refer to a very small number of low-level crimes, drug use on our streets does create fear and insecurities amongst residents.

‘County lines and criminals preying on the vulnerable is a security matter for us all. National, regional and local policing action is key.’