By Alexander Robertson For Mailonline

Midrar’s parents Karwan Ali and Shokhan Namiq had taken their fight to keep him alive to the Court of Appeal after a judge concluded he was brain stem dead.

Mrs Justice Lieven, who analysed evidence at a trial in the Family Division of the High Court in Manchester, recently ruled that life-support treatment could lawfully end.

They said Midrar is still growing and say doctors cannot be sure that he will not improve.

Mrs Justice Lieven heard that Midrar had been starved of oxygen due to complications at birth and had been placed on a ventilator.

Bosses at St Mary’s Hospital in Manchester asked the judge to rule that ventilation could lawfully be withdrawn so Midrar could be allowed a ‘kind and dignified death’.

Mrs Justice Lieven said she had ‘no doubt’ that Midrar was brain stem dead.

She said the medical evidence was clear and consistent. 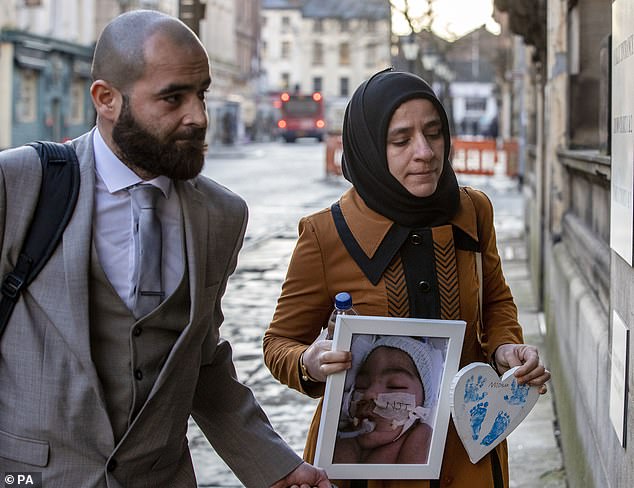