Dominic Cummings has parked his tanks on Sajid Javid’s lawn by getting involved in Budget planning amid claims the pair have repeatedly clashed since Boris Johnson became PM.

The Budget will be held on March 11 and preparations for the major fiscal event are usually the sole preserve of the chancellor of the day.

But Mr Cummings is reportedly trying to play a role in setting the government’s direction on tax and spending.

Sources told The Times that the PM’s top aide is working ‘pretty much full time’ on what should be included in the Budget and what should be targeted in the government spending review.

Mr Cummings is determined to make sure the government delivers on a Tory manifesto pledge to ‘level up’ the whole of the UK.

But his involvement in the Budget process is likely to further inflame tensions with Mr Javid and the Treasury.

It comes after allies of the Chancellor said they believe he will not be sacked in next week’s Cabinet reshuffle despite reportedly repeatedly butting heads with Mr Cummings.

The Prime Minister is expected to shake-up his ministerial top team now that the UK has left the European Union.

There had been speculation that Mr Javid was on course to be the most high profile casualty of the reshuffle. 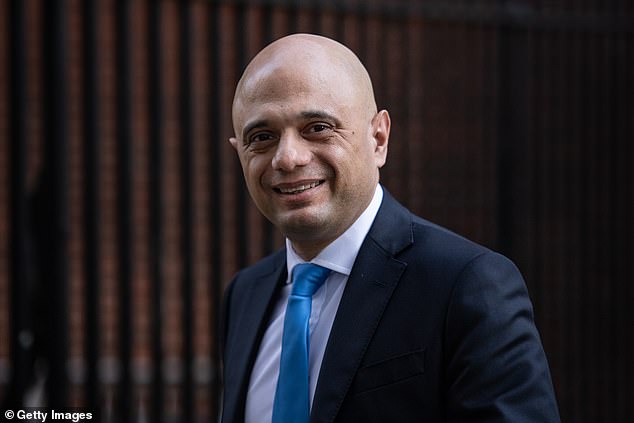 Any involvement from Dominic Cummings in the Budget process is likely to inflame tensions with Chancellor Sajid Javid, pictured in Downing Street today

But Mr Johnson has apparently given the Chancellor a private assurance that he will not be changing the occupant of Number 11 Downing Street.

Supporters of Mr Javid said his position was ‘looking shaky’ last week but he now appears to be ‘pretty safe’.

The relationship between Mr Javid and Mr Cummings was reportedly ‘irrevocably’ damaged by the latter’s decision to remove two of the Chancellor’s special advisers.