Now that is a wise telephone! Driver and not using a wing mirror places his cell into selfie mode to assist him reverse his cement mixer down the road

A driver used selfie-mode on his telephone to reverse a concrete mixer down a residential avenue as he had no wing mirror.

Within the weird clip, the orange concrete truck makes a right-hand bend in Erith, Larger London, earlier than stopping abruptly.

The driving force, who’s filming the second, stops their car and provides the lorry sufficient house to drag into the facet or head within the different path. 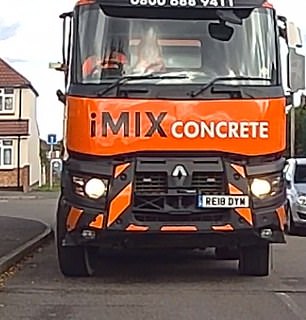 A driver abruptly stops his lorry (pictured left), which is carrying cement mixer, and fishes out his cell phone earlier than balancing it in selfie-mode to get a view of the street so he can reverse (pictured proper)

However the concrete mixer’s driver then pulls out his telephone and holds it outdoors his mirror, in what seems to be a very good view for seeing behind his car on the road.

As he nonchalantly whips out his machine, it will seem as if he had deliberate to make use of it or has carried out earlier than.

He then tilts it side-ways to get a wider search for driving backwards, within the clip posted on October 9. 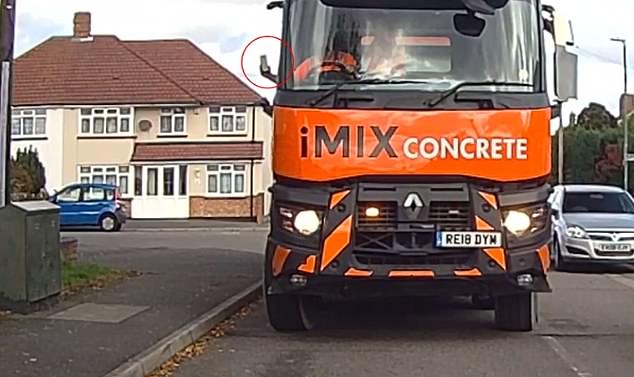 He steers the wheel whereas balancing his proper arm on the open window, holding his telephone, within the dashcam footage shared on October 9 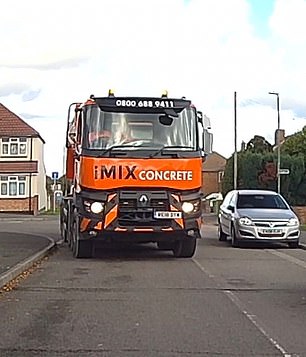 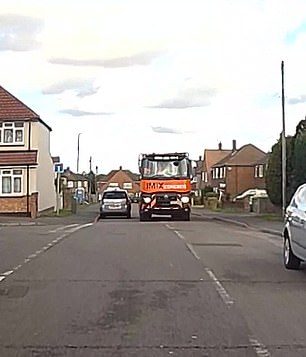 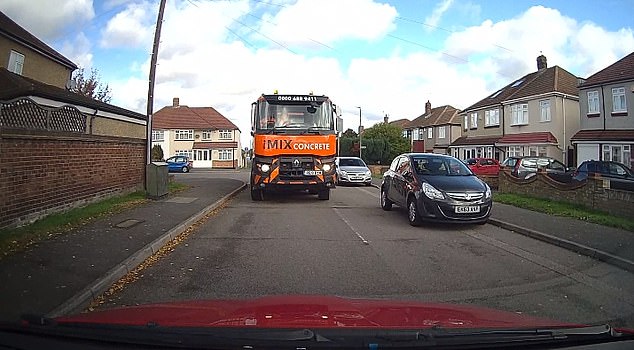 Moments later, the clip zooms in and reveals the motive force fiddling along with his cell earlier than lastly deciding to relaxation his arm on the open window with the telephone.

He steers the wheel in his different hand and makes a assured reverse – narrowly lacking a curb and making his approach up the road.