Extinction Rebellion fortnight of aggravating Londoners dragged on today as the group’s diehards occupied one of the capital’s busiest road junctions.

The wind was taken out of the zealots’ sails yesterday when commuters sick of delays and mayhem took steps to arrest demonstrators themselves at Canning Town tube station.

But despite apologising over the violence and scaling down a planned shutdown of Gatwick Airport, Extinction Rebellion resumed their disruption this morning, setting up a wooden structure at the junction of Oxford Street and Regent’s Street.

Pictures from the scene showed police, whose resources have been stretched by two weeks of stunts, move in after activists built a wooden structure in the middle of the road. 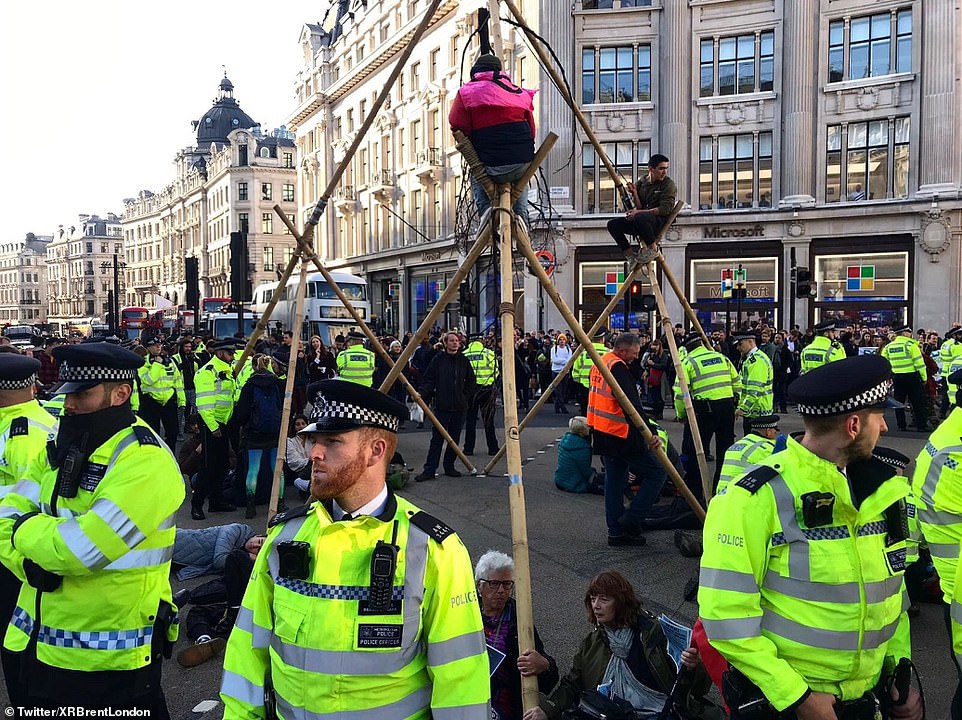 Activists built a wooden structure at the junction of Oxford Street and Regent’s Street, forced police to move in en masse 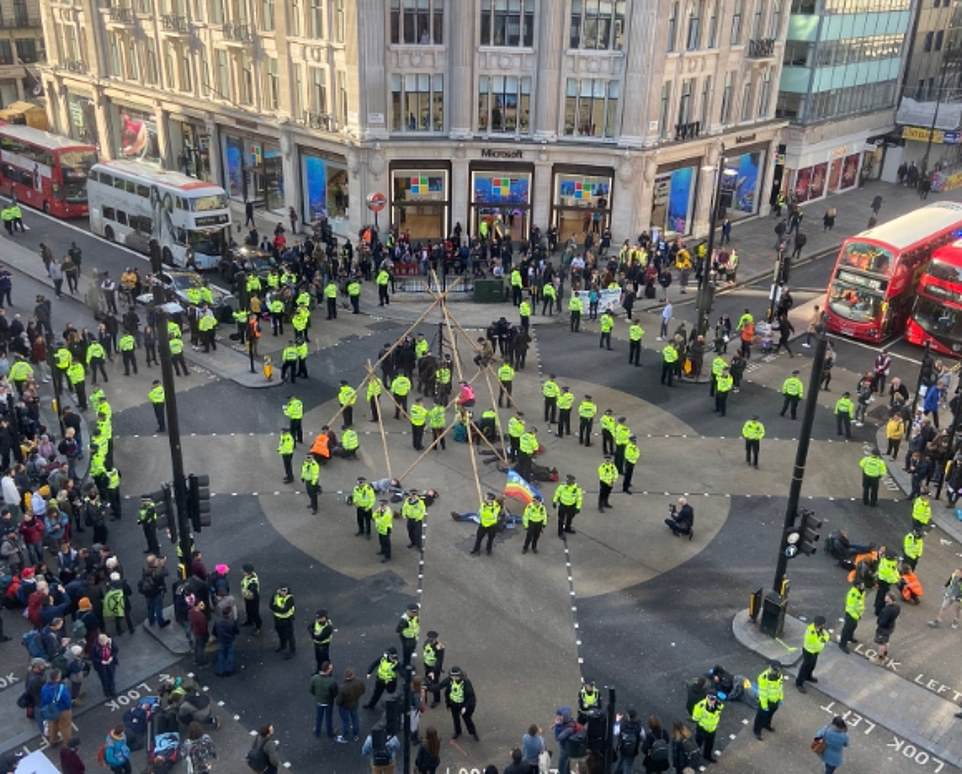 The group, whose cause suffered a setback when an activists resorted to violence yesterday, admitted they were low on numbers