Former Cardiff and Southend defender Chris Barker has died at the age of 39.

World in Motion, the agency who represented Barker when he was a player, confirmed his ‘untimely and tragic passing’ on Thursday morning with a post on Twitter.

Their statement read: ‘It is with great sadness that we learn of the untimely and tragic passing at the age of 39 of Chris Barker.

‘Chris was a client throughout his outstanding playing career of over 500 League games for clubs including Barnsley, Cardiff City, Queens Park Rangers and Plymouth Argyle. Moreover, Chris was a wonderful person, an absolute gentleman and a pleasure to work for.’

Cardiff have also released a statement to offer their condolences to Barker’s friends and family, adding that a tribute to the former player would be arranged in the coming days.

‘Cardiff City Football Club has been deeply shocked and saddened at the passing of our former defender, Chris Barker.

‘Chris was an extremely popular player both on and off the field, serving the club with distinction between 2002 and 2007. He was awarded the Cardiff City FC Player of the Season award for his efforts during our 2004/05 campaign.

‘We offer our deepest condolences to Chris’ family, friends, former team-mates and colleagues. He will be greatly missed by us all.

‘Details of a Club tribute to Chris will follow in the coming days. On behalf of Chris’ family, we’d ask for them to be afforded privacy at this very difficult time. 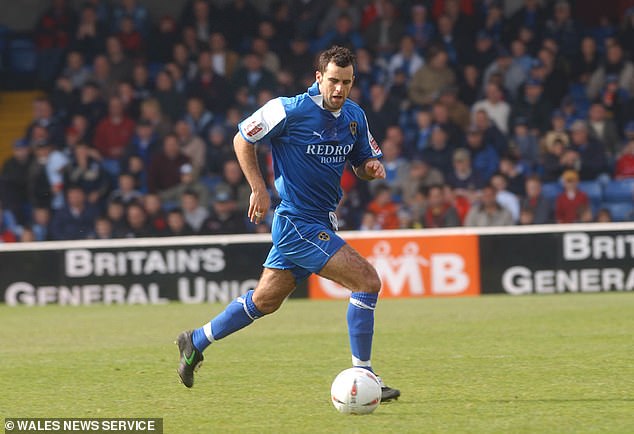 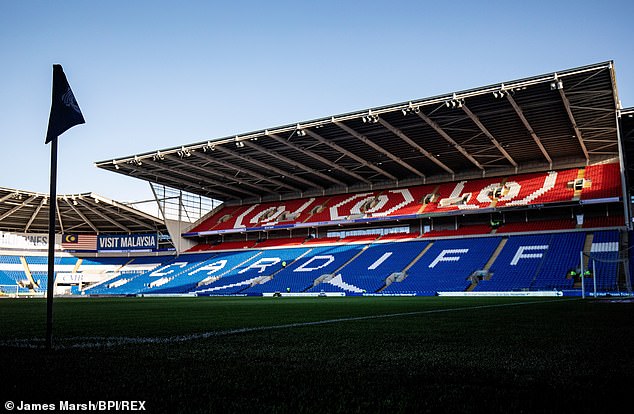 Cardiff have paid tribute to former player Barker, saying he will be ‘greatly missed by us all’

Meanwhile, Barnsley said they would wear black armbands in their game against Derby on Thursday evening.

‘Everyone at Oakwell is deeply saddened with the news that former player, Chris Barker, has passed away.

‘The squad will be wearing black armbands this evening against Derby County. Our thoughts remain with Chris’ family and friends at this sad time.’

Former team-mates have been leading the tributes to Barker on social media.

Wales international Joe Ledley was at Cardiff with Barker and he posted: ‘Devastating news to hear the loss of Chris Barker my thoughts are with his family and friends, One of the most down to earth guys I’ve met. Will be truly missed. Rest In Peace barks.’

Darren Purse, who captained Cardiff, posted: ‘Waking up this morning to the terrible news that Chris Barker is no longer with us. A very hard working, loyal and trustworthy man who will be sadly missed. Rest well Barks. #RIPBarks.”

Andy Campbell, who played as a striker for the Bluebirds, tweeted: ‘RIP Chris Barker, so so sad. A friend, a teammate & all round nice fella.’

The cause of death has not been confirmed but there are no reported suspicious circumstances.

Barker started his career with Alfreton Town in 1997. He later moved on to Barnsley and then Cardiff. He played more than 170 games for the Bluebirds before later turning out for Southend.

It is with great sadness that we learn of the untimely and tragic passing at the age of 39 of Chris Barker. Chris was a client throughout his outstanding playing career of over 500 League games for clubs including Barnsley, Cardiff City, Queens Park Rangers and Plymouth Argyle. pic.twitter.com/jQ4EfobCxn 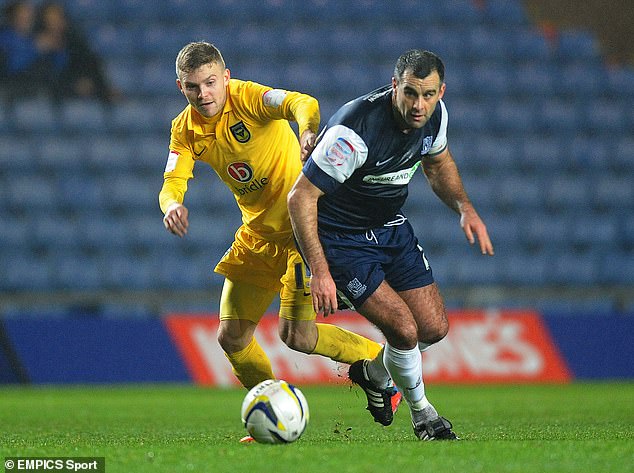 His passing comes just weeks after he did an interview with Cardiff City reflecting on his time with the club.

‘The move to play at Ninian Park was something new for me, really,’ he said. ‘I’d been playing at Oakwell, which was brand new at the time when I was starting out, but it was great to join a club with a proper old-school ground.

‘The supporters were fantastic to me throughout my time at the Club. I received player of the year one season, after I’d come back from a loan at Stoke City. 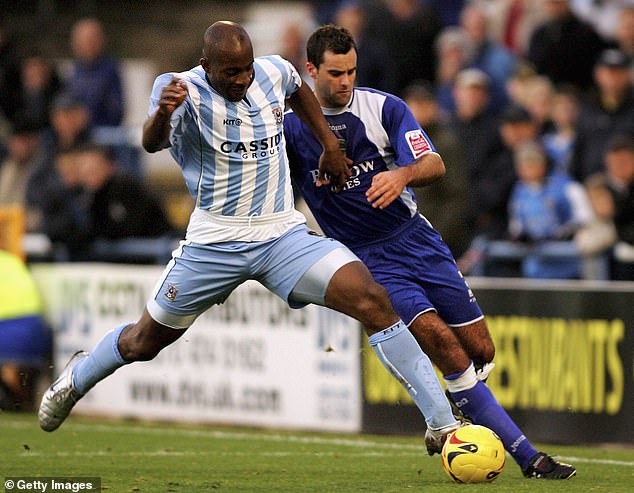 Honours: Won promotion to First Division with Cardiff in 2003

‘I think that was a highlight for me during my time at the club. To come back from that loan spell at the beginning of the season to then play around 40 matches for City was good enough in itself, but for the paying fans who come out every week and watch to then vote for me at the end of that campaign was an achievement that I am still proud of to this day.

‘The club has come so far very quickly in a short period of time. It’s been great to watch them during the years since I stopped playing for them, and I’m proud if I’ve played even a small part in their history.’

Barker, who also played for Stoke, Colchester, QPR, Plymouth, Aldershot, Hereford and Weston-super-Mare, is believed to have left behind a partner and two daughters.

Barker’s brother Richie is assistant manager at League One side Rotherham.

For confidential support in the UK call the Samaritans on 116123, visit a local Samaritans branch or click here for details.