Former NRL star Sam Burgess has had his fair share of ups-and-downs over the past year following his split from wife, Phoebe.

But life looks to be coming together for the 31-year-old, who spent quality time with his two children Poppy, three, and Billy, one, on Tuesday.

The strapping former footballer looked every inch the doting dad as he held hands with the youngsters at a park.

Daddy! Former NRL star Sam Burgess, 31, was every inch the doting dad as he spent quality time with his kids Poppy, three, and Billy, one, (all pictured) on Tuesday

Sam proved to be active with the two little ones, carrying them on his shoulders at one point while also joyfully holding them up in the air.

The kids were clearly enjoying themselves, as Sam doted on them while cradling them in his arms.

During the visit, Sam was joined by his mother Julie. She also appeared to relish the quality time with her grandchildren. 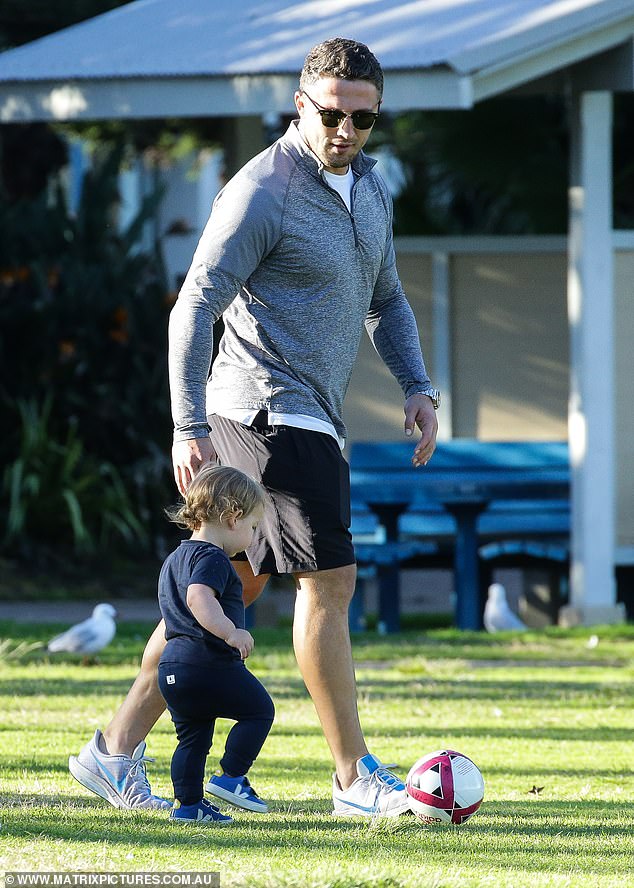 Active: Sam kicked the soccer ball around with his young son Billy, one 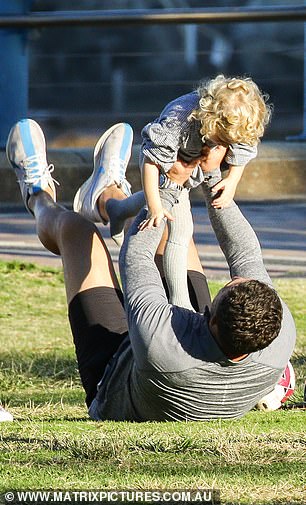 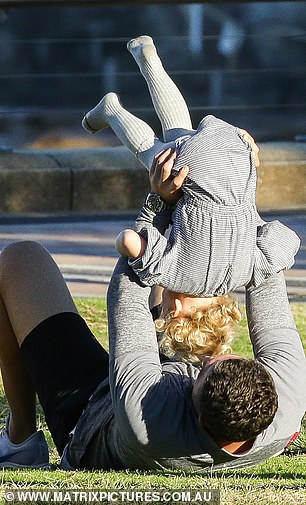 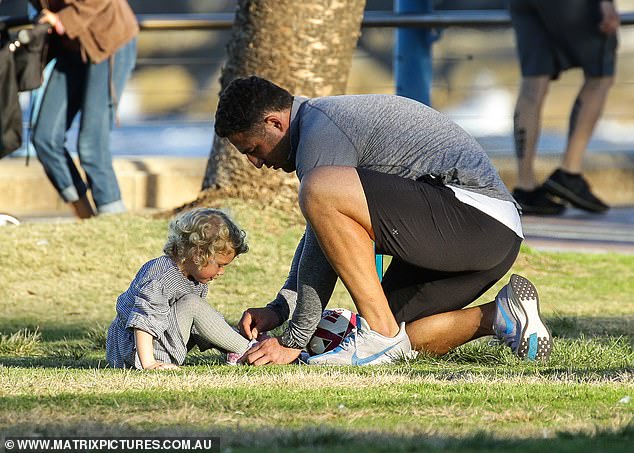 Doting: The father even fixed little Poppy’s shoes at one point

Sam kept his look low-key for the outing, wearing a grey Nike jumper, a white T-shirt along with a pair of black shorts. 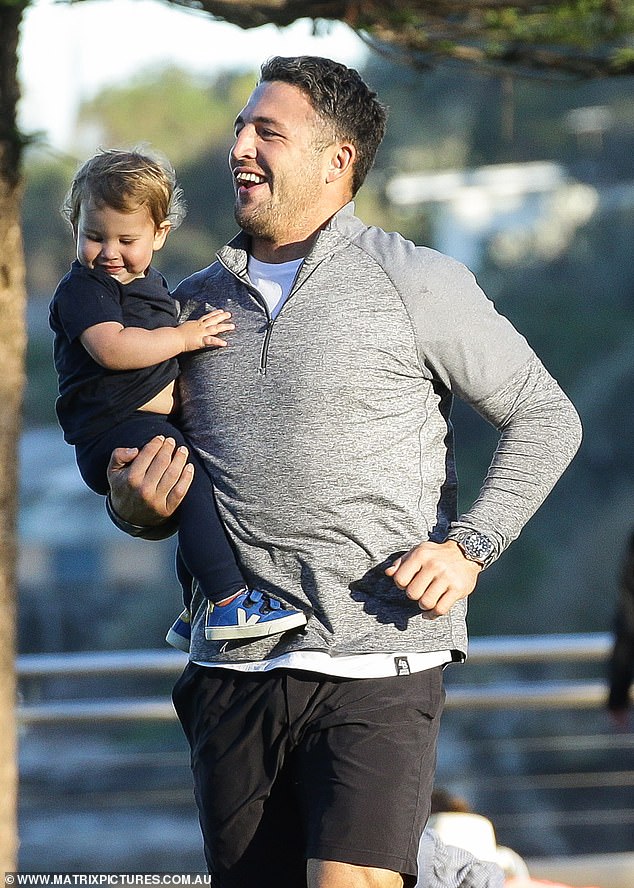 Back to normal! Sam was seen smiling as he held a grinning Billy at one point 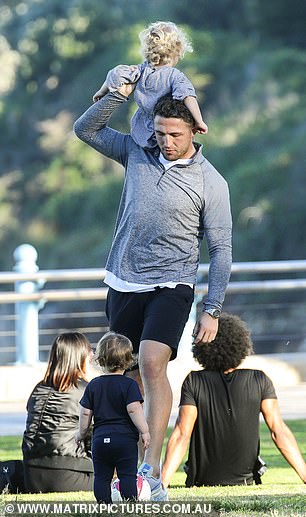 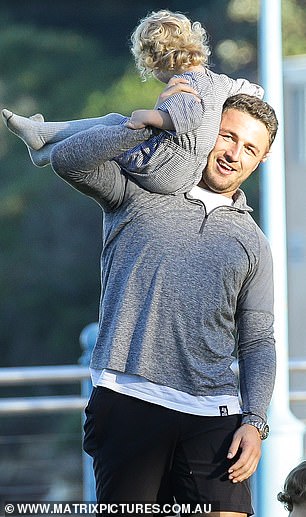 Daddy’s day out! Sam was seen lifting Poppy onto his shoulders while at the park 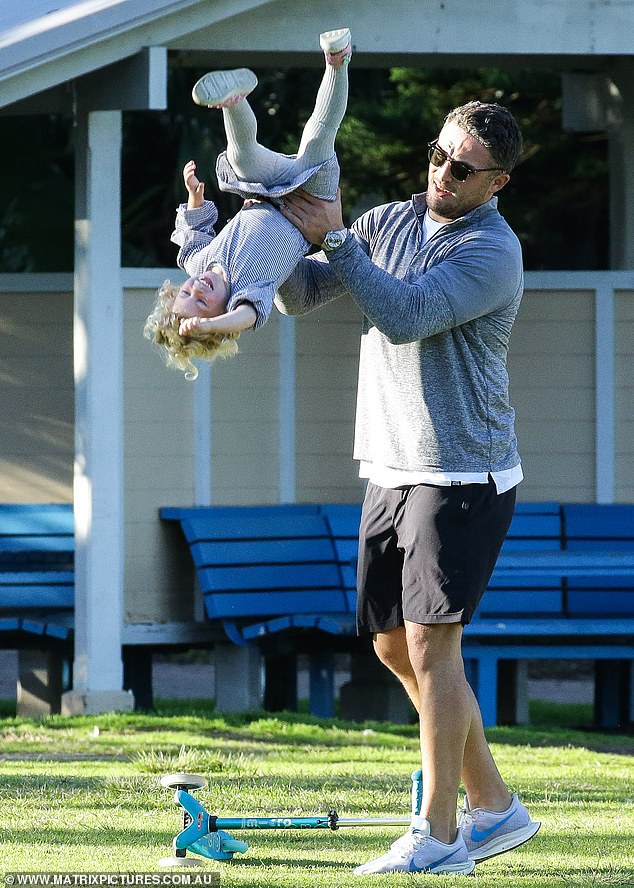 Joyful! Sam was twirling Poppy around while playing at the park 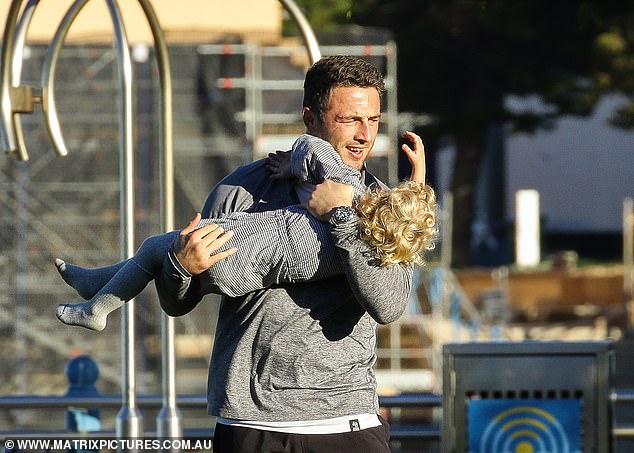 Loving! He was later seen carrying her in his arms

In April, Sam and ex-wife Phoebe finalised their divorce, with The Daily Telegraph reporting that she got ’70 per cent’ of the couple’s marital wealth. 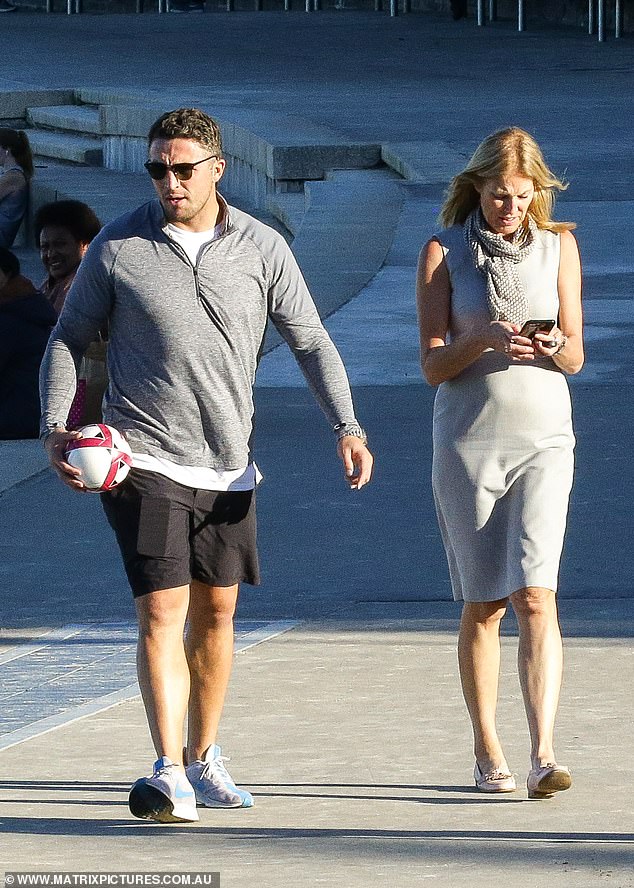 Family affair: Sam and the kids were later joined by his mother, Julie 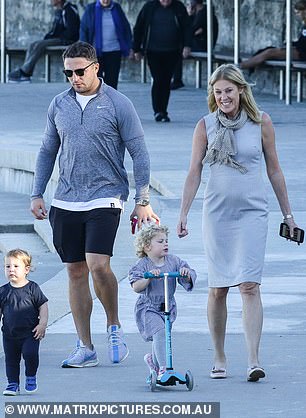 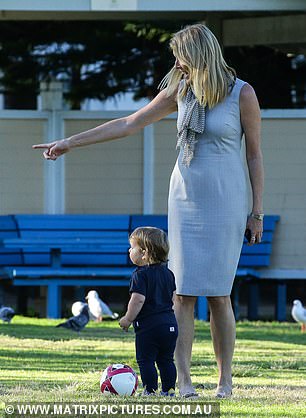 Quality time! The kids looked to be excited to spend time with grandma 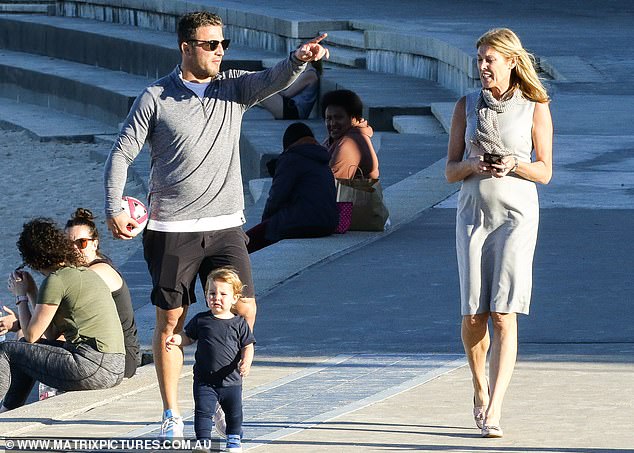 All in the family! The family enjoyed the seasonal weather while walking together

The gym was transferred to new owners Rebecca Morgan and Paul Lewis on April 20.

The rugby league player had bought into the popular fitness franchise in a joint venture with Phoebe’s brother-in-law Gene Fairbanks in 2015. 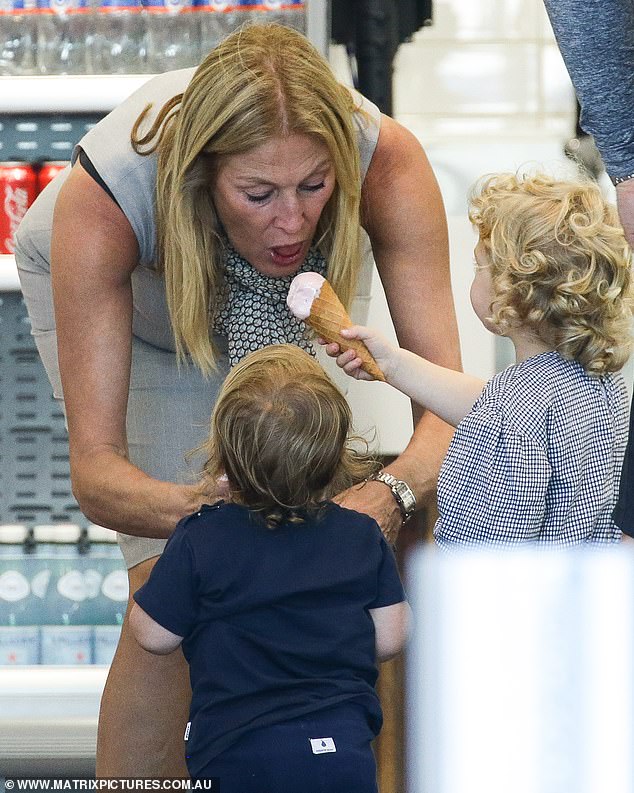 Here, try some! Poppy tried to share her ice cream with grandma, Julie

Before Sam and Phoebe separated in late 2019, F45 Training Bowral had been owned by a group called S&G Active.

Sam was listed as a director and Gene as secretary, and both parties held a 50 per cent share of the business.

But this arrangement ended when the Burgesses finalised their divorce last month, and the F45 gym was transferred to Phoebe. 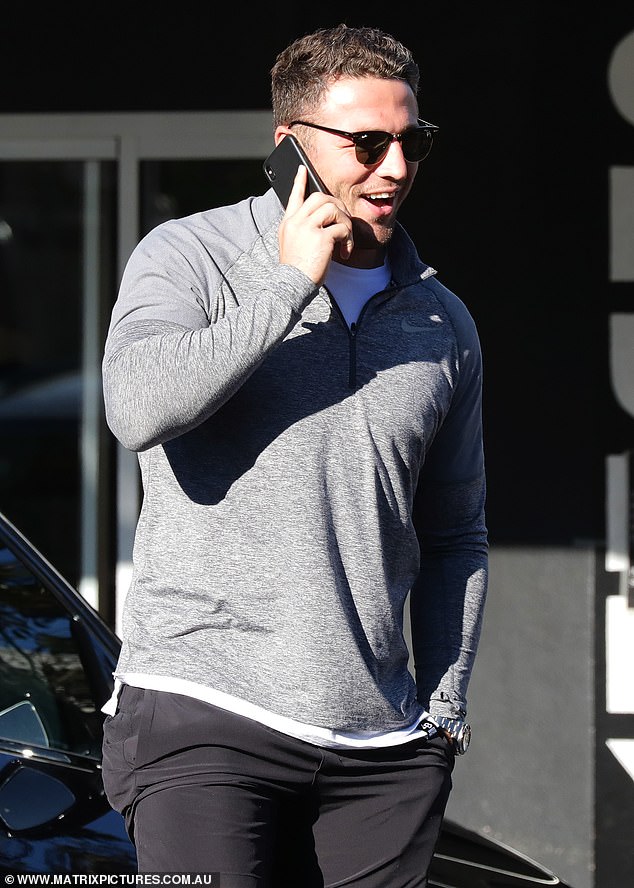