Former Thomas Cook boss says he’s ‘deeply sorry’ he failed to save travel giant from collapse but tells MPs he will ‘REFLECT’ on giving back his £750,000 bonus to pay redundancies

By Richard Spillett and Martin Robinson for MailOnline

Under-fire former Thomas Cook boss Peter Fankhauser today told MPs he is ‘deeply sorry’ about failing to save the travel company – but has not decided whether to hand back his latest £750,000 bonus.

Mr Fankhauser, who was chief executive when the company went down last month, is appearing before the Business, Energy and Industrial Strategy Committee today.

The former travel firm boss told MPs: ‘I really want to repeat it in front of the members of the select committee, how deeply sorry we are that we couldn’t save this iconic brand and this company who has a long, long-standing history in this part of the UK industry.’

In an extraordinary moment Mr Fankhauser, who has taken home £8.4million since getting the top job at Thomas Cook in 2014, then admitted he had not even ‘considered’ handing back any of his bonus since the business went under.

He said that while he ‘fully understands’ the anger about his pay, he claimed he had ‘worked tirelessly’ to try to save the company during his five years as CEO.

In a tense exchange chairman Rachel Reeves then asked him again: ‘How can he justify the bonus?’ – Fankhauser then replied: ‘I will take it back, and consider what is right, but I will not decide today’.

Peter Fankhauser said: ‘I’m deeply sorry about this failure and I’m deeply sorry for the distress we caused’ – but says he has not decided whether to hand back his bonus 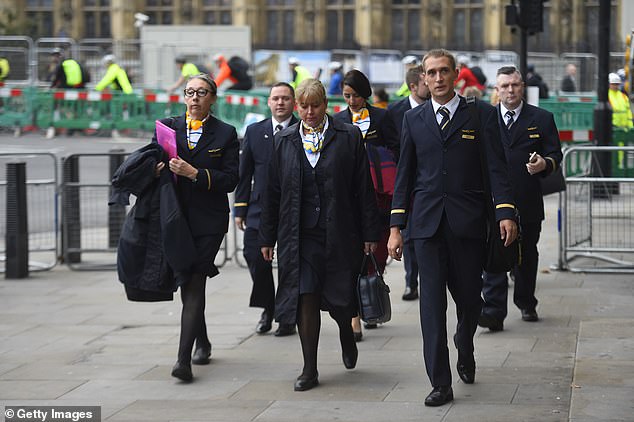 ‘I’m deeply sorry for our suppliers who were long-standing partners and who were loyal to us throughout this time.

‘I’m especially sorry for all my colleagues who worked extremely hard and tirelessly to make Thomas Cook a better company.’

Bosses are being quizzed over the failed rescue of Thomas Cook, how the company was managed, its £1.7bn debt pile and executive pay.

The three chief executives who led the firm since 2007 raked in a total of more than £36m in pay and bonuses during their time in charge. 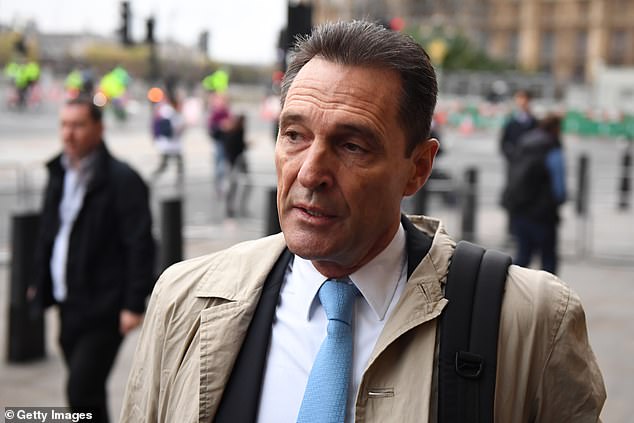 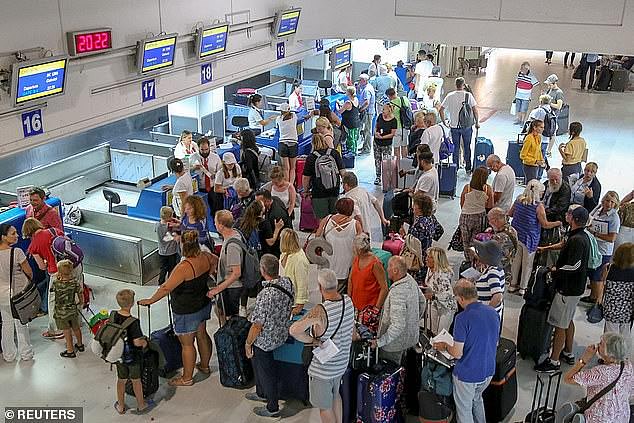 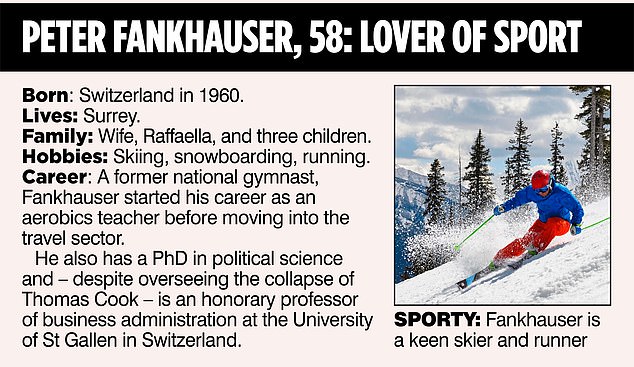