By Emer Scully For Mailonline

Gillian Anderson has revealed it ‘would be the end’ of her relationship with her screenwriter partner Peter Morgan if they ever moved in together.

The Sex Education star, 51, told The Times she liked that ‘there is nothing locking us in’ by living separately, adding that they don’t have to fear how they would manage the logistics should they ever split in the future.

‘That would be the end of us’: Gillian Anderson has revealed it would ruin her relationship with partner Peter Morgan if they ever moved in together

Speaking about her relationship with Peter, Gillian said: ‘If we did, that would be the end of us. It works so well as it is, it feels so special when we do come together. And when I am with my kids, I can be completely there for them. It’s exciting.

‘We choose when to be together. There is nothing locking us in, nothing that brings up that fear of ”Oh gosh, I can’t leave because what will happen to the house, how will we separate?”.

‘I start to miss the person I want to be with, which is a lovely feeling. And it is so huge for me to be able to see a pair of trousers left lying on the floor at my partner’s house and to step over them and not feel it is my job to do something about it!’ 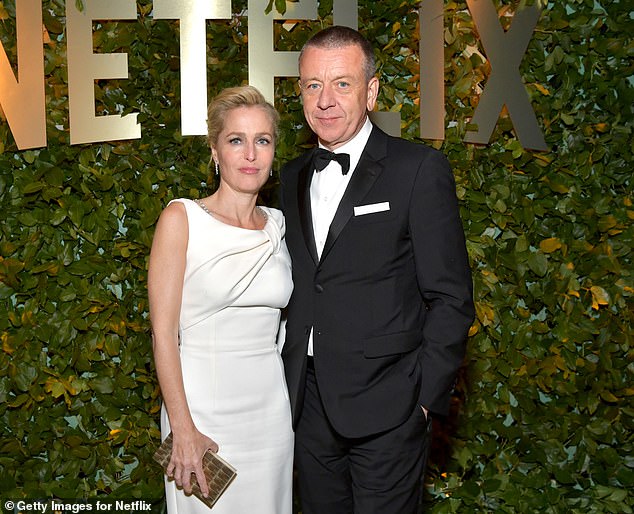 Happy couple: The Sex Education star, 51, told The Times she liked that ‘there is nothing locking us in’ by living separately (pictured with Peter earlier this month)

Gillian also said that she has regrets about her daughter having to fly back to see her father due to her own busy acting schedule years earlier.

The star, who plays sex therapist Jean Milburn in the Netflix hit Sex Education, said she had always dreamt of the roles she was being offered, and doesn’t regret parting from her children.

Gillian has been teetotal since her early 20s, and went onto reveal she is obsessed with schedules after trying to see her children as much as possible while working away from them.

She has two sons, Oscar, 13, and Felix, 11, with her ex-boyfriend Mark Griffiths – who she split from in 2012 – and went onto say she ‘constantly’ travelled to see them while filming two of The X-Files movies. 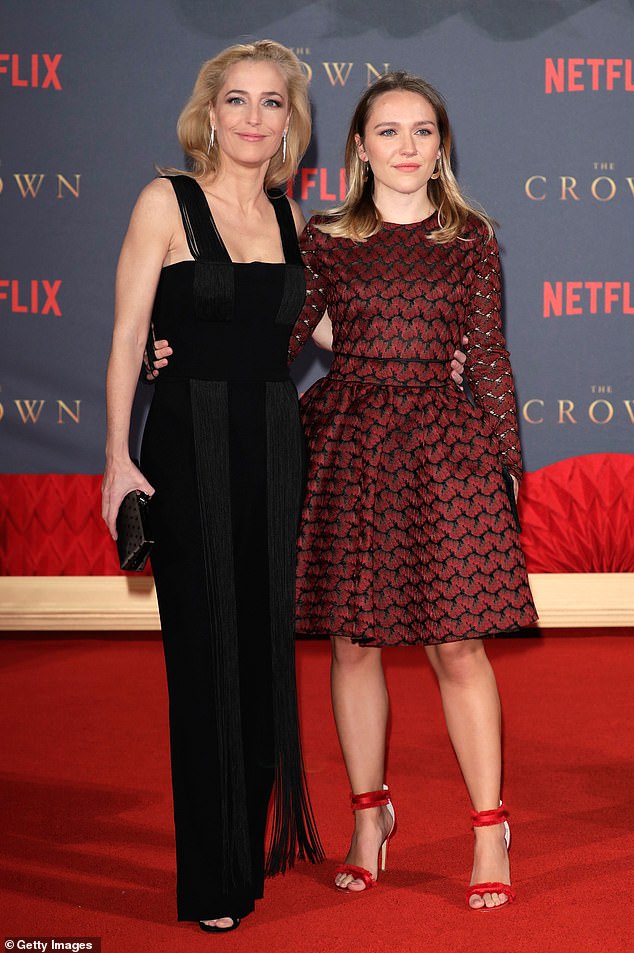 Mother-daughter bond: She also spoke about balancing 16-hour days on the set of The X-Files with raising her eldest daughter Piper, now 25 (pictured together in 2017)

Gillian also spoke about coming to terms with her three children growing up, adding that she wept when she breastfed for the last time.

She also said she loves being at her partner’s house and not having to worry about picking up his discarded laundry.

Reports that Gillian had found love again broke in October 2016 when The Daily Mail’s Sebastian Shakespeare confirmed she was telling friends about dating Peter.

Gillian who lives in London, was at a party in New York with Peter to promote The Crown, where she was overheard telling friends they were in a relationship.

Peter, whose cinematic hits include The Queen and Tinker Tailor Soldier Spy, was married to Lila Schwarzenberg – born Princess Anna Carolina zu Schwarzenberg – until 2014. He already has five children with her.

Since the relationship revelation, Gillian has supported Peter when The Crown went up for a nomination at The Golden Globes.

Gillian has Piper with ex husband Clyde Klotz, who she was married to from 1994-1997. 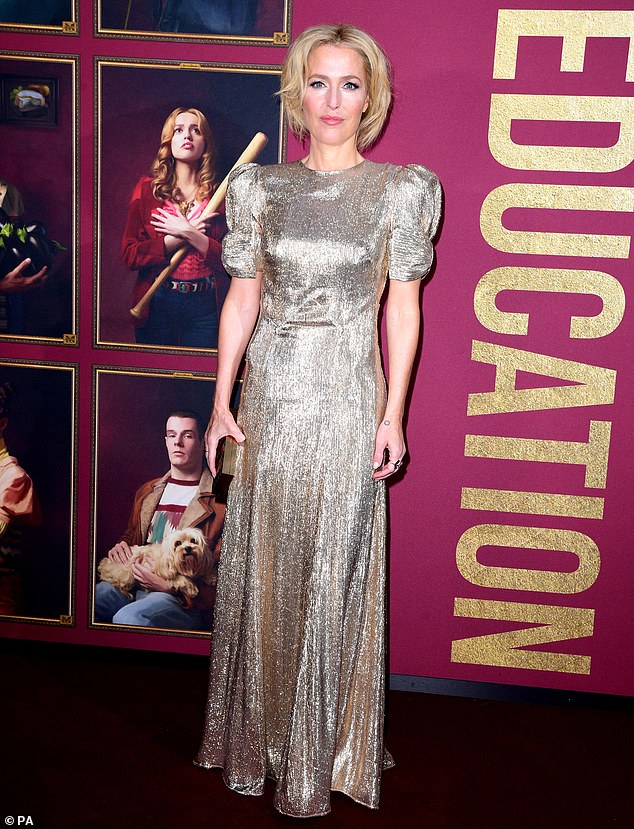 Revelations: Gillian has been teetotal since her early 20s, but never likes to discuss why, and revealed she is obsessed with schedules after trying to see her children as much as possible