By Harry Cole For The Mail On Sunday

Boris Johnson has promoted the first swathe of rising-star female MPs from the 2019 intake.

Fourteen Tories first elected in December have been appointed as parliamentary private secretaries – technically the first rung of the ministerial ladder, but in reality just lowly bag carriers to Cabinet Ministers.

However, what is most notable is that they’re all women.

And although there are lots of younger MPs in the new intake, the appointments are all confined to those aged over 30 and, most significantly, those newbies who have ‘peacocked’ to build up an eye-catching public profile have been snubbed.

This month’s reshuffle also starkly exposed a shortage of women with enough experience for the front line.

That said, there is a group of very miffed male MPs who feel overlooked too.

And it’s not just those young men in a hurry who are grumbling – the middle-aged middle benches have been snubbed.

The Cabinet is the youngest ever, without a single member over 56.

The average age is 47, with Robert Jenrick the baby at 38 and Chancellor Rishi Sunak and Attorney General Suella Braverman both under 40.

‘No government for old men,’ moans one Conservative MP with a bus pass. 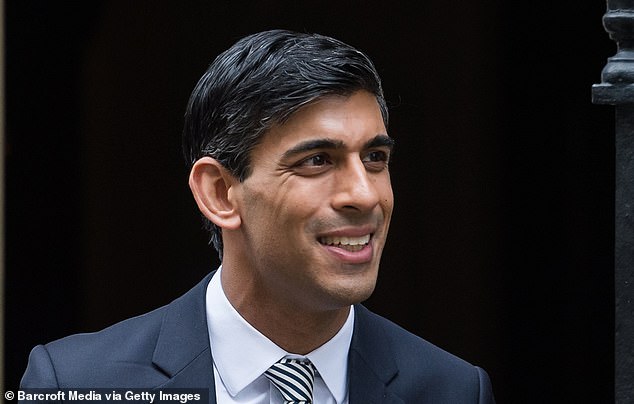 Westminster’s news hounds have been very sniffy about Boris Johnson’s regular press conferences with schoolchildren, complaining of no such access for seasoned scribes.

But that’s not the end of it.

Following a furious row during the Election campaign, when the Prime Minister refused to be grilled by the BBC’s Andrew Neil, I hear a child with the same name as the forensic Scottish interrogator is being sought for a YouTube interview with the PM.

Somewhere in a cupboard in Whitehall are all £1,984 worth of ‘Get Ready for Brexit on 31 October’ mugs ordered before that deadline slipped.

But better late than never. A new mug, bearing these messages on the front and back, has been commissioned for No 10 staff.

Well, they say Britain was built on tea… 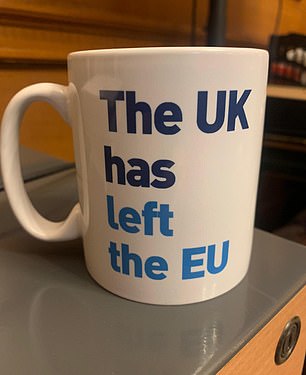 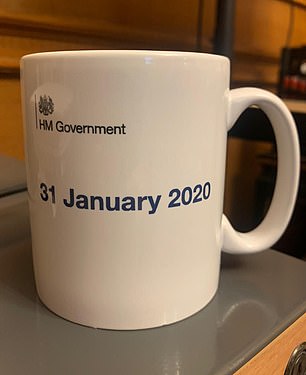 A new mug, bearing these messages on the front and back, has been commissioned for No 10 staff

The shoes are well and truly off in the race to be Labour’s next deputy leader, with enemies of the hapless Richard Burgon saying he can’t tie his own shoelaces so has to wear slip-ons.

Sadly, less than five minutes of picture research by The Mail on Sunday reveals this to be a shocking smear.

Revenge is a dish best served… in ermine.

I hear that Parliament’s magisterial former clerk Lord Lisvane, who quit during a bitter feud with ex-Commons Speaker John Bercow, is the favourite to get the job of House of Lords Speaker – where Bercow is, of course, desperate for a seat. 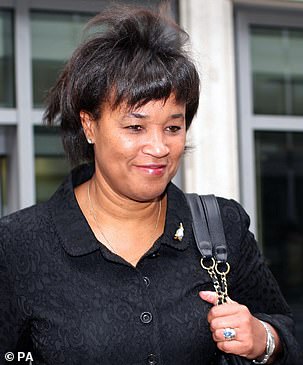 A tricky dilemma for Prince Charles with the Government attempting to oust Commonwealth Secretary-General Patricia Scotland.

The diplomat nicknamed Baroness Brazen is seeking a second term in charge of the union of 54 nations, despite hotly denied allegations of profligate spending which have led the UK, Australia and New Zealand to suspend their funding of the organisation.

Given that Charles is said to be a ‘big fan’ of Lady Scotland and has privately defended her, the future King is now on a collision course with Ministers.