The hero teen boy who saved his injured siblings by walked 13 miles for help after drug cartel gunmen opened fire on their car says his mother screamed for them all to get down just moments before she was killed.

Devin Langford, 13, has been hailed a hero for hiding his injured siblings under branches and then walking for hours to get help from their Mormon community, La Mora, in Sonora state last week.

His mother Dawna Langford and two of his brothers, Trevor, 11, and Rogan, 2, were among the nine Americans killed when gunmen opened fire on their vehicles.

Speaking for the first time since the attack, an emotional Devin told ABC News that he recalls the gunmen having long guns and said they were wearing vests.

He said his mother screamed for him and his siblings to ‘get right down’ when the gunmen started shooting.

Devin Langford, 13, and his father David spoke to ABC News about the massacre that killed Dawna Langford and her two sons, Trevor, 11, and Rogan, 2, in Mexico last week

Devin, who is set to detail the attack in full in a Good Morning America interview on Monday, was hailed as a hero by his grieving father David Langford.

‘He’s really a hero, he definitely saved his little brothers and sisters. I think he did it because of his love for them,’ David told ABC News. 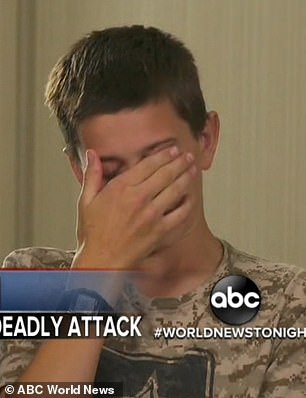 ‘My boy’s a hero simply because he gave his life for his brothers and sisters.

‘Every one of my children that survived that are living miracles.

The family buried Dawna and her two sons in La Mora on Thursday.

‘The toughest part for me was saying goodbye… saying goodbye to two innocent lives that were cut short and a vibrant wife that lived a life to its fullest that had many friends and and was loved by all by everybody,’ he said.

David said he has since made the heartbreaking decision to leave the community with his surviving children in the wake of the attack because it is ‘not worth living in fear’.

‘So now it’s my whole life has turned upside down. Not only have I lost a wife and two children, but I’m having to move the rest of my family with really no place to go at this point,’ he said. 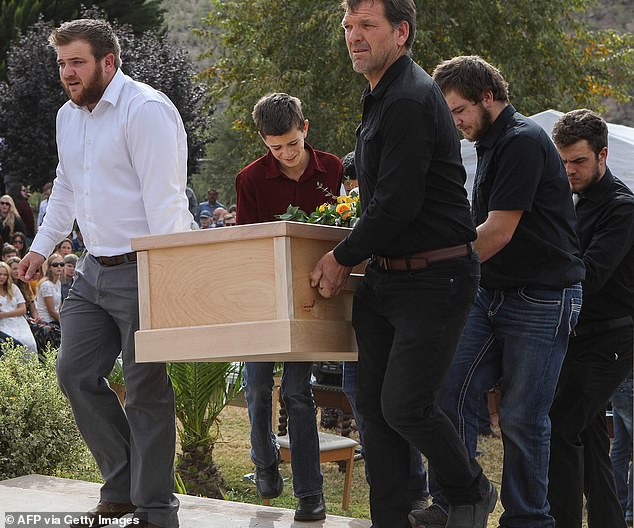 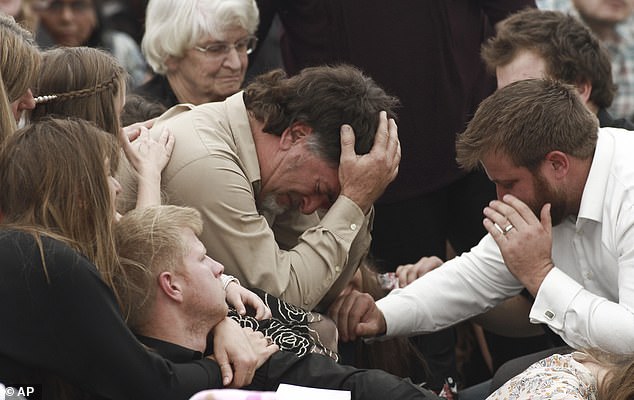 The family buried Dawna and her two sons in La Mora on Thursday. David is pictured above being comforted by relatives during the funeral service 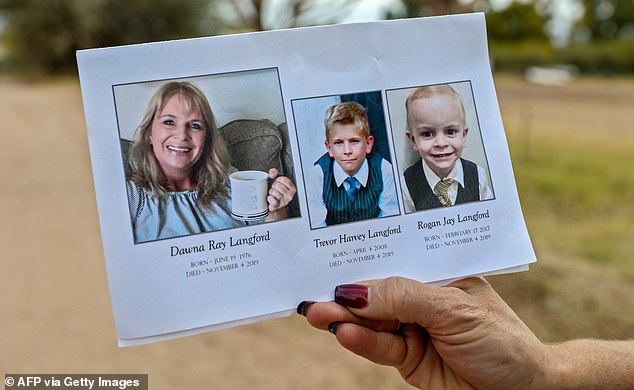 A mourner holds a rememberance card at the funeral ceremony for Dawna Ray Langford, 43, and her sons Trevor and Rogan, who were among nine victims killed

‘I believe in forgiveness, but I also believe in justice and forgiveness doesn’t rob justice. You don’t get justice too much in Mexico.’

Five of Dawna’s children were injured in the attack and were airlifted to an Arizona hospital for treatment.

Nine-month-old baby Brixton Langford was left with an open flesh wound when he was shot in the chest.

David said if the bullet had struck the baby just a quarter of an inch lower it would have struck his lung.

Also killed in the attack was Christina Marie Langford Johnson and Rhonita Miller and her four children – six-month-old twins, Titus and Tiana, her 10-year-old daughter Krystal and 12-year-old son Howard. 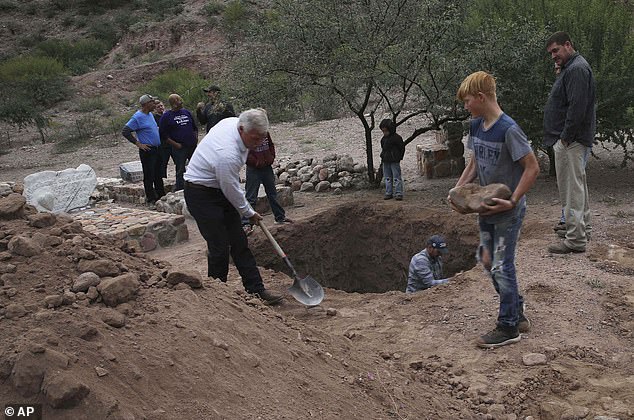 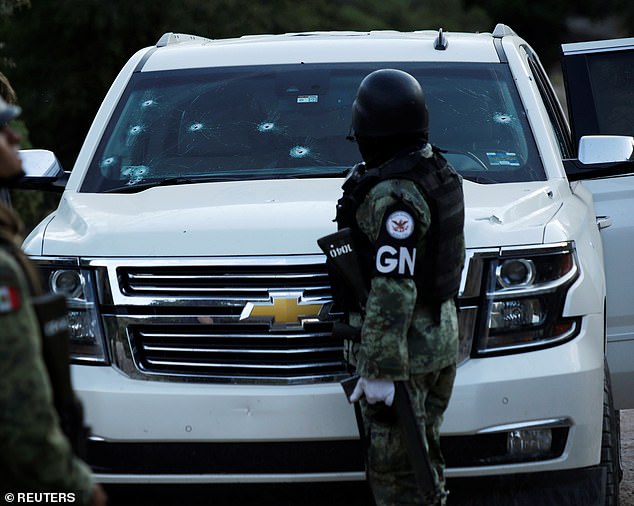 Mexico on Sunday invited the FBI to participate in the investigation of the attack.

The Foreign Ministry said it made the invitation through a diplomatic note to the U.S. embassy in Mexico.

‘The Mexican government reiterates its commitment to investigate the facts, in order to … offer justice to the affected families,’ it said in a statement.

The U.S. agents must work in coordination with their Mexican counterparts and will not be armed, it added.

In a statement, the FBI said it would assist in the investigation, adding, ‘The FBI remains committed to working alongside our international partners to help bring justice to the perpetrators of this heinous act of violence.’