Hilary Clinton has urged the public to make Mark Zuckerberg ‘pay a price’ after Facebook’s decision not to ban political advertisements and has compared the current position of social media to a ‘bad fairytale’.

The former Secretary of State appeared at a Q&A session for new Netflix film The Great Hack, which looks at how data company, Cambridge Analytica, ‘came to symbolize the dark side of social media in the wake of the 2016 U.S. presidential election’.

Praising Twitter, which recently banned political ads, and urging Facebook’s Mark Zuckerberg to follow in the steps of CEO Jack Dorsey, Clinton told an audience in New York Friday: ‘Mark Zuckerberg should pay a price for what he is doing to our democracy.

‘Part of our problem, those of us who are appalled by this war on truth and this fake news which is truly surrounding us these days, is we’re not very good at combating it. It’s hard because you’re up against algorithms, plus all these other powerful forces, it’s really hard.’ 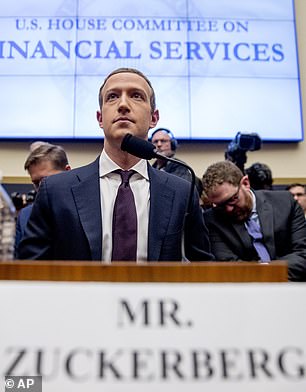 Hillary Clinton said Friday in New York: ‘Mark Zuckerberg should pay a price for what he is doing to our democracy’ and called the social media a ‘bad fairytale’

The issue rose to the forefront earlier this fall when Twitter, along with Facebook and Google, refused to remove a misleading video ad from President Donald Trump’s campaign that targeted Biden.

Less than an hour after Dorsey’s announcement, Zuckerberg spoke about what he said was Facebook’s deep belief ‘that political speech is important’ and stood by his company’s policies.

He also directly addressed Zuckerberg’s First Amendment argument for allowing false political ads as not about free expression, but about ‘paying for reach’.

In an earnings conference call and in a follow-up post on Facebook, he referred to the importance of ‘political speech’, although he did not speak directly to the issue of adverts.

Zuckerberg said he has also considered banning political ads, but remains wary of the move’s impact.

‘It was an open society that enabled technology to be birthed and now be so dominant in our lives,’ Clinton said at the event, also attended by Oscar-nominated filmmakers Jehane Noujaim and Karim Amer. ‘It’s like a bad fairy tale. They are going to kill that golden goose. 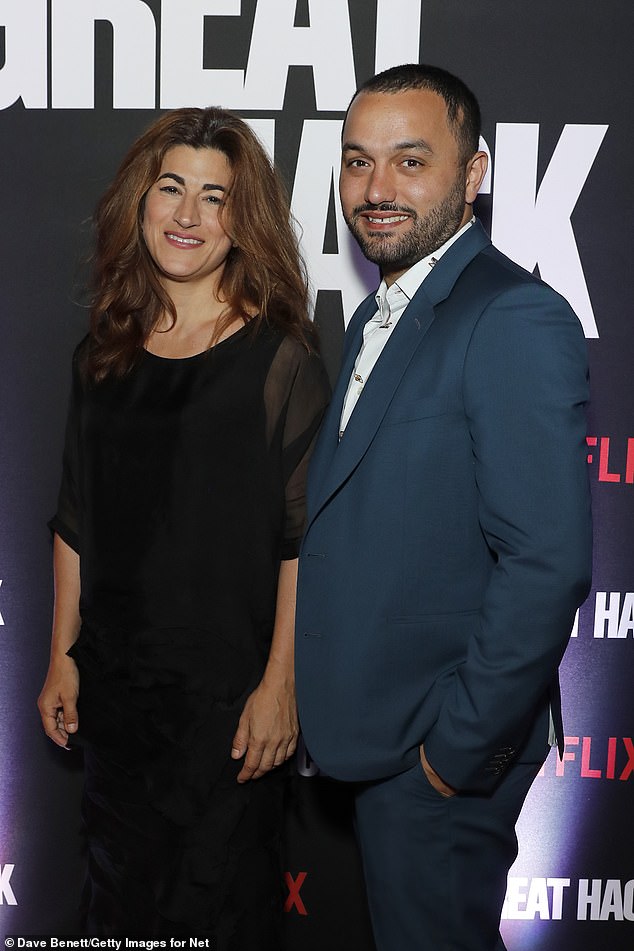 Clinton was speaking at Netflix’s The Great Hack event attended by Oscar-nominated filmmakers Jehane Noujaim and Karim Amer (pictured) and said: ‘Mark Zuckerberg should pay a price for what he is doing to our democracy’ 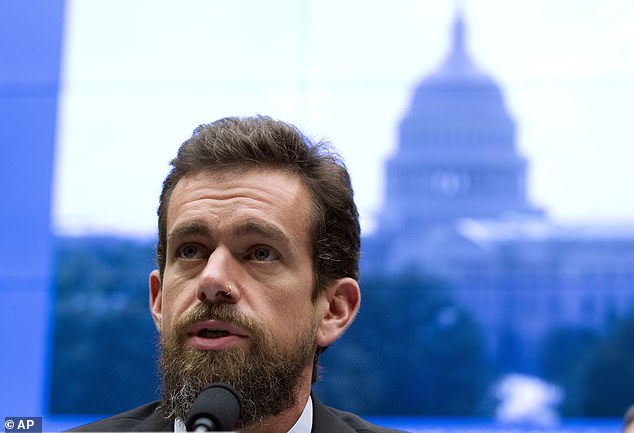 Clinton praised Twitter, which recently banned political ads, and urged the likes of Google and Facebook to follow in the footsteps of CEO Jack Dorsey, saying the power of tech giants is ‘like a bad fairy tale. They are going to kill that golden goose’

‘They are going to create a political system that is going to either come down too hard on them and squeeze them in ways that are not productive or continue to have a laissez faire attitude toward them where they continue to undermine our privacy and our freedom and our democracy.’

IndieWire reports Clinton added: ‘It could not be a more imperative challenge for us.’

Clinton insisted that the way social media platforms work to decide who to show certain ads makes us vulnerable.

She urged the audience to fight back against how our online habits are being used to sell products and ideas to us.

Clinton spoke a day after Donald Trump’s re-election team said it was a ‘bad move’ for Twitter to ban political content as they were prepared to spend more than $10 million in ads on the president’s favorite social media platform in next year’s election. 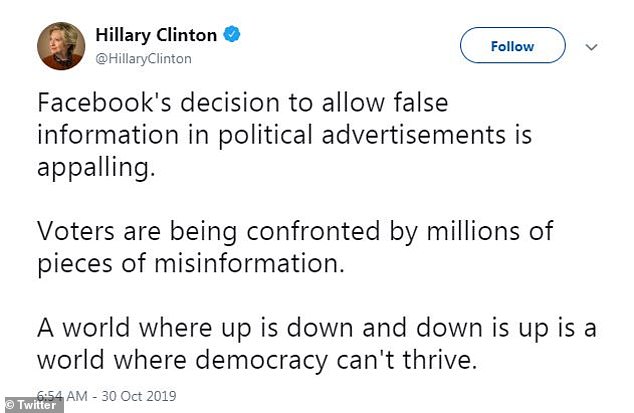 ‘It’s not just about one election, it’s about so many of the choices that we’re facing in society right now,’ Clinton continued.

‘The use of our data to manipulate us, to make money off of us, is really one of the cardinal challenges we face…this is our information, but people seem to forget that they should demand to own it.’

However on Friday, Clinton avoided directly saying that meetings with Republicans at Facebook could be indicative of the social media giant’s agenda, speaking hypothetically instead.

‘I can’t draw any conclusions about closed door meetings, not only with Trump but with Tucker Carlson and with Breitbart and with many others that have been going on at Facebook headquarters,’ Clinton added.

‘But if I were of a conspiratorial mindset, I might suggest that there seems to be some connection…I don’t understand the mindset that we currently see operating with Zuckerberg.’