Employees who adopt a cheery disposition while at work are much more likely to find themselves having a successful career, according to a business expert.

Jeroen de Flander, a renowned Belgian thinker on business strategy, says a ‘glass half full’ attitude is often the difference between success and failure.

In his book, The Art of Performance: The Surprising Science Behind Greatness, de Flander offers essential tips to achieving career success – and it all hinges on being a happy person both in and out of the workplace.

Here, the career guru explains the logic behind his book including how positive people are more likely to shine in a crisis.

What are the benefits of being an optimist?

Turn that frown upside down! Adopting a ‘glass half-full’ approach in the workplace is often a ticket to success, according to Belgian career guru Jeroen de Flander

How optimistic a person is can be the fine line between disaster and success, says de Flander, as it determines exactly how an employee will bounce back when things don’t go to plan.

His mantra is that mistakes are not as important as the way people respond to them.

Pessimists and optimists react radically different to workplace problems. A pessimist will ask themselves what went wrong, while an optimist will directly look for ways to improve ensuring a situation is more quickly remedied. 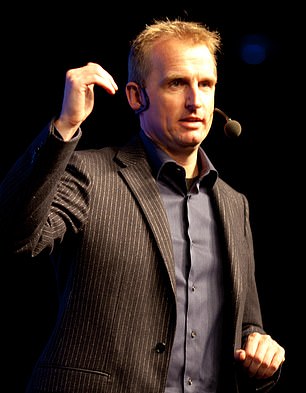 Jeoren de Flander, a Belgian business strategist, explains the importance of being optimistic in his book, saying it will make you more resilient and proactive

Pessimists, he says, will constantly down-play how taking positive action could improve the situation, where as optimists will strive to make positive consequences happen.

How does that manifest in a work environment? While pessimists will find an explanation that cannot be improved, eg a blanket response such as ‘I don’t perform well under pressure’, an optimist will take an approach more centred on self-belief, perhaps suggesting ‘I only made one mistake.’

Finally, pessimists are drawn to think an issue will be long-term, where optimists will use what they learned from their present mistake to perform better in the future.

How to respond to a workplace crisis like an optimist

1) Look clearly and calmly at the evidence

De Flander explains that it’s possible to teach ourselves to react to a situation in a certain way. When assessing a drama when it first transpires, it is important to ask yourself the right questions.

By definition, a pessimist will often prepare for the worst-case scenario.

One way to calm down and be more positive, is to taker a step back, ask yourself what evidence there is to support your claim and to try and favour rational logic instead of knee-jerk over-reaction. 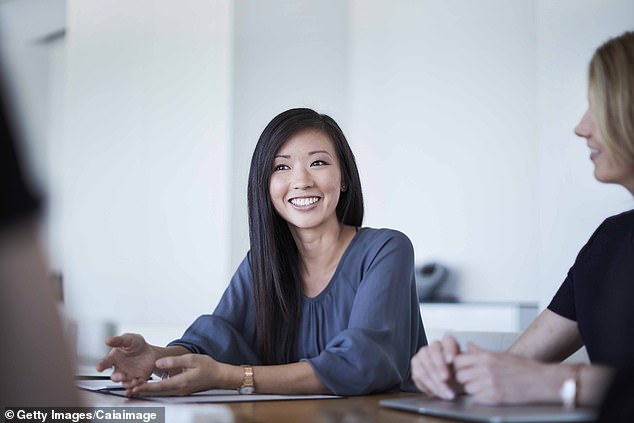 De Flander explains that it’s possible to teach ourselves to react to a situation in a certain way. Stock image

2. Determine the reason for the mistake

Instead of jumping to conclusions or playing the blame game, first ask yourself about what the catalyst to the error was. Did you play a part? And which causes were external?

3. Assess the implications a mistake could have on your future

Thinking about our mistakes and what factors caused them in a logical manner allows us to then move on and defuse the situation.

For instance, instead of thinking ‘all is lost,’ try: ‘I made a mistake, but I will get better at this’. 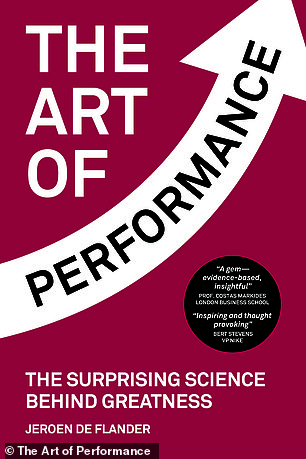 The art of performance: the surprising science behind greatness, by Jeoren de Flander is available for purchase on Amazon

If the worst has happened – it really hasn’t – then don’t wallow in your own failure, it would be wiser to ask yourself how useful your negative beliefs are to you and to alleviating the situation.

Some self-criticism can be helpful but how much is it actually going to aid you in overcoming the issue and moving on?

How in control of a situation you are has a direct impact on how you solve the issues you’re faced with.

For instance, people who are constantly told there’s no way to fix a situation will give up more easily than those who’ve been told the situation could be improved if they help.

Feeling in control is imperative when it comes to overcoming adversity.

The art of performance: the surprising science behind greatness, by Jeroen de Flander, is available for purchase on Amazon