Man, 21, and woman, 19, will appear in court over murder of one-year-old girl who was found with serious injuries at a home in Manchester

A man and woman have been charged in connection with the suspicious death of a one-year-old girl in Greater Manchester.

The infant was found with serious injuries on Wednesday in Radcliffe, Greater Manchester.  a

Greater Manchester Police confirmed that Jamie Chadwick, 21, of Radcliffe has been charged with murder.

Greater Manchester Police said officers were called to reports of an injured child at a home in Radcliffe, shortly before 2.30pm on Wednesday 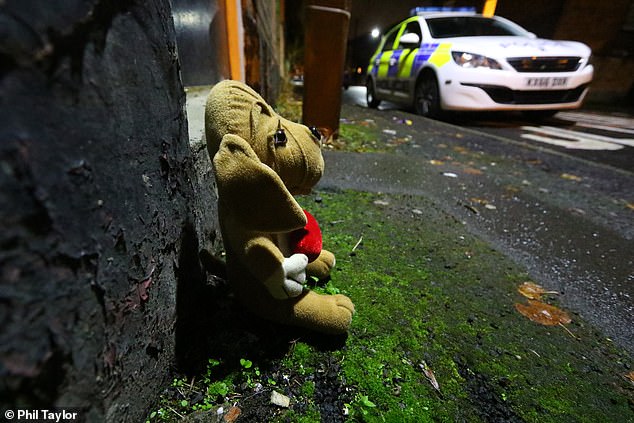 Pictured: A stuffed toy left on the street this evening after two people were arrested

Chelsea Crilly, 19, of Atherton, has been charged with causing or allowing the death or serious harm of a child, police added.

She was due to appear before the court court on Saturday as well.

The baby girl hasn’t been named by police.

No further details have been revealed.

A Greater Manchester Police spokesman said: ‘Shortly after 2.25pm on Wednesday 16 October 2019 police were called to reports that a one-year-old girl was injured at a property on Cross Lane.

‘Emergency services attended and the girl was taken to hospital where she sadly died despite best efforts of specialist doctors.’

Neighbours expressed their profound shock and sadness yesterday as news of the girl’s death was released by Greater Manchester Police. 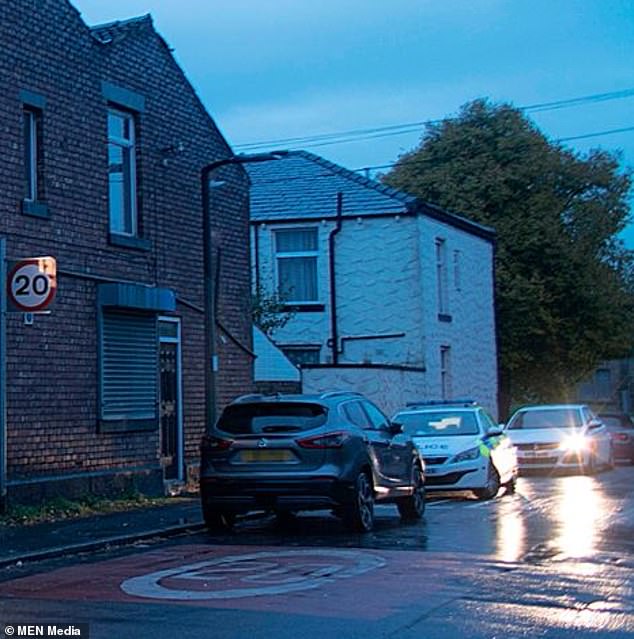 Pictured: Police on the in Radcliffe following the death of the one-year-old girl 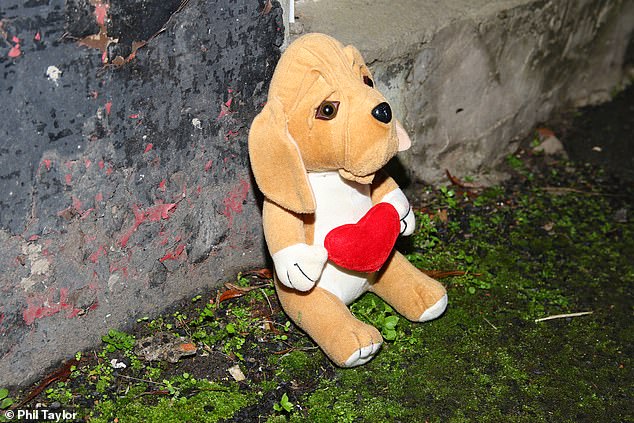 The man has been arrested on suspicion of murder and a the woman was held on suspicion of causing or allowing the death of a child, a police spokesman said (pictured: A tribute left at the scene)

A man who lives in a neighbouring house said: ‘I saw the police outside when I woke up.

‘They have been to see me and said there was incident involving a little girl and asked had I seen anything.

Another woman who lives nearby said: ‘I was at home on Wednesday and was walking past when I saw about seven police cars pull up.

‘I knew straight away something was badly wrong and it was serious.

‘The police have been on watch at the flat ever since. The forensics have been here.

‘I have seen the people that live there and the girl before but I don’t know them.

‘It’s left everyone in a bit of a state of shock.’