Fergus Wilson, 71, has been slapped with a restraining order after he allegedly threatened a council worker on the phone

A multi-millionaire landlord who once banned ‘coloured tenants’ because of their ‘curry smell’ has been slapped with a restraining order after he allegedly threatened a council worker on the phone.

Fergus Wilson, 71, previously pleaded not guilty to the charge, which was today dismissed in place of a restraining order.

He was acquitted today after an accusation of making a phone call which conveyed a threat that caused distress and anxiety to the recipient.

Wilson, of Boughton Monchelsea, near Maidstone, Kent, was accused of making a threatening phone call in October 2018.

The court heard that Wilson, a former maths teacher, allegedly told a council worker he wanted to ‘punch his f****** head in.’

Magistrates in Maidstone, Kent were told that Wilson and the worker had previously ‘crossed swords’ over comments allegedly made about Wilson’s wife.

Piers Restell, representing the crown, said: ‘The allegation is that on October 1 2018 Mr Wilson called Tonbridge and Malling Borough Council about an outstanding issue with his council tax. 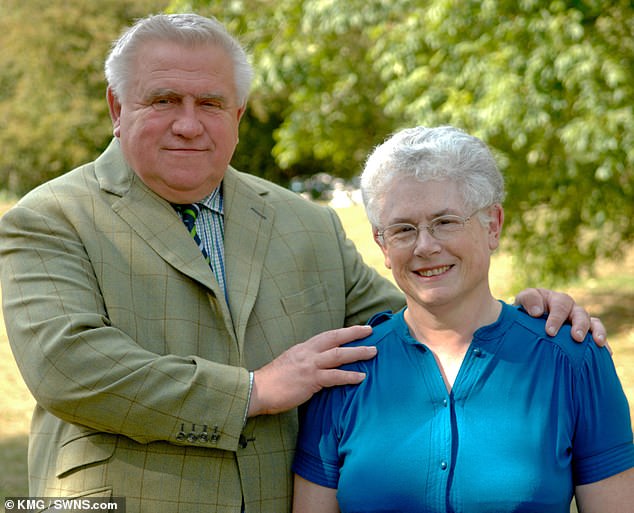 ‘The gentleman answered the phone and identified himself and Mr Wilson said are you the same gentleman I crossed swords with about 10 years ago?

‘The gentleman replied yes and after further questions Mr Wilson said ‘I wish you’d told me because I’d like to punch your f****** head in’ and ‘I think you and I need to meet to punch it out’.

‘The call was then terminated by the council worker.

Representing Wilson, solicitor Jag Takk said: ‘There is a background to this in that in January 2009 Mrs Wilson was due to come to court but she was unable to come because she was unwell.

‘Mr Wilson attended on her behalf. He states that same council worker made some derogatory comments about Mrs Wilson in open court. 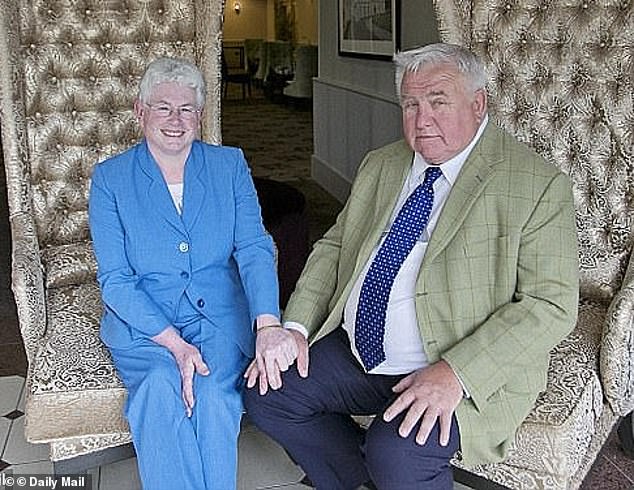 Magistrates in Maidstone, Kent, were told that Wilson and the worker had previously ‘crossed swords’ over comments allegedly made about Wilson’s wife (right)

‘That was back in 2009. By chance on October 1 he ends up speaking to him on the phone. He recalls it’s the same man and lets his feelings get the better of him.

‘They were empty comments, I think everyone knew that, but ten days later the council reported Mr Wilson to the police.

‘Mr Wilson has no interest in causing the gentleman harm. He is a man in his 70s, he is retired.

‘He owns property and rents to mainly the ethnic minority community. He wants to put the matter behind him.’

The landlord – who once owned a staggering 1,000 properties in Kent which helped him rack up an estimated £225million fortune – agreed to a restraining order for two years.

Chair of the bench, Gill Fryer, at Maidstone Magistrates’ Court told Wilson: ‘The court is going to make you subject to a non-conviction restraining order.

‘That order will run or two years from today. During that time you must not contact the gentleman directly or indirectly for any reason.

‘The purpose of the order is to protect him. To breach the order is a serious offence of which prison is a possibility.

‘The allegation against you is therefore dismissed.’ 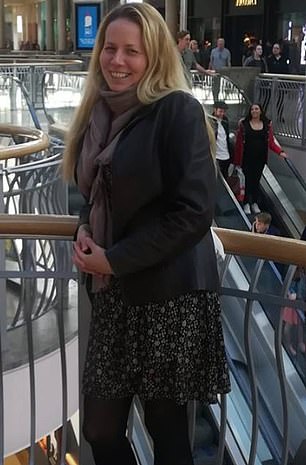 In a previous incident, Wilson blasted Slovakian-born Zuzana Austin (pictured) after she slapped a £70 parking ticket on his estate car

Wilson’s restraining order stops him from contacting the worker or referring to him in any publication or social media platform.

Hard of hearing Wilson, who was with his wife Judith in court, bought his first buy-to-let home in 1986 and at one point had around 750.

This is the second time Wilson has appeared in court recently, having been convicted of racially abusing a traffic warden in November.

Wilson blasted Slovakian-born Zuzana Austin after she slapped a £70 parking ticket on his estate car.

Wilson was ordered to pay his victim £1,000 and made to carry out community service.

In 2014, Wilson was convicted of assaulting an estate agent, for which he was fined.

He prompted outcry in 2017 after advising letting agents: ‘No coloured people because of the curry smell at the end of the tenancy.’

The row led to a ruling by the Equality and Human Rights Commission that landlords could not discriminate against ethnic minorities.

Speaking afterwards, Wilson said: ‘Last year I was threatened with being stabbed by Albanian people on three different occasions and the police took no notice.

‘I’ve been threatened to be shot and they took no notice.

‘I’m a wee bit surprised they pursued something where the other party has been told they’d have their head boxed in – it seems a we bit minor compared to threats to kill.

‘I didn’t actually punch anybody.’