‘I worked HARD for this!’: Moment fearless shopkeeper, 63, fends off knife robbers who threaten to ‘cut his FACE off’ after bursting into store he’s owned for 30 years

Peter Waller inside his One Stop store

A fearless 63-year-old stood up to armed robbers who threatened to slash his face and steal from his family business of 30 years.

Peter Waller was confronted by two masked men, one armed with a blade and the other with a screwdriver, who entered the One Stop convenience store in Pallister Park, Middlesbrough, at 5.20am on Tuesday.

He was told ‘I will cut your f****** face off’ by one of the masked yobs and thought ‘I worked hard for this’, Mr Weller told the Mirror.

In the horrifying clip, the shop’s door swing open and the two figures bolt inside.

One of them heads around the store while the other tries to force his way inside the separated area where the shop-keeper and till is. 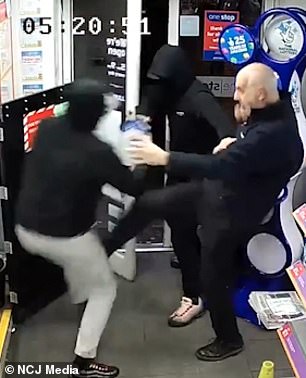 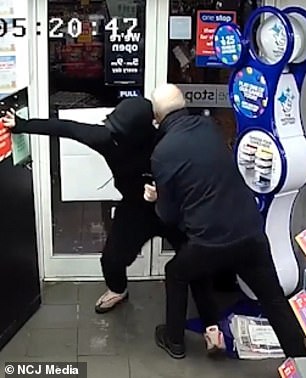 Peter Waller, 63, fended off two robbers who tried to steal from his One Stop convenience store in Pallister Park, Middlesbrough, around 5.20am on Tuesday

The grandfather-of-five then leans out of the door way and lands the criminal a punch and shoves them with his leg to keep them out of the separated area.

A trolley of fruit and kitchen staples gets knocked to the ground as the pair make their way to the till.

One of the figures shoves Mr Waller to the ground as the other reveals a screwdriver, which was hidden inside his sleeve, and then uses it to hack into the machines. 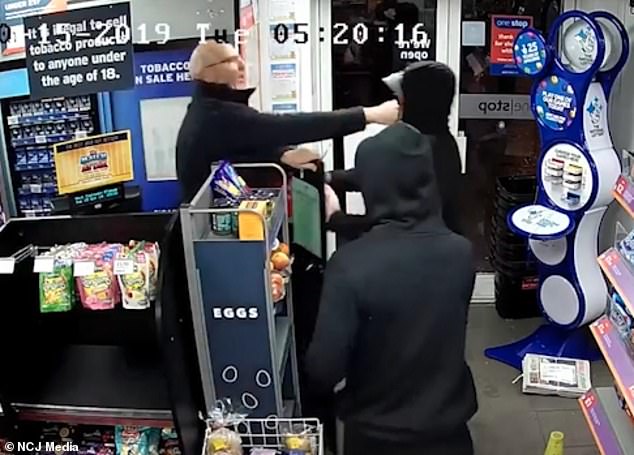 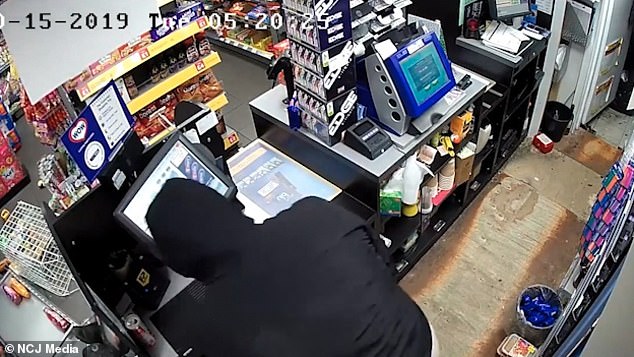 They try to jam the tool inside to force the till to open before moving on to the one next to it, in the CCTV footage.

Moments later, Mr Waller emerges from the shop floor and readjusts his glasses before grabbing hold of one of the thug’s arms.

Perhaps after realising the tills wont give way, the track-suit clad man resorts to grabbing packets of cigarettes from the cabinet instead. 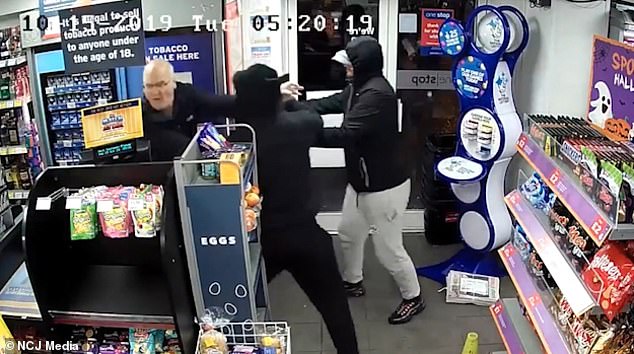 One of them heads around the store while the other tries to force his way inside the separated area – but only a few second later, the shopkeeper grapples and shoves them back. A trolley of fruit and kitchen staples is knocked to the ground as Mr Waller takes his fight with one of the thugs to the shop floor 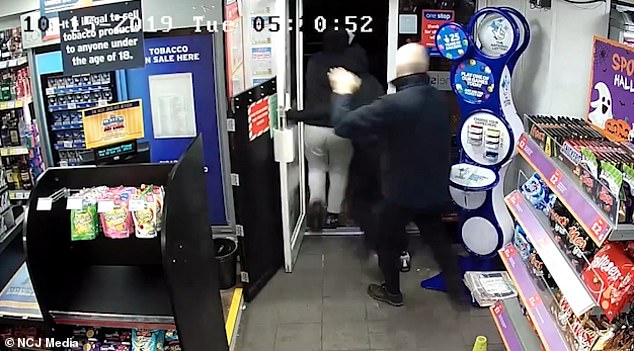 He manages to boot the men from his shop and said he has been wondering ‘what if?’ after the incident, as the One Stop store has been his family business for 30 years

Meanwhile the shopkeeper holds the other man back, before kicking and kneeing the man, who is clutching cigarettes, on his sprint out of the separated area.

He follows them out of the shop and waits outside to check the area is clear.

Mr Weller said: ‘Afterwards you wonder ‘What if?’

Cleveland Police are investigating the incident and anyone who has information should contact DC Jay Murfitt on the non-emergency number 101, quoting the reference number 177599.

Cleveland Police have been approached for comment by MailOnline.