A group of monks belonging to the Coptic Church are locked in an 18-month planning battle to build an ‘alien-looking’ site of worship for just 100 members on the North Yorkshire Moors.

The church is set to be built in the middle of one of Britain’s most beautiful national parks by the UK’s first Coptic Church Order, St Athanasius’ Monastery.

Residents who live close to Langdale End and the local parish council of the hamlet near Scarborough have objected and said the church would look ‘totally alien’.

The small group of monks – who currently live in a manor house formerly owned by the famous Rowntree confectionary family – live an austere and celibate life of prayer, contemplation and self-sufficiency. 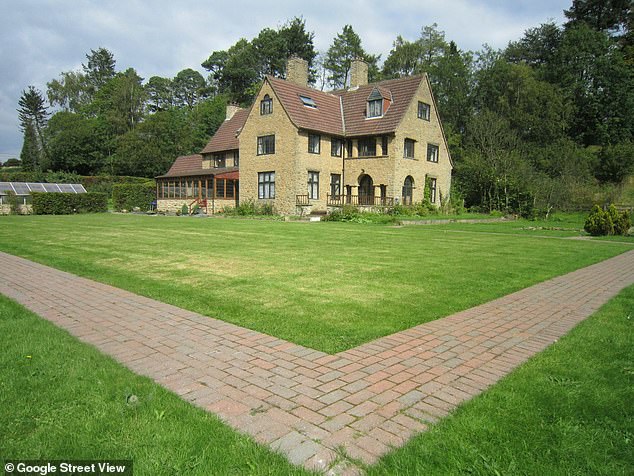 A general View of St Athanasius’ Monastery is seen above. The new building will lie across 23 acres of land

Under the plans submitted to the council, a 125 foot (38m) long church featuring two high domed towers in the style of Egyptian churches will be built.

It will be able to house a congregation of up to 100 worshippers, some of whom will regularly travel there in three buses to join the monks, who lead a strict life of fasting and prayer.

The church will lie in 23 acres of land where the monks will keep a range of animals and produce cheese and honey to remain self-sufficient.

A spokesman for Darncombe-cum-Langdale End Parish Council, said: ‘While councillors can appreciate the monastery’s need for a church, the design is completely out of keeping for the area and will result in a building which looks totally alien in the landscape.’ 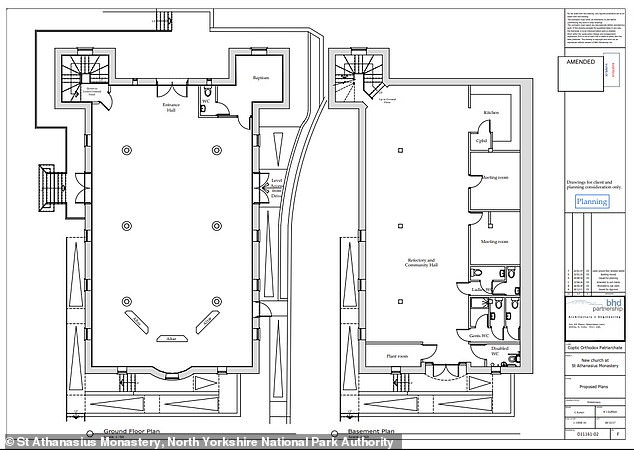 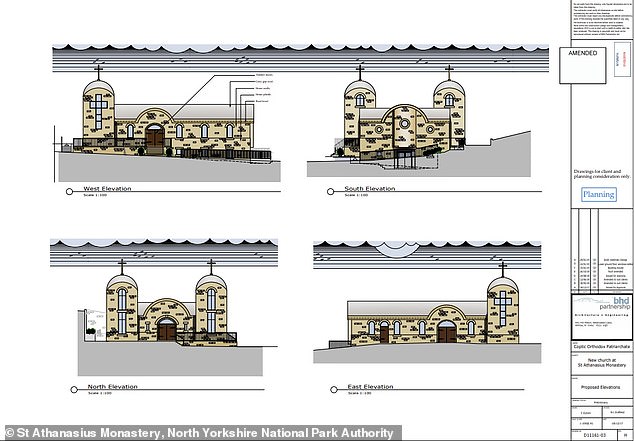 Design plans show there will be two large towers on the building. Locals have said the new building will look out of place

Seif Asaad, secretary of the Coptic Church’s Scotland, Ireland and the North of England diocese which covers the monastery, said: ‘This is the first Coptic monastery in Britain which will be inhabited by monks.

What do Coptic Christians believe?

The Coptic Orthodox Church is the main Christian Church in Egypt.

The religion has between six and 11 million members and while most Coptic Christians live in Egypt there are also members in the US and UK.

Coptic Christians believe that their church dates back to 50 AD.

It is said to have been founded when Apostle Mark arrived in Egypt.

He is regarded as the first Pope of Alexandria.

Under the Roman Empire the religion faced persecution after Egypt became a Muslim country.

Copts today still claim they are at a disadvantage and in recent years their churches have been attacked by extremists.

‘In time there will probably be between five and 10 monks at Langdale End and members of our church will visit for spiritual retreat.

‘As far as possible they will cultivate the land and try to be self-sufficient and also try to help the community.’

The monks live a very strict lifestyle and rise at 4am for prayers and they fast every week as well as being extremely traditional, disciplined and obedient.

The Coptic Orthodox church dates to the middle of the 1st Century and split from the rest of the Christendom in 451AD. It now has about 20 million followers worldwide.

The ancient organisation can trace its influences back to St Mark and St Anthony, the first Christian monks.

Its members are mainly in Egypt, North Africa and the Middle East but there are churches all over the world.

St Athanasius’ Monastery is a former Manor House where the order is based and was built by the Rowntree family of York, the founders of Rowntrees Confectionery.

Proposals will be discussed by the North York Moors National Park Authority on Thursday.