Motorcycle racer Guy Martin was cleared of possessing a fake driving license after a court heard he does not always apply ‘common sense’.

TV celebrity Martin, 38, was accused of possessing ‘a document so closely resembling an Irish driving licence as to be calculated to deceive’ and using it to alter his genuine UK licence to allow him to drive HGVs.

The case had hung over Martin, best known for tackling the world’s biggest Wall of Death live on television, for more than a year, and he was scheduled to face a three day jury trial at Lincoln Crown Court starting January 6.

But after reconsidering the case following psychiatric evidence, the Crown Prosecution Service offered no evidence against Martin, who has Asperger’s syndrome, and he was formally acquitted on December 24 this year.

Guy Martin, 38, was accused of possessing ‘a document so closely resembling an Irish driving licence as to be calculated to deceive’ and using it to alter his genuine UK licence to allow him to drive HGVs 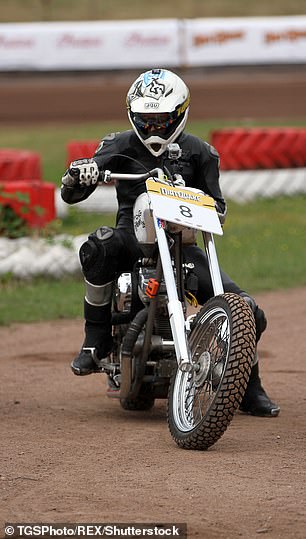 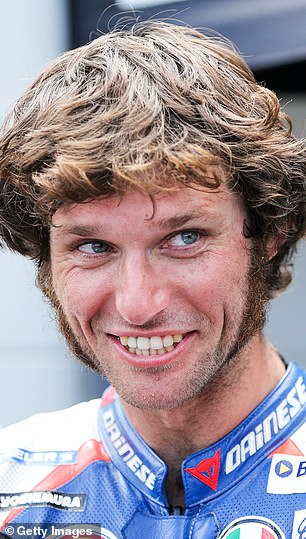 Martin, of Barnetby, Lincolnshire, had denied possession of a document with intent to deceive between 4 December 4, 2017 and May 15, 2018.

He also denied that between March 1 and May 15, 2018 he made a false statement by claiming he was the holder of an Irish driving licence entitling him to drive certain categories of vehicles.

Martin had always said that he believed he passed a test while working in Northern Ireland and subsequently received a licence which he believed was real.

The court heard Martin does not always apply common sense and may have been taken in because he was vulnerable.

Michael Cranmer-Brown, explaining the reasoning for the charges being dropped, said that two psychiatrists who examined Martin both came to the same conclusion. 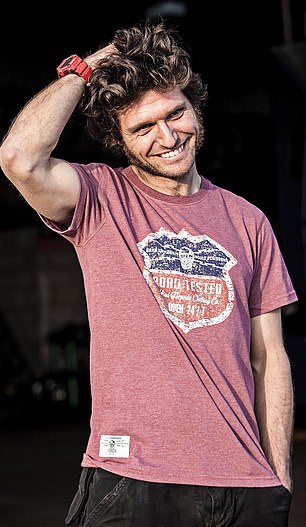 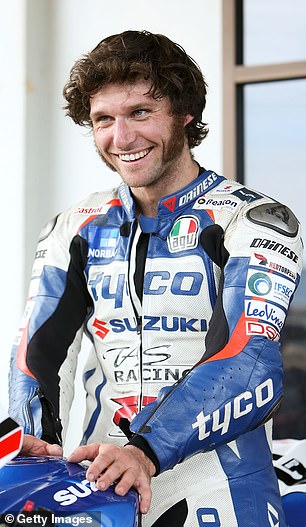 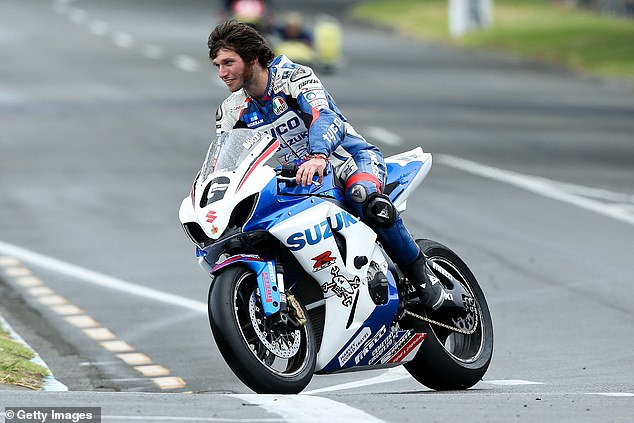 Guy Martin of Great Britain takes part in a parade during the Cemetery Circuit Motorcycle Races on December 26, 2013 in Wanganui, New Zealand

He said: ‘The first, instructed by the defence and agreed by the prosecution, said that he does not always apply what others may refer to as common sense. He has a vulnerability to take what people say at face value.’

Mr Cranmer-Brown said that Martin’s autism also made him ‘vulnerable enough for others to see him as an easy target’.

WHO IS GUY MARTIN? 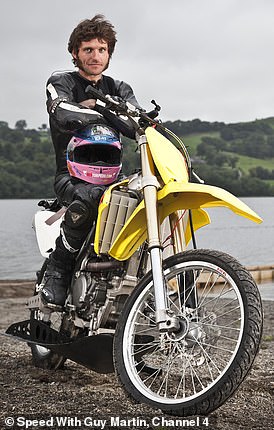 Guy Martin took up motorcycle racing as a teenager and went on to compete in the Isle of Man TT races, Ulster Grand Prix races and British superbikes.

He went on to build a career in television with series on engineering such as BBC1’s The Boat That Guy Built and How Britain Worked shown on Channel 4.

In recent times he replicated the motorcycle jump made famous by Steve McQueen in the Great Escape.

He announced his retirement from motorcycle racing in 2017 but made a winning return in May 2019 by taking victory in a 1000cc classic race at the Tandragee 100 in Ireland.

He added: ‘It may well be that he was taken in by somebody. We therefore accept that he didn’t possess that document with intent to deceive.’

Judge Simon Hirst, sitting at Lincoln Crown Court, said: ‘There have been some medical reports submitted. The prosecution accept that it is conceivable that Mr Martin did think this was a genuine licence.

Martin was excused attendance and was not present at the brief hearing on December 24 when the decision not to proceed was announced.

Explaining the original basis for bringing the prosecution, Mr Cranmer-Brown said Martin’s UK license and the purported Irish license were submitted to the DVLA for the entitlement of the Eire licence to be added to the UK licence for reasons that were to do with his work.

‘It turned out that the Eire licence which had an entitlement for him to drive HGVs was in fact a fake licence,’ Mr Cranmer-Brown said.

‘It came to the attention of the authorities that it was problematic. A check showed there were no records of a Guy Martin with the equivalent of the DVLA in Eire and the driving licence number related to a different person.

‘When he was interviewed the defendant gave an explanation that at first blush seemed hard to accept.’

Simon Davis, representing Guy Martin, told the court: ‘I say nothing about the facts as instructed to do so. Although the decision is made late in the day, thankfully it is made in advance of the trial date.’

Martin has been given three months to reclaim any travel costs he incurred as a result of the proceedings. He made no application to recover his legal costs.