‘Does anyone know what this is?’ Woman baffled after mysterious alien-looking creature with ‘blood’ oozing out of its body washes up on a beach

A woman taking a walk on a beach turned to the internet for help after stumbling across a mysterious alien-like creature that had washed ashore.

The  woman said the strange sea creature appeared to have blood oozing out of its body as it lay in the shallows at a Scarborough beach, north of Brisbane.

‘Does anyone know what this is? Found at Scarborough beach with blood coming out,’ she posted on Facebook, according to Yahoo News.

After a number of suggestions including ‘alien poop’ or ultra-valuable ‘whale vomit’, the slimy creature was eventually revealed as a toxic sea hare.

Sea hares are known to ‘ink’ when they feel threatened, releasing an ominous red-coloured toxic chemical into the water to cloud their predator’s vision.

Their skin and digestive tract are also toxic to their predators.

‘Because they graze on the algae, they take up the pigments and sometimes the toxins that’s found in the algae, and so their colour is really variable,’ he said.

‘That’s obviously an awesome technique to blend into your surroundings.’

He compared them to the common snails without shells, and said their name came from their long tentacles which look like the ears of a hare. 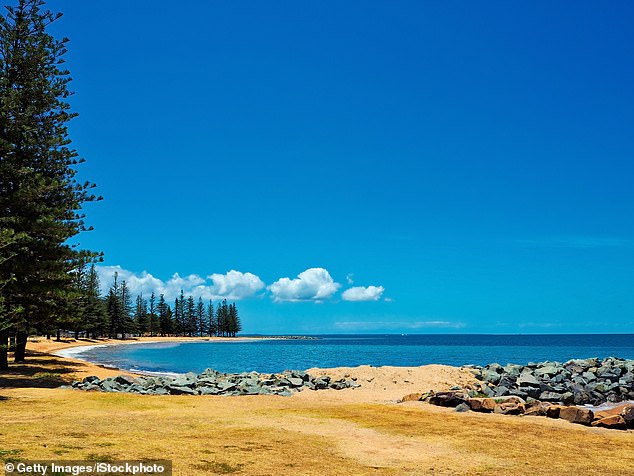 The woman found the strange looking sea creature at Scarborough, north of Brisbane, (pictured) after it had washed up on the shore

WHAT IS A SEA HARE?

The Sea hare is a marine snail, found in shallow water and occasionally in rockpools on the low shore.

They feed on seaweed and it is thought that this is what gives each Sea hare its colour, e.g. green Sea Hares are eating green seaweeds like sea lettuce whilst the reddish-maroon Sea hares are eating red seaweeds.

Sea hares have an internal shell, which is around 4cm long and transparent. Like sea slugs, the Sea hare is a hermaphrodite and they sometimes mate in chains, with an individual acting as both male and female.

They lay eggs in long pink threads, which are deposited on seaweed and look a bit like pink spaghetti. 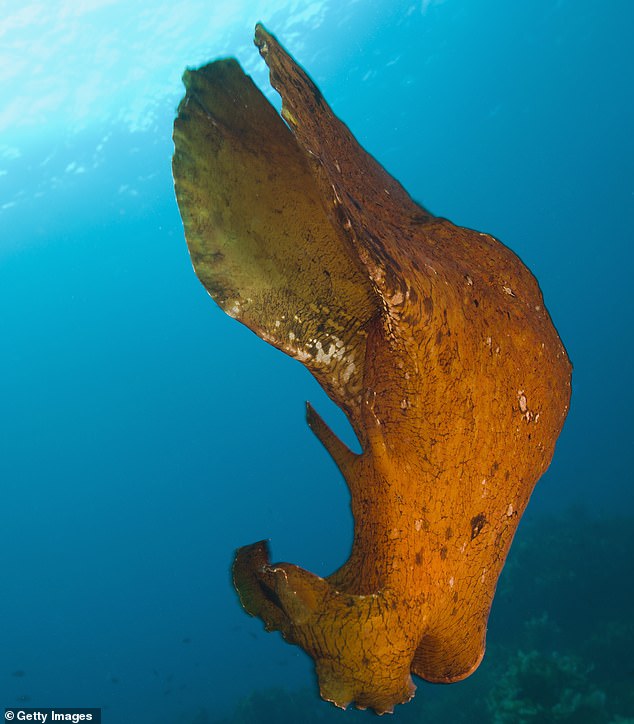 After a number of people quipped at what the creature could be it was eventually revealed as a clade Anaspidea, more commonly known as a sea hare