NASA announces new program to study flooding in the Mississippi River Delta outside of New Orleans, where 5,000 square miles of land has been lost to rising sea levels since the 1930s

By Michael Thomsen For Dailymail.com

NASA has announced a new research project to study the effects of rising sea levels on the Mississippi River Delta in Louisiana, which has seen its more than 5,000 square miles of land sink into the Gulf of Mexico over the last 80 years.

The project, called Delta-X, will be overseen by Marc Simard, principal investigator from NASA’s Jet Propulsion Laboratory, and will be conducted in two phases, one launching in April and a second beginning in the fall.

The project will gather data from two different locations, Atchafalaya Basin, a wildlife refuge halfway between Baton Rouge and Lafayette, and Terrebonne Bay off the coast southwest of New Orleans.

The team hopes to learn more about why the loss of land has been so extreme at one site, Terrebonne Bay, while the other site, Atchafalaya Basin, has actually gained landmass while sea levels have risen.

‘Millions of people live on, and live from services provided by, coastal deltas like the Mississippi River Delta,’ Simard told the JPL blog.

‘But sea-level rise is causing many major deltas to lose land or disappear altogether, taking those services with them.’

‘We hope to be able to predict where and why some parts of the region will disappear and some are likely to survive.’ 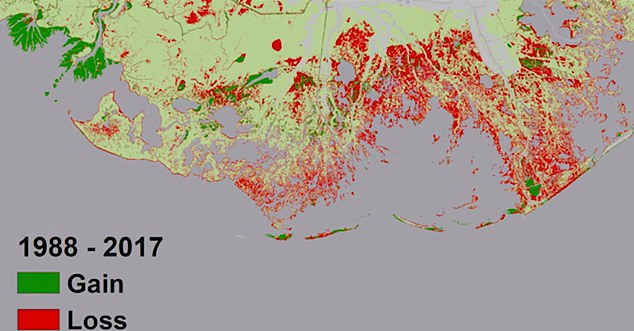 According to NASA the Mississippi River Delta has lost more than 5,000 square miles of landmass since the 1930s, yet strangely a limited number of areas have gained land mass, something the team can’t explain 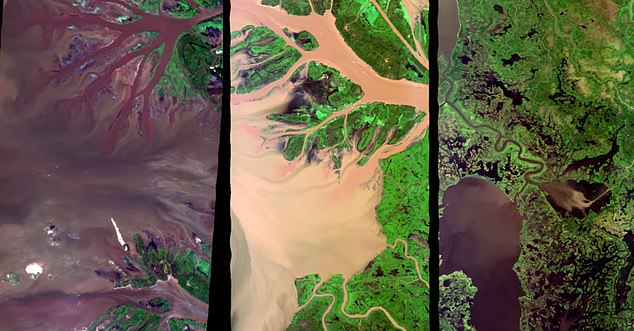 Deltas are formed by the accumulated silt and sediment carried downstream by a river starts to slow and sink where it meets another body of water.

Over time, that silt forms landmasses that spread out in maze-like networks.

River deltas can deflect strong ocean winds and protect inland territory from flooding, as well as support a unique ecosystem of plant and animal life. 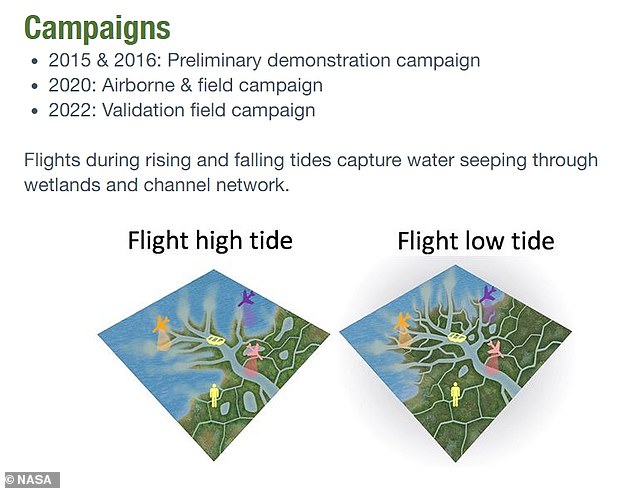 The Delta-X project was first proposed in 2015 and will officially kick off in two phases in 2020, one in April and a second one later this fall 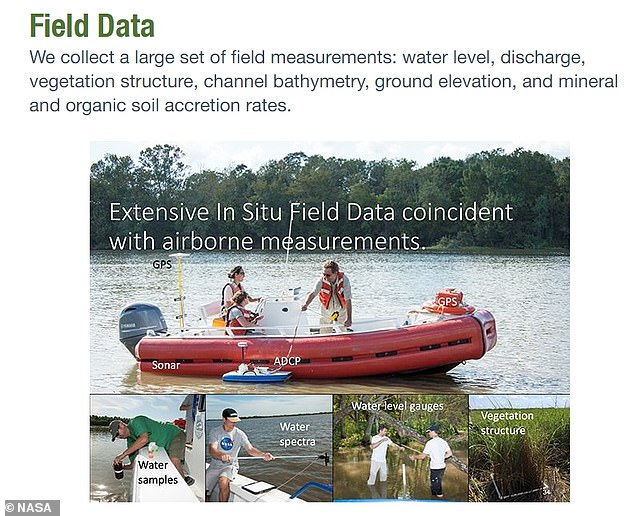 A mix of on-feet teams and teams in boats will travel across the delta territory gathering data about water level, composition, vegetation structure and more 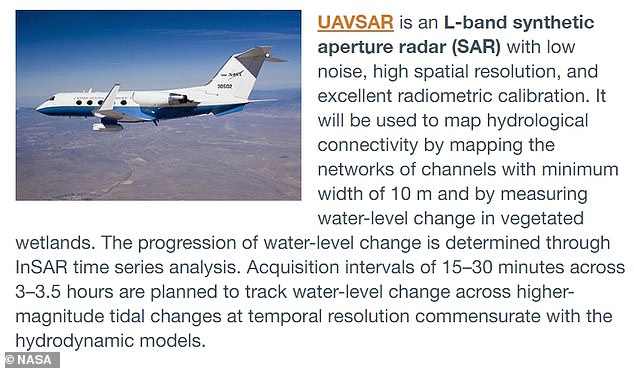 According to NASA, the Delta has been losing the equivalent of around one American football field per hour since the 1930s, which poses a growing threat to to surrounding area.

The project was originally proposed in 2015 and after four years of planning and preparation, the team will finally set out in April to start gathering data.

They’ll use planes with synthetic-aperture radar sensors to measure the slope of the Delta waters at different times of day and tide height.

Boats will also be used to collect water samples, sonar readings, and other data, and on-foot crews will walk across the wetlands gathering water levels and measuring the structure of local vegetation and landmasses.

WHAT WOULD SEA LEVEL RISES MEAN FOR COASTAL CITIES?

Global sea levels could rise as much as 10ft (3 metres) if the Thwaites Glacier in West Antarctica collapses.

Sea level rises threaten cities from Shanghai to London, to low-lying swathes of Florida or Bangladesh, and to entire nations such as the Maldives.

In the UK, for instance, a rise of 6.7ft (2 metres) or more may cause areas such as Hull, Peterborough, Portsmouth and parts of east London and the Thames Estuary at risk of becoming submerged.

The collapse of the glacier, which could begin with decades, could also submerge major cities such as New York and Sydney.

Parts of New Orleans, Houston and Miami in the south on the US would also be particularly hard hit.

A 2014 study looked by the union of concerned scientists looked at 52 sea level indicators in communities across the US.

It found tidal flooding will dramatically increase in many East and Gulf Coast locations, based on a conservative estimate of predicted sea level increases based on current data.

The results showed that most of these communities will experience a steep increase in the number and severity of tidal flooding events over the coming decades.

By 2030, more than half of the 52 communities studied are projected to experience, on average, at least 24 tidal floods per year in exposed areas, assuming moderate sea level rise projections. Twenty of these communities could see a tripling or more in tidal flooding events.

The mid-Atlantic coast is expected to see some of the greatest increases in flood frequency. Places such as Annapolis, Maryland and Washington, DC can expect more than 150 tidal floods a year, and several locations in New Jersey could see 80 tidal floods or more.

In the UK, a two metre (6.5 ft) rise by 2040 would see large parts of Kent almost completely submerged, according to the results of a paper published in Proceedings of the National Academy of Science in November 2016.

Areas on the south coast like Portsmouth, as well as Cambridge and Peterborough would also be heavily affected.

Cities and towns around the Humber estuary, such as Hull, Scunthorpe and Grimsby would also experience intense flooding.