Kirsteen Cooper was held in a cell overnight after Glasgow‘s Royal Hospital for Children (RCH) staff accused her of stealing blood.

They said that she took blood from her seven-year-old daughter, Baillie, to make her anaemic. 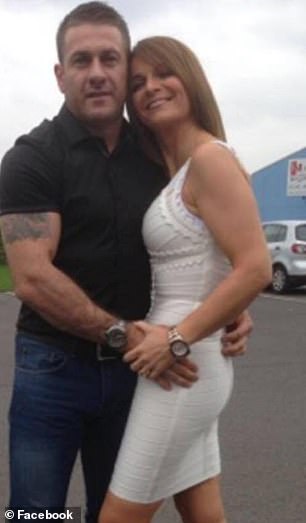 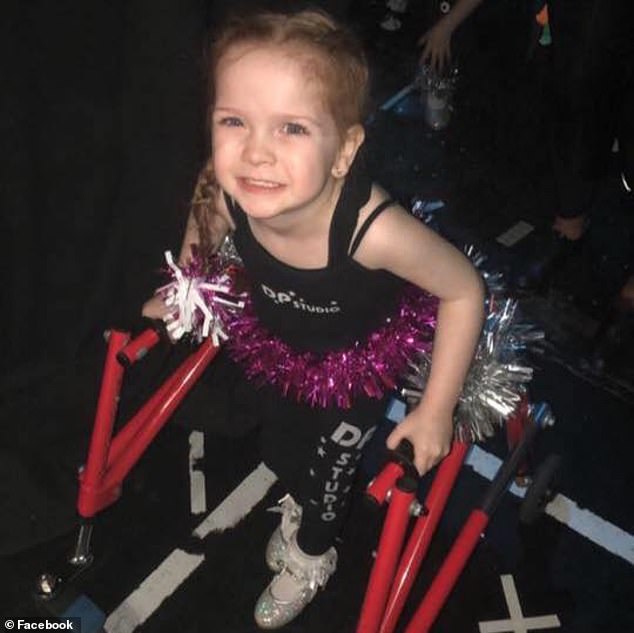 Charges against the 42-year-old were dropped at a Children’s Hearing last year and the Daily Record reports that watchdogs are investigating Wendy Mitchell.

Ms Mitchell is the Child Protection Services chief for a scandal-hit health board. She is also the chief nurse at NHS Greater Glasgow and Clyde.

The deaths of two children at the health board Ms Mitchell leads recently landed it in special measures. 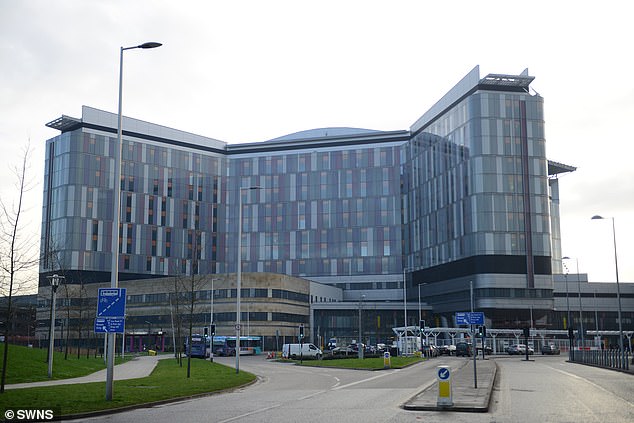 Pictured: Queen Elizabeth University Hospital in Glasgow, which is overseen by the health board. Two patients died at the hospital last year through infections

Ms Cooper, from Glasgow, had limited contact with her daughter for two years due to the false allegation.

She says that the the ordeal left her feeling suicidal and has complained to the Nursing and Midwifery Council (NMC).

She alleges that the report was used to back up claims that she had fabricated or induced Munchausen’s syndrome.

Munchausen’s is a rare form of child abuse in which a parent or carer exaggerates or causes symptoms in their offspring on purpose.

Ms Cooper’s daughter has cerebral palsy, relies on tubes for feeding and uses a wheelchair.  She was admitted to the RCH in December 2016 after suffering regular infections.

During her six-month stay, Baillie’s feeding tube leaked and staff accused Ms Cooper of tampering with it in February 2017. Police and hospital workers removed her from the hospital.

Ms Cooper describes falling to her knees in despair in her complaint and says that her daughter was hysterical.

The following day she was permitted just two hours of contact with her daughter, but that gradually increased to 11 hours each day.

She was only allowed to cuddle Baillie with supervision and could not change her nappy, brush her hair, change her clothes or bath her.

Baillie was discharged in May 2017, but her maternal grandmother, Anna, and aunt, Lorraine, then had to look after her.

She says she was ‘totally repulsed’ by the allegation that she’d stolen her own daughter’s blood.

Limited contact continued until February 2018, with Baillie not being allowed to stay with her mother until then.

The only time she was able to stay with her mother in the nine months after she was discharged from hospital was for two nights over Christmas in 2017.

Her case took almost a year to complete and ended with the allegations being withdrawn.

Ms Cooper claims the NHS report was compiled using extracts from Baillie’s medical reports and was not overseen by a haematology expert.

She also says Child Protection Services began investigating her when she made a formal complaint alleging a serious lack of hygiene at the hospital, claiming Baillie’s room wasn’t cleaned for several days.

She was told she could not get a response to the hygiene complaint because of the probe.

The hospital said in a letter this week that it would give a formal response to the complaint, which was filed almost three years ago.

An NHS Greater Glasgow and Clyde spokesman said: ‘The board acknowledges that intimation of a NMC referral has been received by them, relating to one of their employees.’

The health board was placed under special measures last month following the deaths of two children in 2017.

Glasgow’s Queen Elizabeth University Hospital is at the centre of a public inquiry over safety fears following patient deaths from infections and a water contamination scandal.