Only half of pregnant women are going into labour naturally because of the rise in older or overweight mothers needing inductions and c-sections, figures show

The number of women who go into natural labour has dropped to just 50 per cent because of a sharp rise in older or overweight mothers who need to be induced.

Over the last ten years there has been a massive 20 per cent drop in the number of births which are started naturally, new figures show.

Dr Patrick O’Brien, a spokesman for the Royal College of Obstetricians and Gynaecologists, told The Sunday Times: ‘There are two main drivers behind this trend. One is the increasing complexity in which women having babies nowadays are increasingly older and more likely to be overweight.

‘Being older means that when you are having a baby you are more likely to have pre-existing conditions such as high blood pressure or diabetes.. Every one of those things increases the chances of needing to have labour induced.’

Women who already have high blood pressure are likely to see it rise at the end of their pregnancy, which can lead to the condition pre-eclampsia.

Older and obese mothers are at greater risk of complications when giving birth naturally. 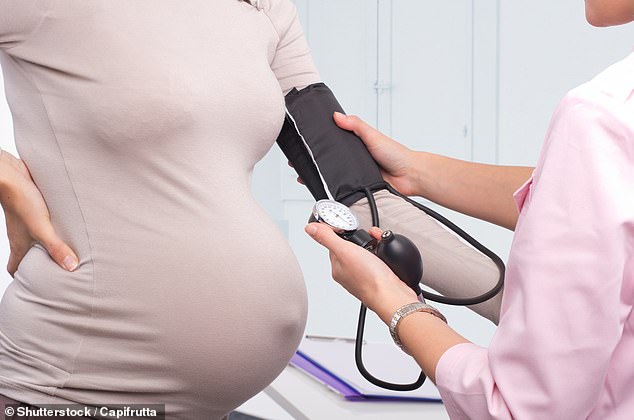 In the past decade, the number of mothers under 20 has dropped by more than half, and the average age for a first-time mother is 30.

The other factor behind the drop in natural births is the growing reassurance that inducing labour is a safe method of giving birth.

Induction is offered to women who do not go into labour naturally by 42 weeks, because there is a higher risk of stillbirth or problems for the baby at this stage in the pregnancy.

Lia Brigante, quality and standards adviser at the Royal College of Midwives, said: ‘All women should be offered high quality evidence information about the risks and benefits associated with induction of labour and expectant management to help in their decision making.’