The pupil, named locally as Harley Watson, was killed when a car mounted the pavement near Debden Park High School in Loughton yesterday afternoon

This is the first picture of a 12-year-old boy who was mown down and killed in a ‘deliberate’ hit and run outside a school.

The pupil, named locally as Harley Watson, died when a car mounted the pavement near Debden Park High School in Loughton yesterday afternoon.

Four teenagers, thought to be pupils at Debden Park High School in Loughton, and a 23-year-old woman were injured.

The 12-year-old, who attended the school, was taken to hospital where he later died.

One father, whose daughter was hit by the car, told Essex Live: ‘A Ford KA mounted the pavement behind her. Her friend was bounced onto the bonnet before another boy was hit very bad.

‘The car drove off down the road and the police arrived quickly.

‘My daughter is safe, but the wing mirror clipped my daughter. Her friend got thrown off the bonnet.

‘It was awful to witness. Everyone is in shock.’

Essex Police said in a statement that a Loughton man has been arrested on six counts of attempted murder and one of causing death by dangerous driving.

He also faces charges including causing serious injury by driving, failing to stop at the scene of a collision and driving without insurance. 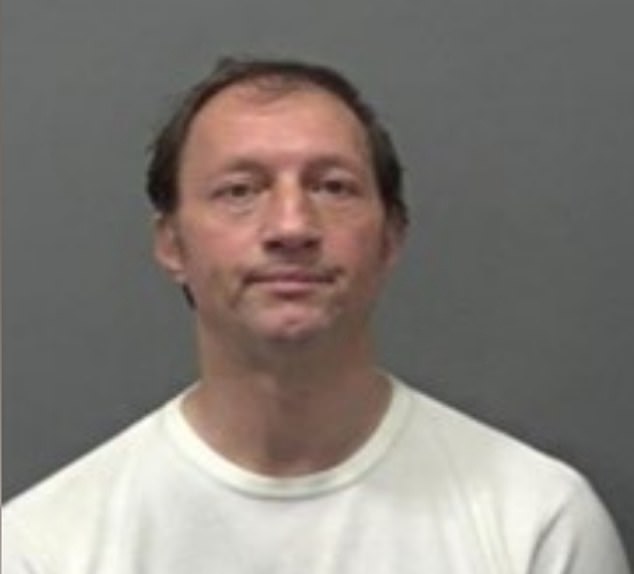 Essex Police said in a statement a 51-year-old Loughton man has been arrested on six counts of attempted murder and one of causing death by dangerous driving. The arrest came after police said they were searching for Terry Glover, 51, (pictured) over the incident

Officers launched a murder investigation after the incident near Debden High School, on Willingale Road, in Loughton, at around 3.30pm this afternoon.

The arrest came after Essex Police said they were looking for a silver Ford KA with the registration number LS08 OKW and searching for Loughton man Terry Glover, 51.

At a press conference this evening, Chief Superintendent Tracey Harman of Essex Police said officers are looking to speak to Terry Glover, 51, who lives in Loughton, over the crash, and believe ‘the collision was deliberate.’

Chief Superintendent Tracey Harman told reporters on Monday night: ‘We believe that the collision was deliberate and as such we have launched a murder investigation.

‘We are investigating whether or not this incident may have been connected with another incident nearby.’

Police also revealed checks were being made to see if there is a connection to a similar incident, reported to be at Roding Valley High School, earlier in the day.

Helen Gascoyne, the school’s head, said the community is ‘devastated’ by the death of one of its students. 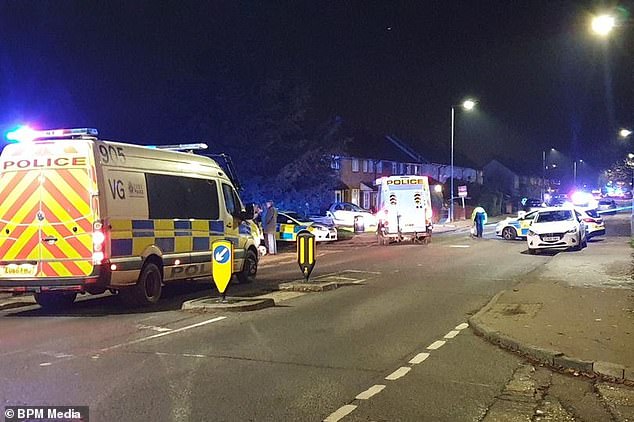 Police were called to the incident near Debden High School, on Willingale Road, this afternoon (pictured) 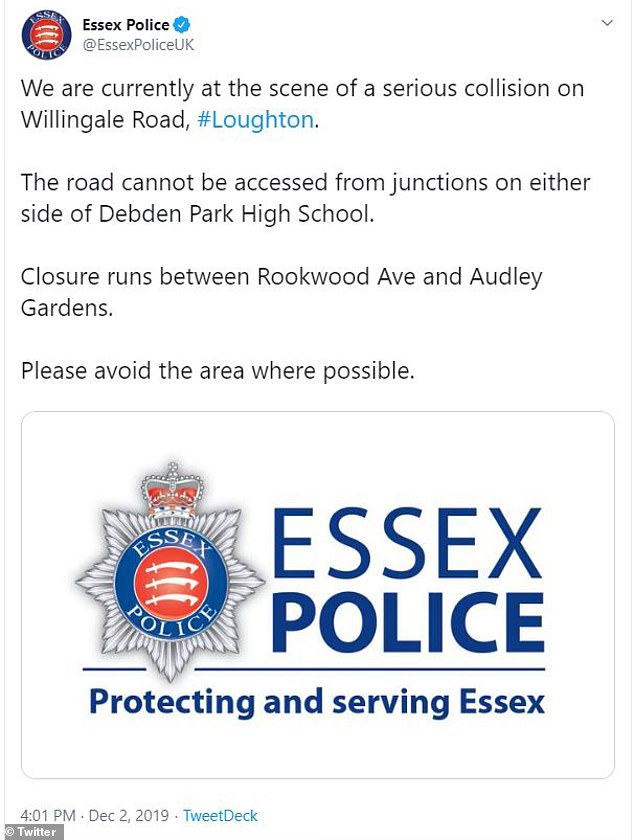 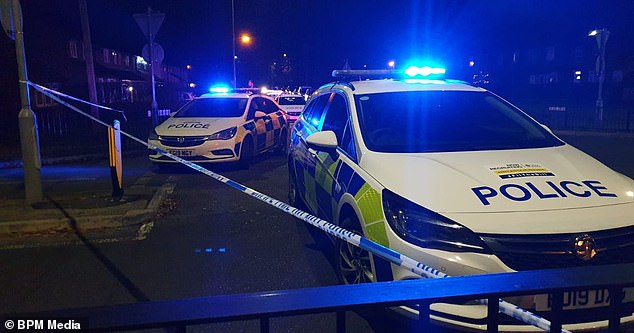 Emergency services are on the scene in Willingale Road, in Loughton this evening 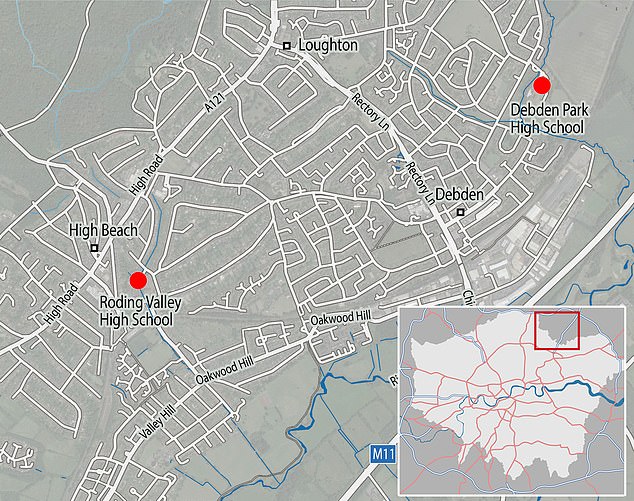 A map showing the location of the shocking incident in Loughton this evening. Police also revealed checks are being made to see if there is a connection to a similar incident, reported to be at Roding Valley High School, earlier in the day 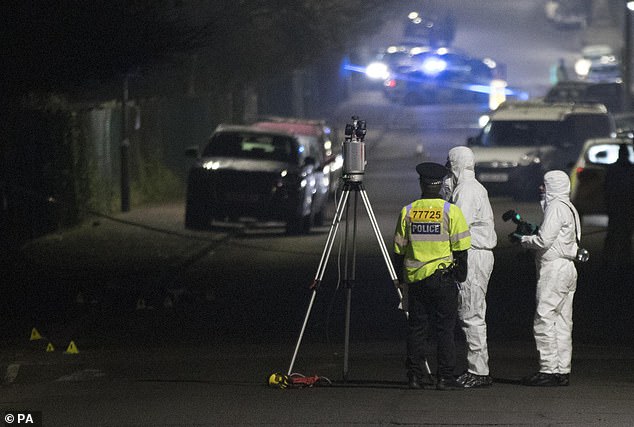 Forensic Officers in Willingdale Road near Debden Park High School, in Loughton, Essex, after a murder investigation was launched 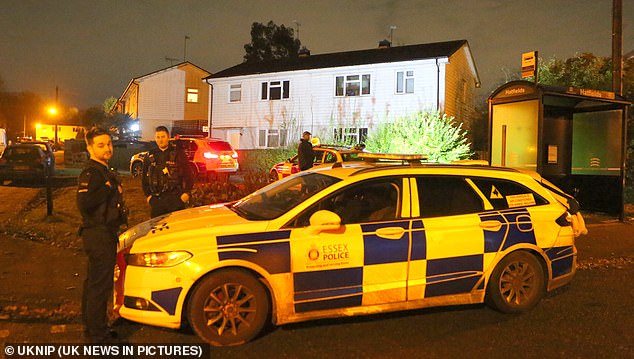 Police officers carry out a raid on wanted man Terry Glover’s house. Police are eager to speak to Mr Glover after a fatal collision at a school earlier today

Police were called to the scene shortly after the end of the school day, at around 3.20pm on Monday.

East of England Ambulance Service sent 15 ambulances and 10 other vehicles, while three air ambulances were mobilised.

Detective Chief Inspector Rob Kirby said: ‘This has been a truly shocking incident and my deepest sympathies are with all those involved.

‘I would like to thank the many members of the public who have called us with information and spoken to our officers, as well as those who provided crucial medical assistance at the scene.

‘I would urge anyone with information, dashcam footage, or who may have seen anything on social media that they think could be crucial to call us on 101 and quote incident number 726 of 2 December.’

A statement from Debden Park High School’s head Helen Gascoyne said: ‘As a school and a community we are devastated to say that as a result of the incident in Willingale Road this afternoon, it is with great sadness that we must report that a 12-year-old student from our school has sadly died. 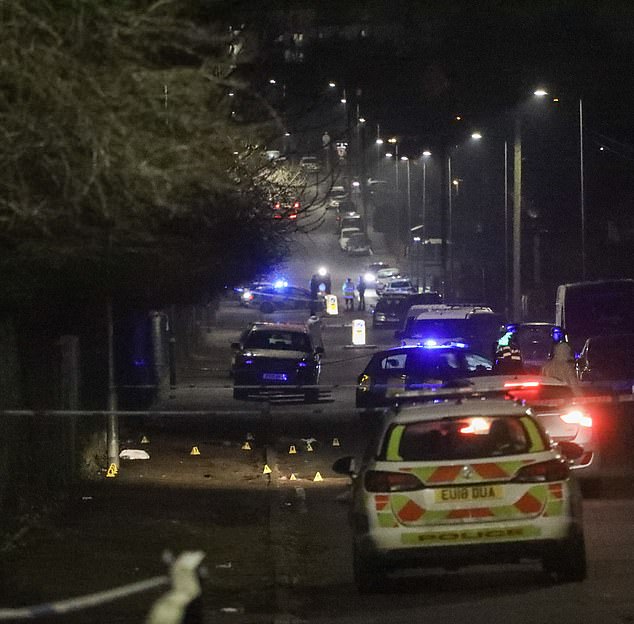 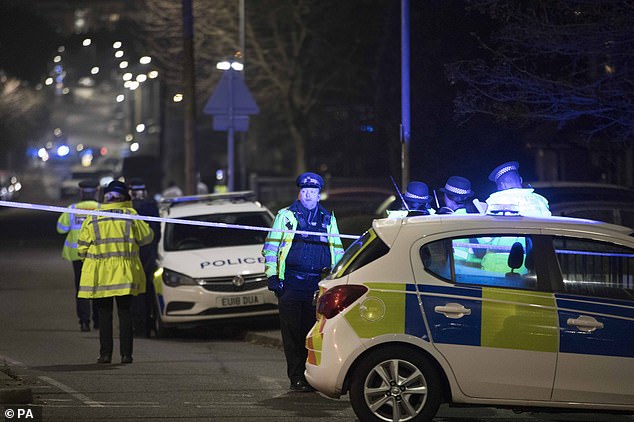 The scene near Debden Park High School, in Loughton, Essex, after a murder investigation was launched after a 12-year-old boy was killed when a car crashed into children

‘Our thoughts are with the family and all those affected. As a school we continue to work with the police supporting the ongoing investigation.

‘The school will be open tomorrow with a number of counsellors on hand to support our community.’

An Essex and Herts Air Ambulance attended the the incident and in a statement they said they are assisting Essex Police and the East of England Ambulance Service after a number of people were involved in a road traffic collision.

Inspector Rob Brettell said the case is likely to be a ‘prolonged and serious investigation’ and has urged witnesses to come forward with any information or dash cam footage.

Did you see what happened?

Debden Park is a mixed academy school for pupils aged 11 to 18, which specialises in the performing arts and received a rating of ‘outstanding’ in its most recent Ofsted inspection, according to its prospectus.

A statement on the school’s website said: ‘There has been a serious road traffic incident tonight on Willingale Road involving some students from our school.

‘As we receive any updates we will let you know. Our thoughts are with all those who have been affected.’

A police cordon remained in place along Willingale Road on Monday night manned by uniformed officers.

The cordon began metres from the entrance to the school, near the junction of Jessel Drive, and an officer was going door to door in the streets nearby.

Armed police could be seen outside a home on the corner of Newmans Lane and Hatfields in Loughton, where neighbours said Glover lived alone.

No lights were on in the property but two armed officers were stationed outside while a marked squad car was parked in the road.