Vegan alternatives to the traditional Christmas roast are flying off the shelves at Waitrose and Sainsbury’s as Brits seek a more ethical festive fare.

Sainsbury’s said one vegan ‘pups in blankets’ is sold for every four of its meat version while its competitor has seen sales of its festive vegan range up 40 per cent.

Vegan buyer Charlotte McCarthy told The Times: ‘We anticipate this Christmas will be the biggest ever for vegan food. We’ve worked hard to ensure that there is an exciting range for our customers.’

More than two in five households are planning to serve a vegetarian or vegan alternative this Christmas, according to figures by Sainsbury’s. 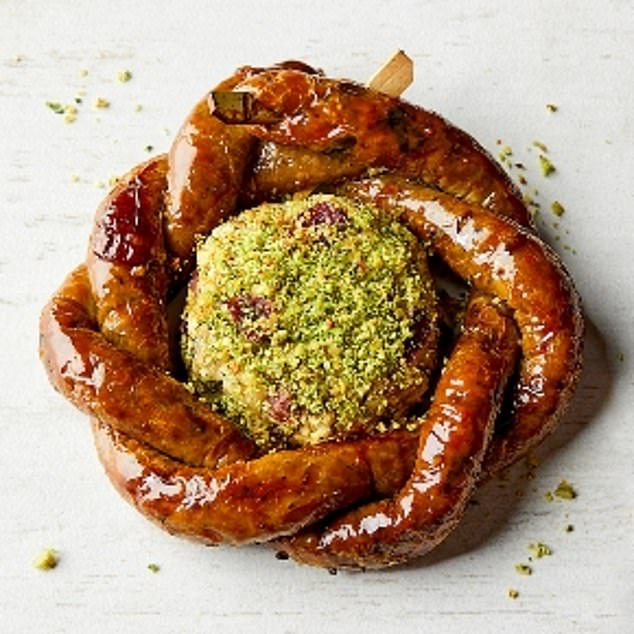 Waitrose has seen sales of its vegan range, including the sausage wreath (pictured), up 40 per cent. More than two in four households are planning to serve vegan or vegetarian fare 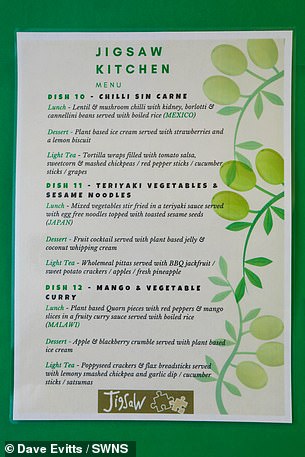 A document sent to parents by  Jigsaw Day Nurseries in Chester outlines the type of meals that will be included on the new vegan menu. It includes 25 dishes based on different cuisines from around the world (pictured, the new menu)

This comes after The German Kindergarten, which has branches in Herne Hill and Dulwich, was forced to drop its vegan-only menu. It was deemed an ‘unexpected surprise’ by parents.

A nursery in Cheshire was also slammed by angry parents after becoming one of the first in Britain to introduce a totally vegan menu.

Jigsaw Day Nurseries in Chester is to introduce a new menu from January, removing meat, fish, eggs and dairy products and adopting an entirely plant-based diet.

The Vegetarian Society published an advisory guide on how to make vegans feel more comfortable around the Christmas table this year.

‘If possible, make sure that they get served first,’ the guide suggested. ‘They probably won’t jump to the front of the queue – so why not do it for them?’

Meanwhile Morrisons will not stock its vegan pork-pie at its branch in Melton Mowbray, Leicestershire, to avoid offending locals. 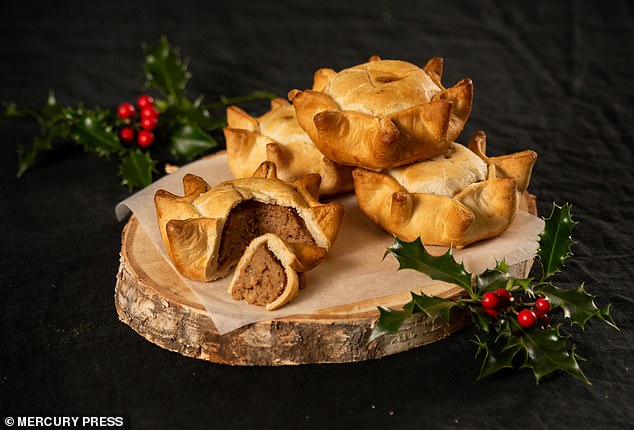 Meanwhile Morrisons is not be stocking its new vegan pork pies in Melton Mowbray, Leicestershire, the home of the traditional meat snack