Progress is a wonderful thing. People are always desperately keen to embrace the new, and to consign the old to the dustbin of history.

There’s something so satisfying about it. A clean break with horrid, old-fashioned, clumsy ways. But what is fascinating is how many things which are written off refuse to die.

Only 50 years ago, television was supposed to be sounding the death knell for live theatre. Today, box-office takings have never been healthier.

If an author records an audiobook of one of their own works, listening to their voice brings an extra dimension to the experience — the sense of being connected directly to the writer. A stock image is used above

Railways, in the Sixties, were considered hopelessly outmoded but now they are more popular than ever, to the point of insane overcrowding.

And when vinyl was superseded, first by cassettes then by CDs, spoken word recordings, which had been highly popular — especially with me — were also supposed to be a dreary old thing of the past. Bo-ring!

Now it turns out that the appetite for the spoken word is advancing rapidly.

Sales of audiobooks in the UK are set to overtake those of ebooks. According to the consultancy firm Deloitte, audiobooks will generate revenues of £115 million next year, up 30 per cent on 2018.

Meanwhile, the global audiobook market is forecast to grow by 25 per cent to almost £4 billion in 2020. 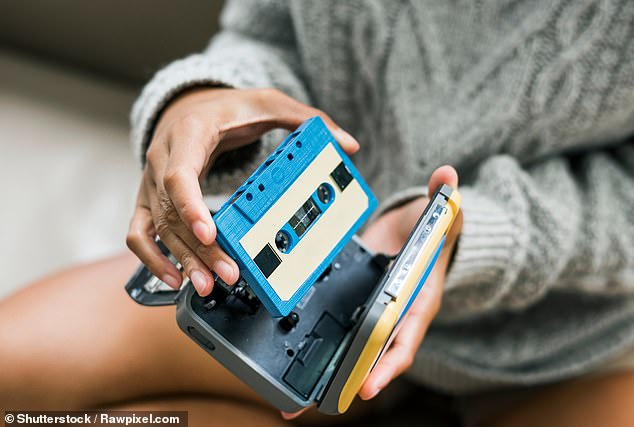 When vinyl was superseded, first by cassettes (above) then by CDs, spoken word recordings, which had been highly popular — especially with me — were also supposed to be a dreary old thing of the past

That this is so seems to have come as a surprise even to the publishers. It’s partly down to the fact that you can listen to an audiobook on a piece of tech as ubiquitous as the smartphone.

But those of us who work in the theatre or television or film know and have known from time immemorial, since the first man or woman stood up in a cave to tell a story, that it is one of the central human experiences. 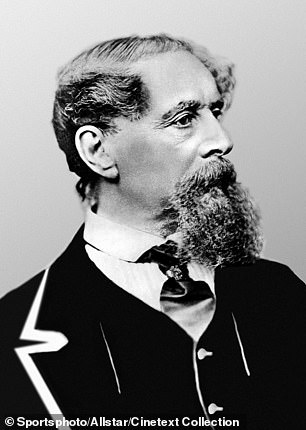 Charles Dickens became addicted to the experience (of performance), pushing himself on to give more and more. When he was at his lowest ebb, physically and mentally, he added a new sequence, the death of Nancy from the last chapter of Oliver Twist, which he rendered with such brutal realism that people fainted

As soon as people want to know what’s coming next, they are putty in your hands.

Say ‘You’ll never guess what just happened to me’ with enough conviction and a unique kind of silence falls: a spell is cast.

The great storyteller knows how to spin it out until not knowing what comes next is almost unbearable for his audience — whether to five mates in the Fox and Crown or to 2,000 people in the London Palladium — as Stephen Fry recently demonstrated by recounting the stories of the Greek gods in his show, Mythos.

Novels are, of course, infinitely more complex. Indeed, the Czech writer Milan Kundera, possibly the greatest novelist alive today, remarked that novels have only one theme, and that is that ‘things are not as simple as they seem’.

And sometimes people are daunted by reading these great complex tomes. But having them read to you — that’s a different thing altogether.

Charles Dickens certainly knew that. He toured the British Isles and the United States reading his works to huge audiences in vast halls, engendering electrifying levels of excitement and emotion in his listeners.

Not only were they gripped in an iron vice by the compelling brilliance of the narrative, they were astounded at his ability to transform his voice and his body for each new character.

He was a superb performer, in both tragic and comic sequences, moving the audience alternately to gales of laughter and deep sobs, but his connection with his listeners — who adored him, feeling, as they had always done, that he spoke for them — was palpably intense, the applause at the end thunderous and never-ending. 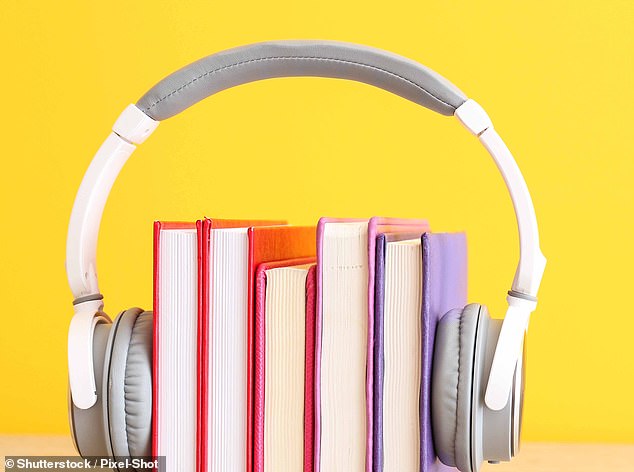 Sales of audiobooks in the UK are set to overtake those of ebooks. According to the consultancy firm Deloitte, audiobooks will generate revenues of £115 million next year, up 30 per cent on 2018

Dickens became addicted to the experience, pushing himself on to give more and more.

When he was at his lowest ebb, physically and mentally, he added a new sequence, the death of Nancy from the last chapter of Oliver Twist, which he rendered with such brutal realism that people fainted.

He seemed possessed by the characters and the story: now thuggish as Bill Sikes, now helplessly vulnerable as Nancy, pleading with God for forgiveness.

It’s a kind of magic, and, mysteriously, it can be even more powerful than having the same story performed by a cast of 20.

Radio listeners (and there are more and more of those, too, these days) know that listening to a play or a story ignites the imagination in a way that a visit to the theatre, for all its charms, can’t match.

One’s mind fills with pictures, one’s emotions are much more directly engaged, one’s connection to the story is so much more urgent.

So when Miriam Margolyes delivers her extraordinary and prize-winning interpretation of Bleak House, playing men and women, young and old, rich and poor, grotesque and tender, evoking Dickens’s terrifying fogbound world, it is as close to being in the room with Dickens as you will ever know.

When Stephen Fry takes you on the great odyssey that was the Harry Potter stories — or reads, as he has recently done — the complete Sherlock Holmes, he is right inside your head, and takes you inside Harry’s head or Sherlock’s unfathomable mind.

And when Neville Jason reads the whole of Proust’s great cycle of novels, In Search Of Lost Time — one of the greatest of all book recordings — you feel that you are almost a character in it yourself, so intimately do you know the lives of these upper-class Parisians of a hundred years ago.

And the top ten favourites

7. Twas The Nightshift Before Christmas by Adam Kay (Adam Kay)

10. The Subtle Art Of Not Giving A F*ck by Mark Manson (Roger Wayne)

If an author records an audiobook of one of their own works, listening to their voice brings an extra dimension to the experience — the sense of being connected directly to the writer.

A number of household names have voiced their own bestsellers, including Sir Elton John, who narrated his autobiography Me, with the help of the actor Taron Egerton, who played him in the film Rocketman. Other reader-writers include Bill Bryson, Malcolm Gladwell and, of course, Stephen Fry.

I’ve recorded more than 50 books myself: novels, biographies, history. There’s no branch of acting that I love more — even when I had to play 25 Norwegian nuns in Roald Dahl’s The Witches.

I have been thanked by many people for saving their marriages with the recording I made of The Twits, which is a reliable standby when driving the kids down to the seaside for a holiday. Instant silence descends on the car.

Once I had to record a short story specially to calm dogs on Bonfire Night: the author’s dog fell into instant slumber after half a sentence, not the effect I normally like to have on my audiences, but it did the trick.

And for my recordings of all the Jeeves stories of P. G. Wodehouse, I was given an award that is rather hard to live up to: Male Performer of the Year.

But it has all been joyous, and it’s the best news imaginable that ever more people want to be read to, because it’s so deeply satisfying to do.