Stalker, 23, who broke a restraining order is spared a return to jail after begging magistrates to let him start a new job with Big Four firm Deloitte

By Faith Ridler For Mailonline

Ethan Jackman, from Brighton, had taunted his ex-partner and broken a restraining order soon after his release from prison

An ‘obsessive’ stalker who broke a restraining order has been spared a return to prison after he begged magistrates to let him start a new job with Deloitte.

Within days of leaving jail, the 23-year-old had carried on harassing the woman and created YouTube and Facebook accounts in her name that were ‘sexually insulting’.

He had boasted that he was celebrating his release with whisky and driving a Porsche after his conviction for harassing the woman.

At Brighton Magistrates’ Court, Jackman asked not to be sent back to prison because he hopes to start a job with accountancy firm Deloitte in December.

Jackman said he struggles to cope with women breaking up with him, because he was abandoned by his mother in Singapore when he was seven years old.

He was spared prison and given a 12-week suspended sentence after admitting breaching the restraining order. 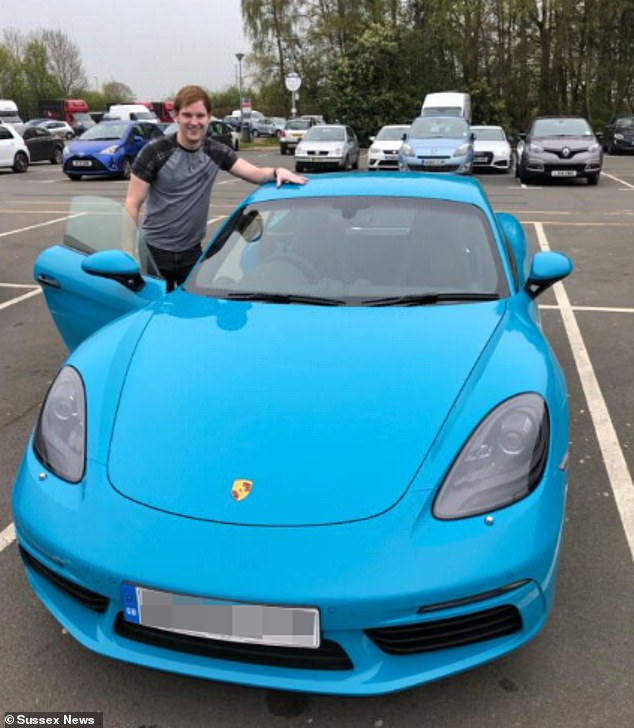 He had boasted that he was celebrating his release with whisky and driving a Porsche after his conviction for harassing the woman in September (Pictured: Jackman with a Porche)

Suzanne Soros, prosecuting, said Jackman was sentenced for harassing his ex-partner in September and jailed for 16 weeks, with a five-year restraining order.

She said: ‘The order stopped him publishing images and footage of the victim.

He was sent to prison because of his obsessive nature, the harassment was taunting and sexually insulting in nature.

‘The new posts were images of breasts and bottoms which are not the victim, but link to her profile, in her name, and identify her date of birth and the university she attended. He was taunting her with pictures having been released early.’

Ms Soros said Jackman’s behaviour showed a ‘serious’ and ‘persistent’ breach of the order made in September. 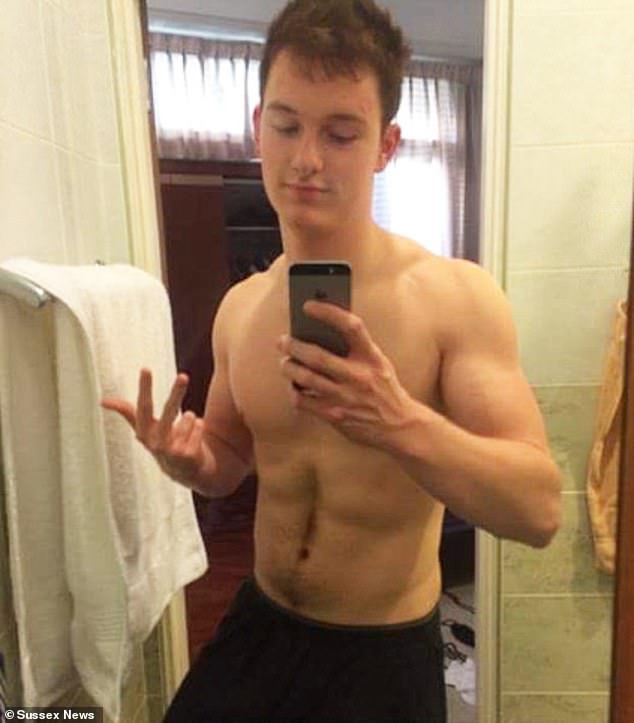 At Brighton Magistrates’ Court, Jackman asked not to be sent back to prison because he hopes to start a job with accountancy firm Deloitte in December

He previously studied a masters degree in history and Chinese at the University of Edinburgh where he met his ex partner.

Now he wishes to start a graduate scheme at Deloitte. She said Jackman ‘apologises for his behaviour’.

Jackman also insisted on addressing magistrates himself, apologising for initially pleading not guilty because he feared ‘ruining’ his future job prospects.

Referring to himself in the third person, Jackman said: ‘Punishing him with prison for what he has done will not address the root causes.’

He will become a risk and compliance officer at Deloitte and said: ‘I know, compliance, right, I get the irony.’

Later, he added: ‘I really hope you will give me a chance here. I worked really hard to get my degree, and had lot of hardship when I was a kid.’

Magistrate David Watkins ordered him to pay £250 in compensation, with £85 costs and a £122 surcharge.