By Chris Pleasance for MailOnline

Model Stella Maxwell has been granted a five-year restraining order against a man she accused of stalking her.

The 29-year-old was granted the order against Ruben Velazquez this week after he allegedly sent her dozens of threatening messages over Instagram, TMZ reported.

Maxwell said the messages included ‘I’m thinking of burning your house’, ‘I will leave you in a wheelchair’ and ‘I’m going to be a serial killer.’

One chilling message even included a picture apparently taken by Velazquez just feet away from her front door, she alleged. 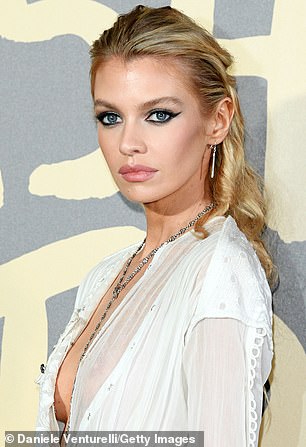 Velazquez has been separately charged with criminal threats and harassment in a case that has yet to come to court.

Maxwell, who models for Victoria’s Secret, had been granted a temporary restraining order against Velazquez last month after filing court papers.

The order banned him from getting within 100 yards of her at all times.

At the time of the filing, court papers alleged one of his messages had read: ‘Buy a shotgun with long range and leave you lame.’

He is also accused of making multiple references to her being his husband, including a message that said ‘we are going to f*** Stella’.

Maxwell has been romantically linked with a string of high-profile actresses throughout her career.

In 2015 she had a brief romance with Miley Cyrus, before spending two years in an on-again-off-again relationship with Kristen Stewart. 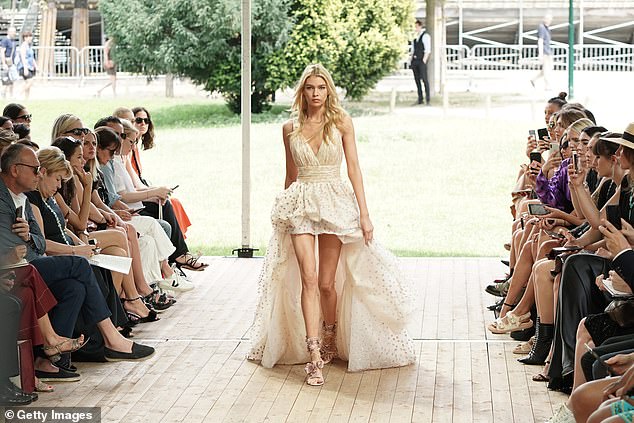 Maxwell said Velazquez sent her multiple messages including ‘I’m thinking of burning your house’ and ‘I will leave you in a wheelchair’, along with a picture near her front door

Over the summer the pair were spotted kissing on a yacht off the Amalfi Coast in Italy, fueling rumors they were reigniting their romance.

But Stewart confirmed their split in August, saying she was now in a relationship with screenwriter Dylan Meyer.

Maxwell was born in Belgium and lived in Australia and New Zealand for a time before she was discovered, and is now one of the world’s most in-demand models.

She became a Victoria’s Secret Angel in 2015, and the following year topped Maxim’s Hot 100 List.

Maxwell has appeared in Glamour, Elle, and Vogue, and has featured in advertising campaigns for H&M, Urban Outfitters and Puma.

She now splits her time between New York and Los Angeles.