Janet Ellis did what many people dream of doing: while on holiday she stopped to have a ‘what if’ browse in an estate agent’s window and came home having bought a cottage.

What she had fallen love with was part-cottage, part-cave, dug into the stone of an Italian cliff.

Janet Ellis on Blue Peter in 1983. ‘Most people who recognise me were Blue Peter viewers and are now in their 40s,’ Ellisa tells Event

At other times in her life it might have seemed like a reckless purchase for someone who’s spent decades in the precarious world of showbusiness, as an actress and presenter. Today, however, it seems a prudent investment thanks to its tranquillity and privacy.

Ellis’s husband, John Leach, has cancer, a diagnosis that has felled the couple twice. The first time was in 2016, when a sore throat turned out to be tonsil cancer. The second was more recently when they went for a routine hospital appointment expecting another ‘all-clear’, only to be given the devastating news that John had stage-four lung cancer.

Ellis says: ‘In that moment, we both wished we did not have to tell anyone else. We thought if we can keep it this size [she mimes a tiny shape with her hands], if it’s just us, we can pull through.

‘I can talk about it now, but for a long time I couldn’t, not without dissolving.’ 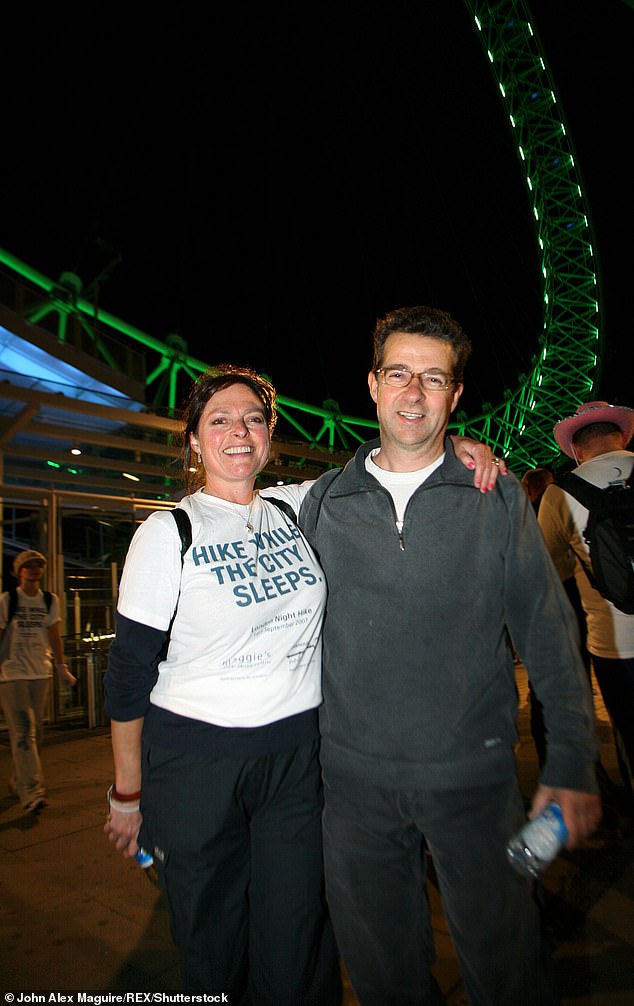 Janet Ellis with her husband John on a charity walk in 2007. ‘There’s no one else I want to spend time with, no one else whose opinion I value so much’

John, who has a TV production company, is undergoing chemotherapy. When his treatment permits, the couple go to their little house on Sicily. ‘It was an impulse buy. We wouldn’t have done it if John hadn’t been diagnosed and had still been working flat out.

‘Over the years we have often asked ourselves what we could do to make more time together. The fates have a capricious way of saying, How about this? His cancer has meant we are together more. We have a lovely relationship. There’s no one else I want to spend time with, no one else whose opinion I value so much.’

Ellis, 64, is in the kitchen of the west London house they have shared for more than 30 years and where she has raised her family – her daughter from her first marriage, singer Sophie Ellis-Bextor, 40, and her son and daughter with John, Jackson, 32, and Martha, 29. Sophie lives ten minutes away and she and her five sons are frequent visitors to her mother’s home. Ellis has watched as Sophie’s fame has eclipsed her own and pays tribute to how she’s handled it. ‘Most people who recognise me were Blue Peter viewers and are now in their 40s [she presented the show between 1983 and 1987, but remained a familiar face and voice on our screens]. It’s a nice thing. Sophie is a household name, but she deals with it brilliantly. She just lives her life, gets on the Tube. It doesn’t define her.’ 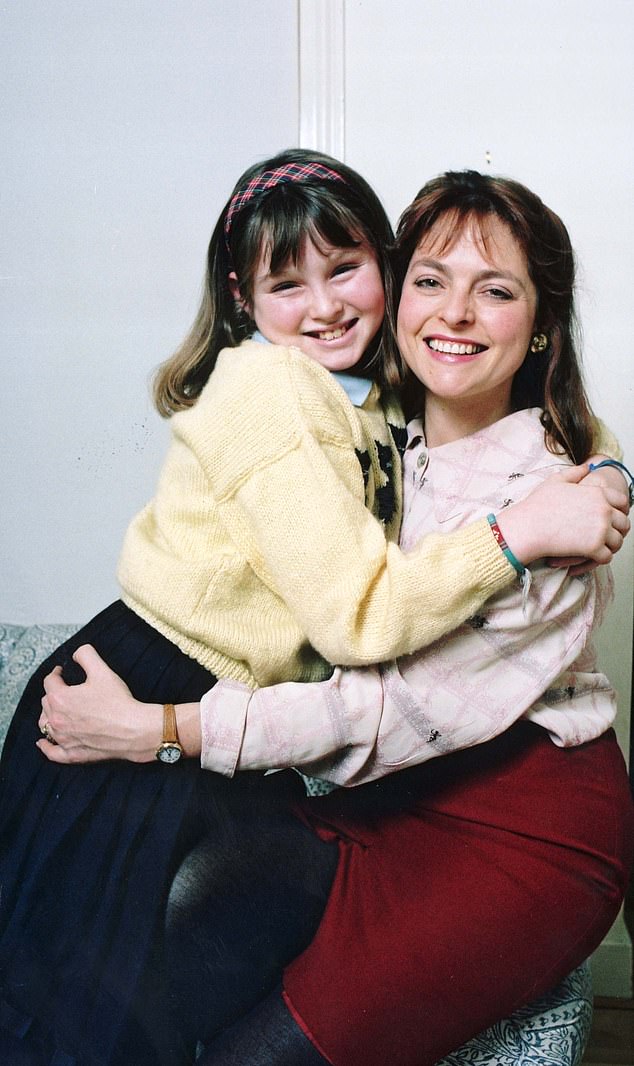 Janet Ellis with daughter Sophie in 1989. ‘Sophie is a household name, but she deals with it brilliantly. She just lives her life, gets on the Tube. It doesn’t define her’

She’s speaking ahead of the paperback publication of her second novel, the family drama How It Was. The story is told in a series of flashbacks from the present day, which is set by the bedside of a man dying from cancer. Ellis is adamant it has nothing to do with John’s diagnosis, but a much earlier – and still private – experience of losing someone she loved. It’s mainly narrated by Marion, a housewife trapped in the decade before the beginning of the women’s liberation movement in the Seventies. She’s easy to dislike given she’s sexually jealous of her teenage daughter, Sarah, obsessed with her seven-year-old-son, Eddie, and has cuckolded her steadfast husband Michael, who’s now dying.

‘I promise it’s not drawn from my own experience,’ says Ellis with a smile, pointing out that her debut novel, The Butcher’s Hook, featured a teenage killer. ‘She is an appalling character and that’s not me either,’ she says.

There is a third book in her head and The Butcher’s Hook has been optioned for TV, which means Ellis may yet find herself acting in a cameo in her own drama, neatly tying her two careers together.

This twin success, especially as it comes in her 60s, should be sweet, but it has been overshadowed by John’s illness. Ellis, however, finds solace in being busy.

‘I’m grateful to get up to have something to do,’ she says. ‘It would be fatal if people spent all day saying “How are you?”, wouldn’t it? The truth is that sometimes I would not get past the answer.’

‘How It Was’ by Janet Ellis is published by Two Roads in paperback on April 2, priced £8.99