By Andrew Court For Dailymail.com

The Irishman has become Martin Scorcese’s most critically- acclaimed film of all-time, garnering a perfect score on Rotten Tomatoes.

The popular website – which aggregates official film reviews to give each movie a percentage score –  has awarded the film a 100% rating based on reviews from 80 different publications.

The Irishman has also come out on top against the director’s other beloved movies, Goodfellas and Raging Bull – each of which hold a 96% rating on Rotten Tomatoes.

It’s extremely difficult to attain a 100% ‘Certified Fresh’ rating on the website, as a single negative review will undercut a perfect score.

The Irishman has become Martin Scorcese’s most critically- acclaimed film of all-time, garnering a perfect score on Rotten Tomatoes. Robert De Niro is pictured in a scene from the forthcoming movie

Only 23 films hold a 100% rating on  Rotten Tomatoes – including Citizen Kane, Rear Window, and All About Eve.

The Irishman is set to be released in cinemas on November 1, and will hit Netflix on November 27 – the day before Thanksgiving.

The film cost a whopping $160 million to make, and runs for 3 hours and 29 minutes –  a run time longer than The Godfather, Titanic and all of  Lord of The Rings films.

Not one of the 80 published reviews have been negative. 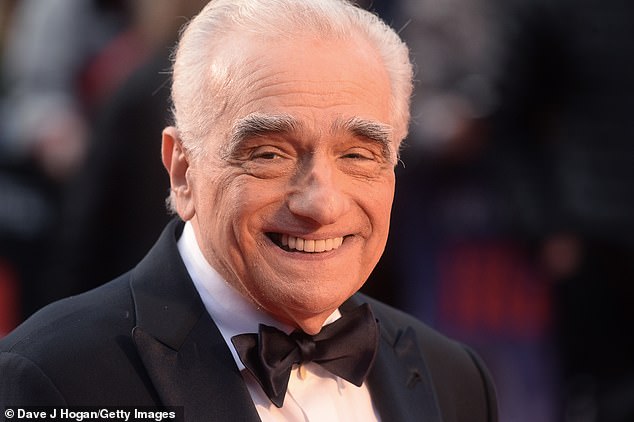 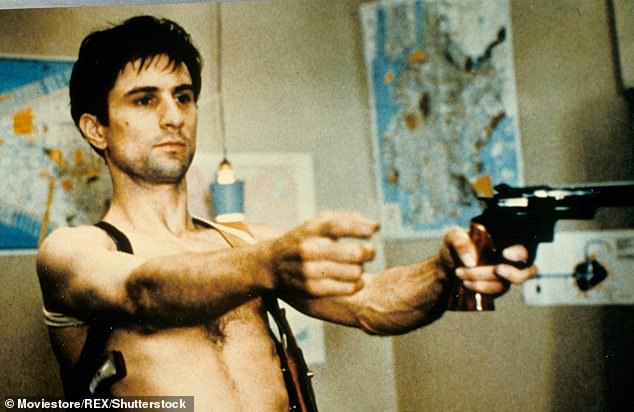 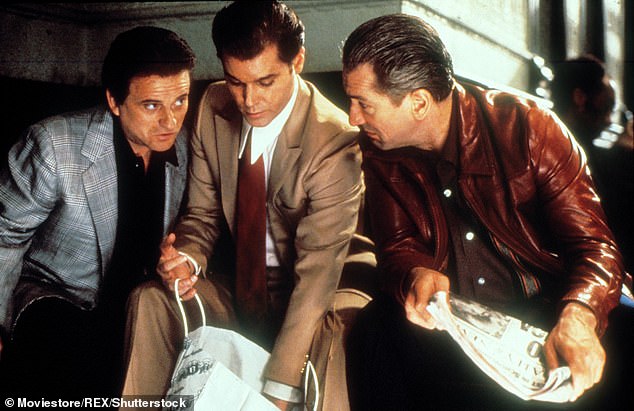 Of the film’s epic run-time, MailOnline’s Roxy Simons wrote in a recent review:  ‘There’s rarely a moment where The Irishman is burdened by this run-time, thanks to its incredible lead stars, masterful direction and poignant storyline.’

Meanwhile, Variety‘s Owen Gleiberman wrote: ”One might even ask: ‘Why, in the age of skittery attention spans, did Scorsese choose to make a three-and-a-half-hour magnum opus for Netflix?’

‘But the answer, it turns out, is rather up-to-the-minute. That running time is a mere blip in the world of binge-watching; if The Irishman weren’t a movie at all but, in fact, a show (a limited series, say), we’d be talking all of three episodes.’

Elsewhere, The Telegraph‘s Robbie Collin looked towards Scorsese’s most recent filmography, as he wrote: ‘As Scorsese late-career masterpieces go, The Irishman splits the difference between Silence and The Wolf of Wall Street: this is a weighty, contemplative work, but one that moves like lightning for its entire three-and-a-quarter hours plus credits, and sporadically shakes with darkly comic amusement.

‘It would be unchivalrous to put a date on when De Niro was last this good. But he’s sensational – giving a grippingly subtle, internalised performance that melts through the de-ageing process as if it were no more than make-up.’ 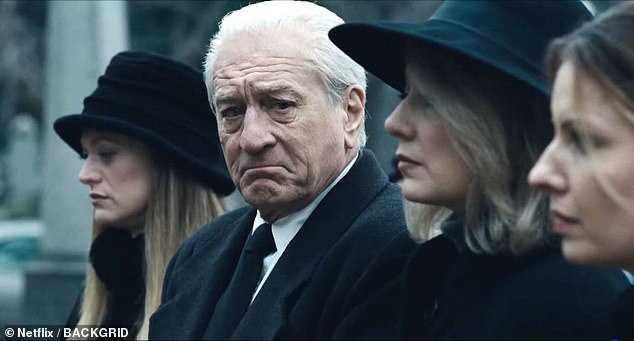 The Irishman is set to be released in cinemas on November 1, and will hit Netflix on November 27 – the day before Thanksgiving