By Leigh Mcmanus For Mailonline

A vegan was left ‘fuming’ after he was served ‘dead pig flesh’ and cheese on plant-based pizzas he ordered from Papa John’s.

Matt Carter, 21, from Aberdeen, ordered Jackfruit Pepperoni, a twist on the classic pepperoni pizza, and The Vegan Works pizza, which Papa John’s describe as ‘a real meat-free delight.’

Despite this, Matt and his girlfriend Carla were served real cheese on one of the pizzas, while the other was littered with real pepperoni and ham, according to The Daily Record.

Matt Carter, a 21-year-old machinist from Aberdeen, was left ‘fuming’ after he was served ‘dead pig flesh’ and cheese on plant-based pizzas he ordered in Papa John’s

CNC machinist Matt took to Facebook to vent his fury in the Vegan Supermarket Finds UK group, saying: ‘Tried Papa John’s, they put real cheese on one of my pizzas, then I found dead pig flesh all over the other.

He claimed that the branch in the city in the north east of Scotland then refused his request to send someone to replace the failed order, asking him to return to the store because they ‘didn’t believe’ him.

‘Their excuse when they saw them was that they have “never made a vegan pizza before”,’ he said.

‘I was fuming to say the least,’ he added. 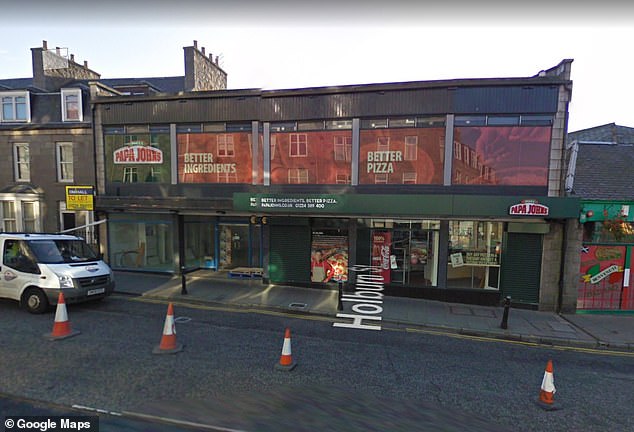 But the saga didn’t end there, with the branch apparently replacing the meaty order with another incorrect dish.

‘I couldn’t believe that they got it wrong more than once’, Matt said.

‘They’ve had vegan cheese and the vegan hot dog pizza in stock for months so there’s no excuses for that. 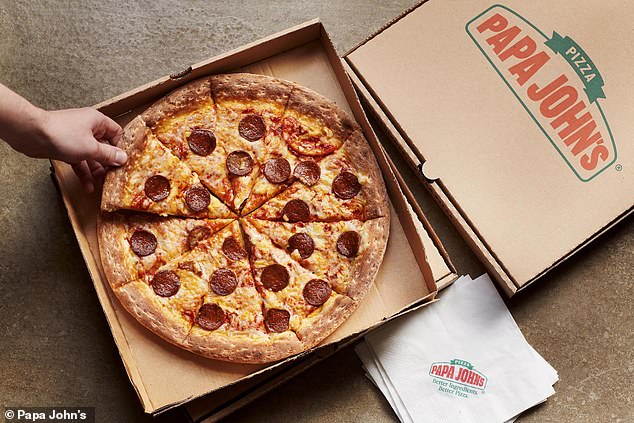 Matt and his girlfriend Carla, from Aberdeen, ordered Jackfruit Pepperoni, a twist on the classic pepperoni pizza but when he got it, it had actual meat on it

‘We were offered another portion of Marmite scrolls to win us back, but we had already decided that we wouldn’t be going back to Papa John’s again.’

A spokesperson for the popular pizza chain told the publication that they are aware of the incident and are working with that particular store to ‘correct the situation’.

The chain is also catering for those on a gluten-free diet, by launching a butternut squash based pizza, available across the UK.