By Rory Tingle For Mailonline

A veteran republican was today cleared of soliciting the murder of a mother of 10 in 1972, after a trial which heard a claim that Gerry Adams recommended her secret burial.

The former Sinn Fein president rejected the allegation as he appeared as a witness at a trial of the facts into two charges against 82-year-old Ivor Bell.

Five of Jean McConville’s surviving children were at Belfast Crown Court as a jury of four women and eight men found Mr Bell not guilty of encouraging her murder. 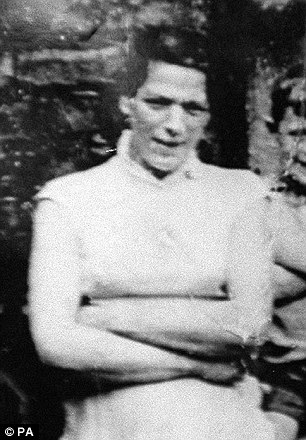 Mr Bell, of Belfast, was not present for the trial of the facts which came after he was found medically unfit to stand trial in December last year. He was excused from attending due to his health.

Judge Mr Justice O’Hara directed the jury to return a verdict of not guilty having earlier ruled that taped interviews, which were the central plank of the prosecution case, were inadmissible.

‘As a result of some legal rulings which have been made over the last two days there is now no evidence that the prosecution can put before you to support the case it was putting against Mr Bell,’ he said.

‘My role now is to direct you to return a verdict of not guilty because you simply cannot find him to have done the acts alleged.’

The judge also lifted restrictions that had prevented reporting of the two-week trial of the facts.

The prosecution case centred on an interview given by interviewee Z to Anthony McIntyre for the Boston College-sponsored Belfast Project, an oral history project of Northern Ireland’s troubled past. 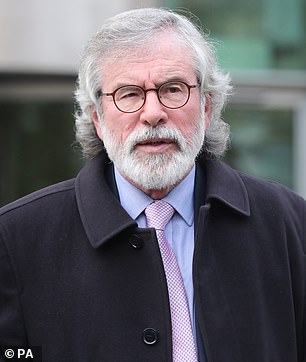 Tapes from the project were seized by the PSNI in 2014 following a transatlantic court battle. The prosecution argued that Z is Mr Bell.

The trial was the subject of blanket reporting restrictions which were lifted on Thursday following a challenge from a number of media organisations.

Following the Crown Court ruling, the McConville family said they are ‘bitterly disappointed’.

In a statement they said: ‘We are bitterly disappointed that [the tape of the interview with Z] cannot be used in evidence in this case.

‘But whatever happens (with) the legal technicalities, everyone in the court this week heard how the abduction, murder and disappearance of our mother 47 years ago was planned and who was behind it. They always knew it and now so does the rest of the world.

‘For 20 years the IRA denied they had anything to do with murder and disappearance and they only admitted it when it suited them.

‘She was not an informer and Gerry Adams has confirmed in court that he didn’t believe that she was.’ 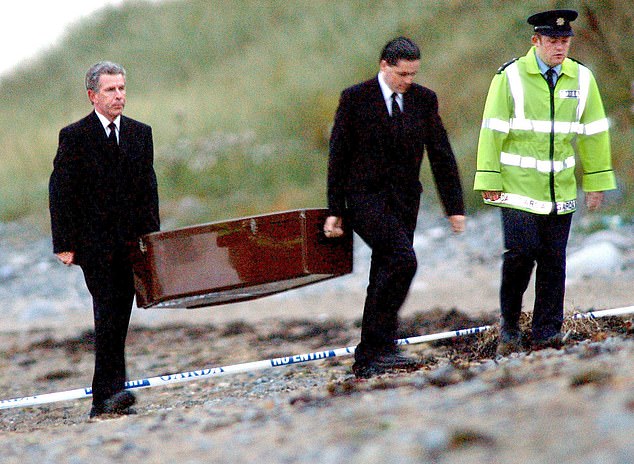 The McConville family have demanded a full public inquiry into their mother’s death.

‘She was a loving, working class widowed mother doing her best to raise 10 children,’ their statement added.

‘They murdered her because they could. We may not have got justice but we have got some truth. But this cannot finish here.

‘We need and demand a full public inquiry. We’ve heard Gerry Adams often call for inquiries. Will he support this one?’

Ivor Bell’s solicitor Peter Corrigan said: “The Boston Tapes were of no benefit from a historical perspective, never mind meeting the threshold of evidence in a criminal trial.

“The process from start to finish was fatally flawed, which lacked the relevant safeguards, and is described by one expert during the course of this trial as ‘exactly not how to conduct an oral history project’.” 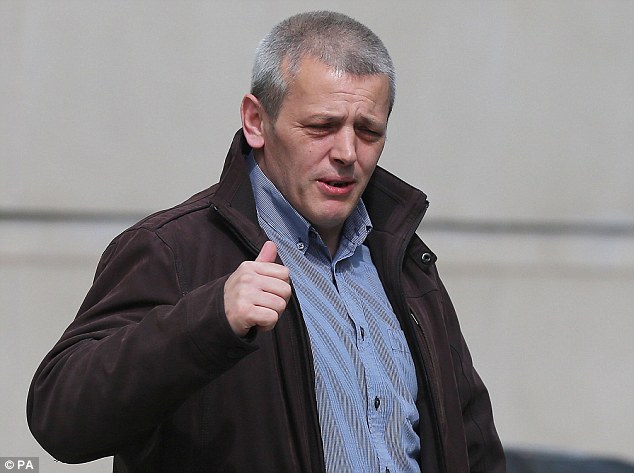 Jim McConville gives a thumbs up as he leaves Belfast Magistrates’ Court in July 2016, after a judge ruled that Ivor Bell will stand trial over his mother’s murder

Dragged away in front of her 10 children and shot: How Jean McConville’s murder became one of the most notorious unsolved killings of the Troubles

Jean McConville’s ten children watched in horror as a gang of masked IRA terrorists smashed down the door of his family’s West Belfast home and demanded to see their mother.

They dragged her through the door as her children clung on to her legs and tried to fight the gunmen off. It was the last time they saw their mother alive.

A week later, a man who identified himself as being from the IRA called at the McConvilles’ council home. He handed the children their mother’s purse and wedding ring, saying: ‘I was told to deliver this.’

Unbeknown to her ten children, Jean McConville had been taken to a beach with her hands tied behind her back and shot through the back of her head.

Since then Michael and his other siblings have lived in the hope that one day the murders would be brought to justice.

Then in 2003 her remains were accidentally discovered at a beach in County Louth. Tests showed she had been shot in the back of the head.

Jean McConville was abducted from her council flat off the Catholic Falls Road in 1972 when neighbours informed IRA leaders she was a British sympathiser after she was seen comforting a soldier shot and wounded outside her home.

Soon after her act of kindness to the soldier, Mrs McConville was beaten and found wandering the streets dazed and bleeding.

Her children, then aged from six to 16, helped clean up her wounds at home. But they did not have time to heal.

Less than 24 hours later, more than a dozen figures, some wearing balaclavas, arrived at the McConville family home and burst through the door demanding to see their ‘mammy’.

She became one of the so-called ‘Disappeared’, of whom there were at least 16 IRA murder victims who had been buried at secret locations.

No one has yet been prosecuted for her murder.