A man whose usual method of seduction is to ask his girlfriend to join a mutual shaving session received some much-needed advice on last night’s Lesbian Guide to Straight Sex.

The new Channel 5 show saw Juliet and Temi, from Nottingham open up about their sex life to lesbian Gem, who used to work as a phone sex operator, in order to improve things in the bedroom.

The couple have been together for four years, but Temi has never given Juliet oral sex or found the right way to turn her on with his words.

Gem asked him what sort of prompts he’s tried on Juliet before, to which Temi replied that he had once asked her: ‘Should we have a shave together.’

Viewers found the programme hilarious and slightly awkward with one saying: ‘Well, that’s the worst come to bed line I have ever heard. Think this guy must have lived in a monastery.’

Temi, from Nottingham, said he once propositioned his girlfriend with shaving as foreplay. Pictured 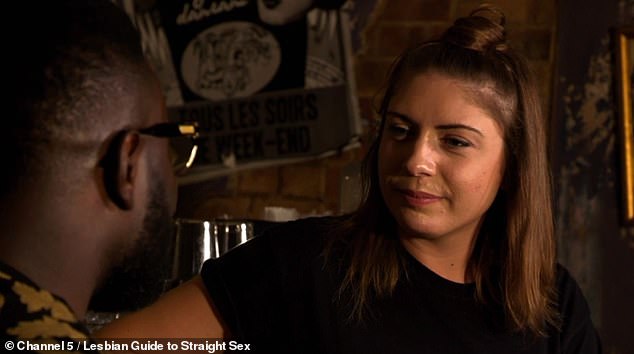 Poet and former phone sex operator Gem, who enjoyed sex with women, advised Temi on his sex life with his girlfriend of four years Juliet

Viewers found the new programme ‘mental’ and ‘accidentally hilarious,’ and could not believe Temi propositioned Juliet with shaving

‘Possibly the most accidentally hilarious programme I think I’ve ever seen,’ another wrote.

‘Could they have found a more sexually dense couple?’ asked another.

At the beginning of the episode, Juliet revealed that she and Temi, did not have the same opinion on their sex life.

While Temi said he was satisfied with the way things were, not one to mince her words, Juliet admitted she could not say her sex-life was great.

The woman revealed she never received oral sex from her partner, to the incomprehension of the four ‘sexperts’, Ali, Gem, Jade and Maria.

Temi explained that oral sex had been ‘painted as a dark thing,’ within his cultural and religious background.

Watching the couple sat-down interview, Ali, Gem, Jade and Maria agreed to help the couple explore their sexuality together.

‘He’s going to be a cunning linguist by the end,’ Ali said.

Upon meeting the couple, Gem wasted no time in helping Temi locate the G-spot, guaranteeing him he could soon find himself with a ‘mind-blowing orgasm situation’ on his hands.

The four women later take the couple toy shopping, advising them on what sex toys to try in order to spice things up for both of them. 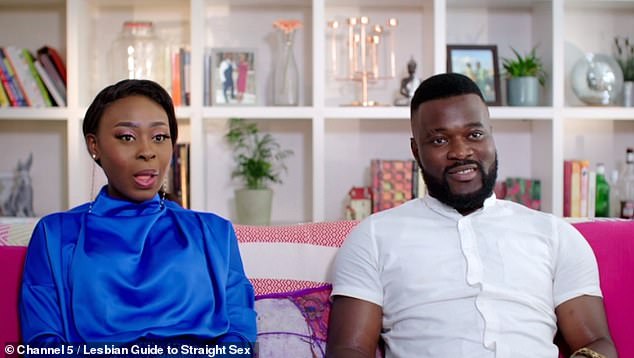 Juliet (left) said she could not say her sex life was great, and added she had never received ral sex

Admitting that he could be quite ‘raw’ with his words during foreplay, he said he does not like ‘fluffiness.’

Gem advised him to ‘foreplay his foreplay,’ and in order to build up the anticipation for Juliet as well as himself.

Later on, Temi wrote a suggestive love letter to Juliet with the help of Gem, in order to woo her. 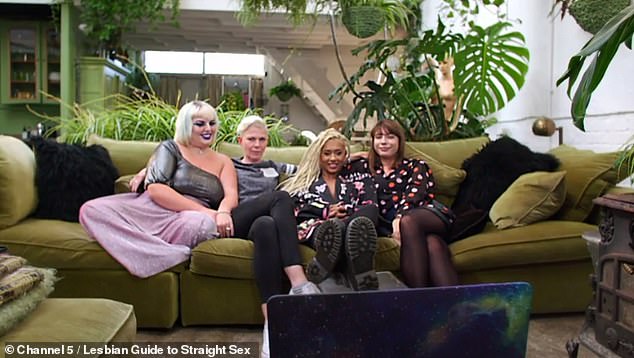 From left to right: Maria, Ali, Jade and Gem watched an interview of Juliet and Temi before meeting them. They could not believe that Temi had never given oral sex to Juliet 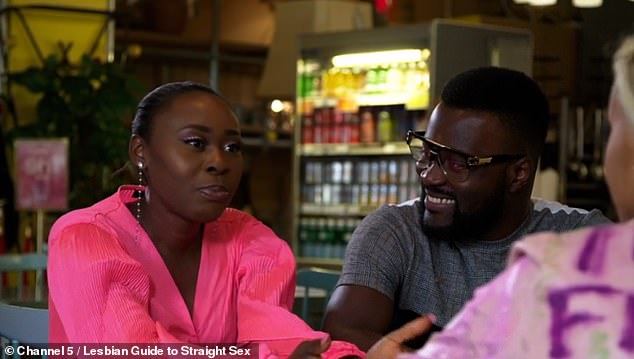 Later on in the episode, Juliet revealed Temi had promised he would try to give her oral sex, but that she needed to give him time 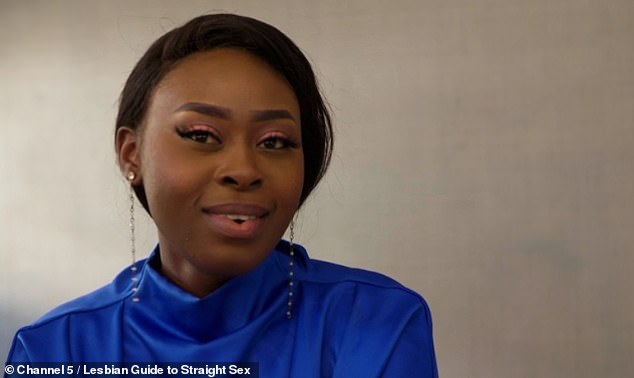 Juliet revealed she only orgasmed on top, and that she wanted to try toys and hoped Temi could be a bit more tender with his words during sex

Later on. as Jade and Ali met once more with Temi and Juliet, the young woman revealed her partner had promised he would try to give her oral sex, but that she needed to ‘give him time.’

The pair said they were open to explore and spice things up, but Eva admitted to still feeling nervous before sex, due to her own self-esteem issue.

Patrick raised a few eyebrows when he claimed to have experienced a 15-minutes long orgasm as a younger man, by exploring his own G-spot. 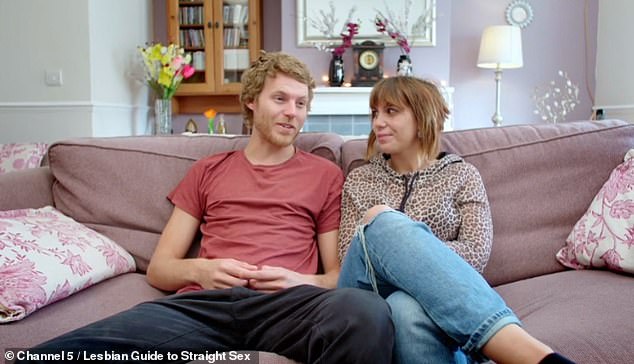 Patrick and Eva revealed they wanted to explore more ways to improve their sex lives. Patrick said he once experienced a 15 minute orgasm while explore his G-spot

‘Is that even a thing,’ Jade asked.

Patrick said he wanted to focus on how to improve his technique to be a better lover to Eva, but in a side interview with Jade and Maria, his partner revealed that she had never orgasmed with oral sex.

Throughout the episode, the four women took Eva lingerie shopping in order to boost her self-confidence, and Patrick learned to x.

You can catch up Lesbian Guide to Straight Sex on My5.