Say what? Viral video reveals why you should be MILKING your cucumbers before eating them

By Carly Stern For Dailymail.com

But apparently, it’s not just animals: Cucumbers can also be ‘milked,’ and doing it makes the long green vegetable taste less bitter.

In this case, the milk isn’t meant for drinking, but coaxing it out of a cuke can make it taste a whole lot better.

Better than it sounds: ‘Milking’ a cucumber can make it taste less bitter 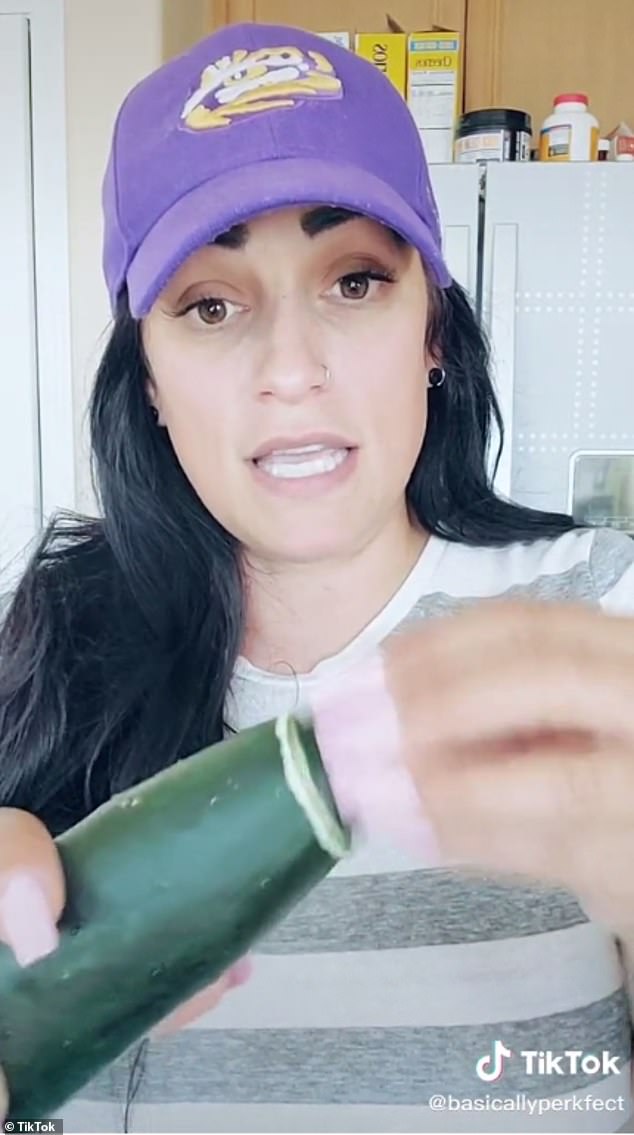 The technique doesn’t appear to be widely-known, even among frequent veggie eaters — but one TIkTok user is helping to spread the word.

The user, who goes by Basically Perkfect, shared a video about cucumber milking last week that has already been viewed a million times.

The woman, who is from New Orleans, explained that she had never heard of such a thing, either, until she watched her sister-in-law do it in Utah.

‘I was like, “Excuse me?”‘ she said. ‘I know most little tricks and I had never heard of that.’

‘I don’t know if you’ve ever had a cucumber that’s a little bit bitter, like it just doesn’t taste fresh. That’s because you have to milk your cucumbers,’ she said.

She demonstrated how to cut the edge off a cucumber, chopping a piece of the end.

‘Then you start rubbing it together in circular motions,’ she explained, rubbing the chopped piece against the end of the rest of the cucumber. 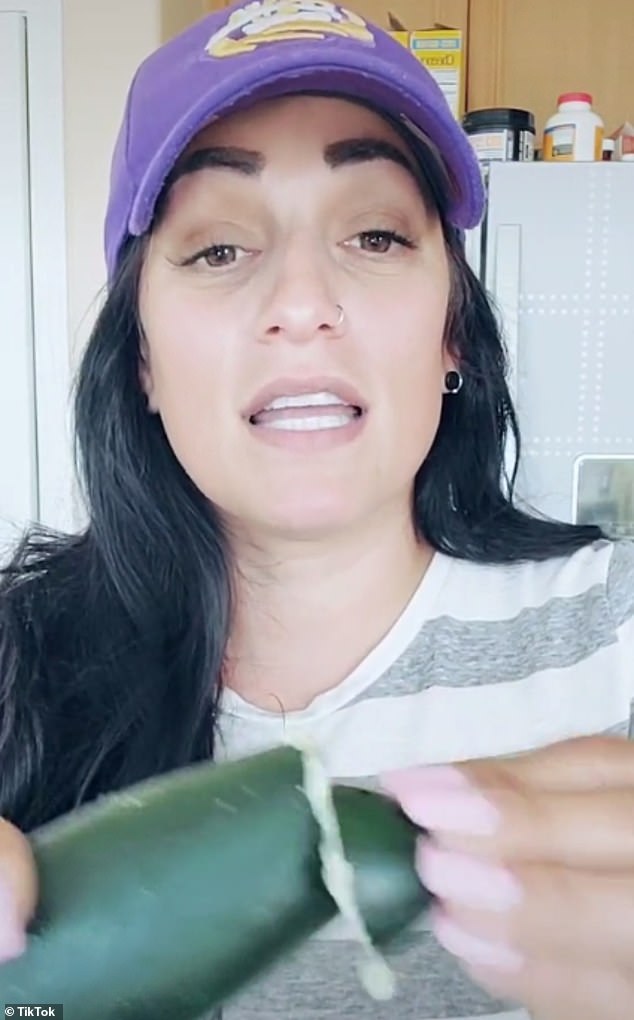 How-to: She chops off one end, then rubs it against the rest of the veggie until a white foam comes out 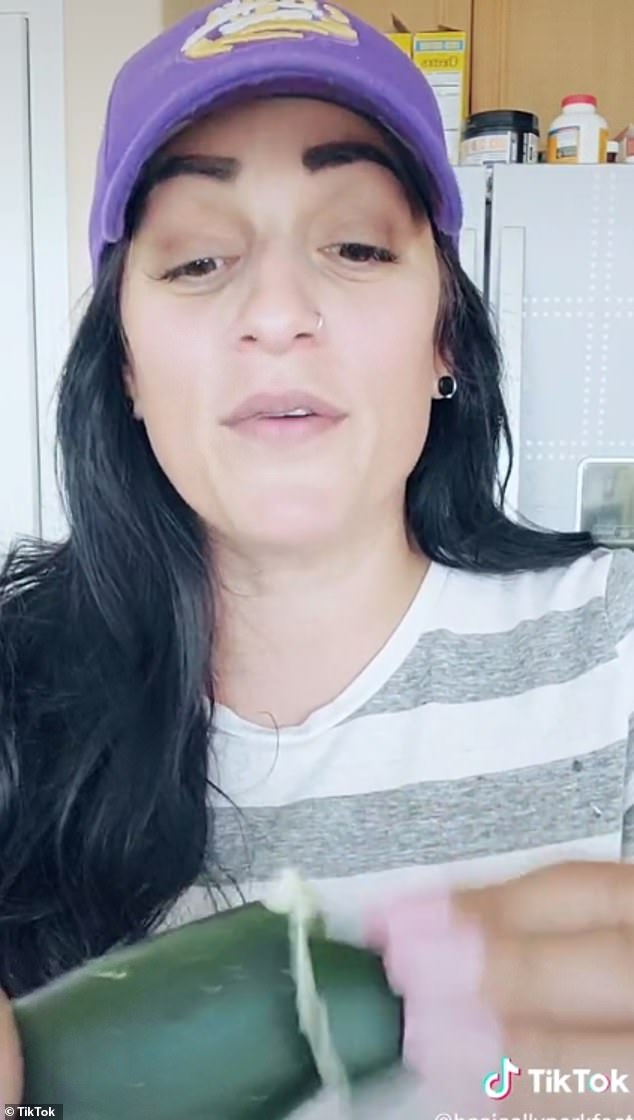 Why? Cucumbers contain a compound called cucurbitacin, which causes a bitter taste, usually at the ends or close to the skin

Immediately, a foamy white substance starts to come out of the vegetable, pooling around the outside.

The woman points out that it looks like cheese, and will eek out of the cucumber when rubbed, taking the bitterness with it.

The technique has been around for some time.

According to LifeHacker, cucumbers contain a compound called cucurbitacin, which causes a bitter taste, usually at the ends or close to the skin.

Removing the skin can remove the bitterness, but the skin holds most of the veggie’s nutrients.

To get it out without peeling, simply rub the chopped piece against end until the foam stops coming out.

Cucurbitacin can also be found in zucchini, melon, and pumpkin.