By Sarah Finley For Mailonline

Women have been raving about a balm which helped ease the irritation of scars and make their stretch marks less visible.

Mothers, from all over the UK, are raving about the NESSA Scar Saviour, a natural and vegan based balm made of plant actives including turmeric, liquorice and marshmallow, which costs £25.

The balm, which comes in a 30ml pot, also contains hydrating plant oils and butters – jojoba, almond, argan, cocoa and vitamin E – which work together to boost collagen and repair the skin.

Women, who have used the balm, have been sharing their before and after pictures on Instagram, which show their stretch marks almost vanishing and scars from surgery healing faster than they would have – with one even calling the balm a ‘winner’.

Before: A mother shared this picture of her stretch marks when she had a baby and how prominent they were 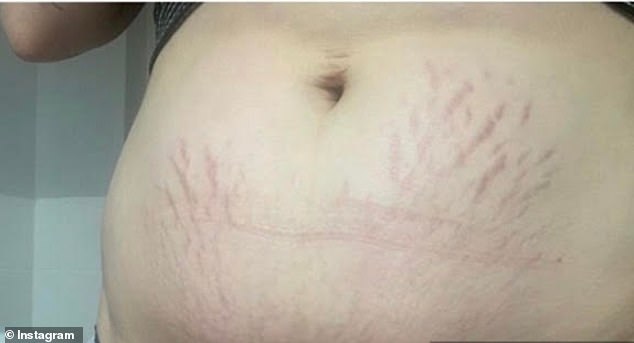 After: The mother used the balm for just two weeks and saw huge improvements, including less visible scars

Women, who have used the balm, have been sharing their before and after pictures – as well as commnets about how great it is

Katie Hughes, a mother, said that the balm helped after she had her daughter via c-section: ‘I was very self conscious. With this being my second cesarean my body didn’t heal as well as the first time!

‘Now I’ve been using Nessa Scar saviour and nipple sos for 2 weeks and they have both been amazing. My stretch marks have reduced dramatically already, and my scar is very slowly changing too!

‘I am so impressed with what the scar saviour has done in just 2 weeks! I’ll definitely continue to use this and can’t wait to see more results in the months to come’.

While Jennifer also gave it rave reviews after surgery: ‘I have 2 different scars from hip surgery. 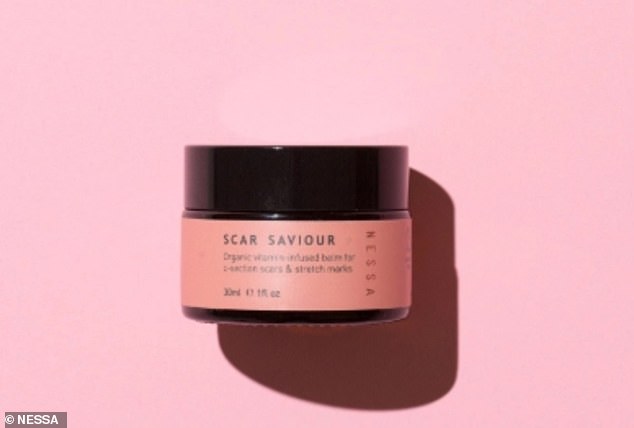 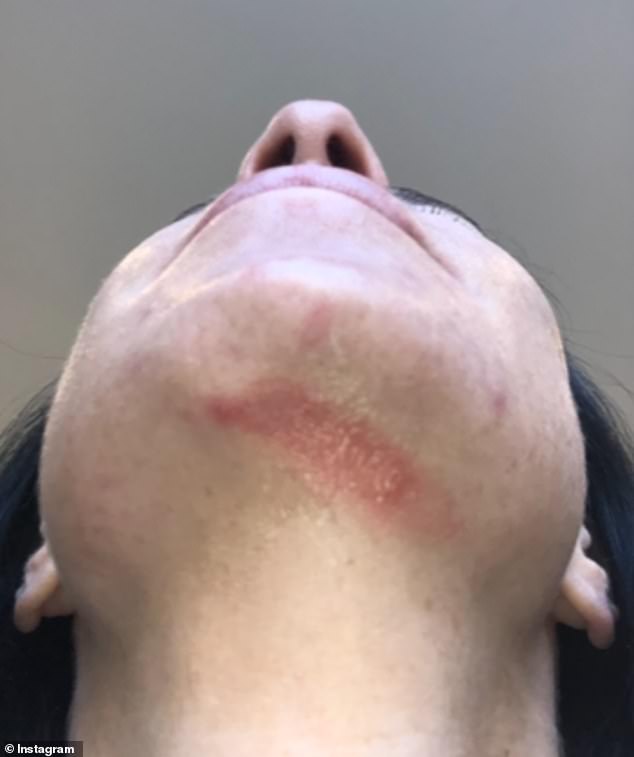 Before: Claire burnt her neck badly with a straightening iron and used the balm to sooth it 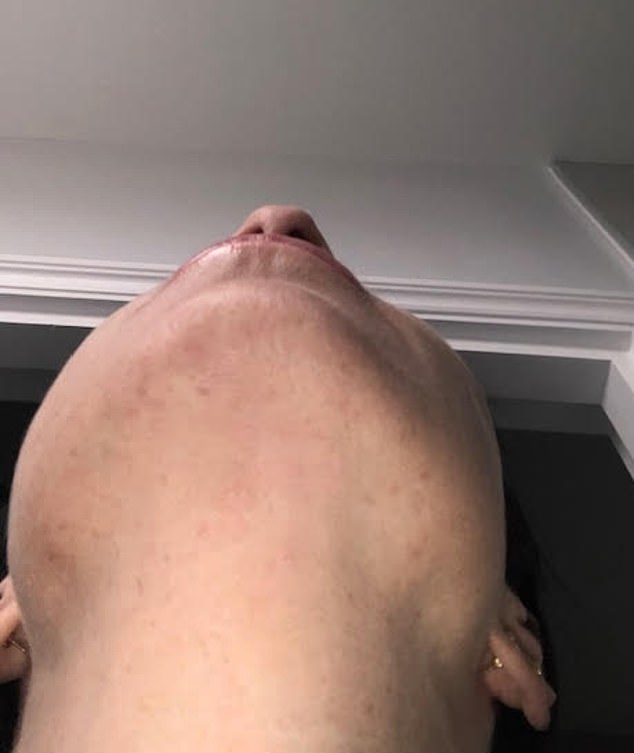 Claire said that she started using the scar savior as soon as the scab fell off and it was incredible soothing and brought down the ;angry redness immediately’ 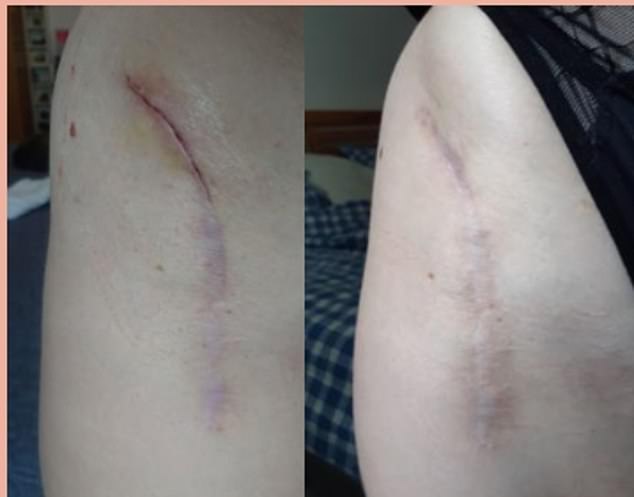 ‘I started using the scar balm on one of them at 5 months, but I’m so happy that I’ve been able to use it since Day One on my 2nd scar!

‘It’s made a huge difference to the colour and healing of the scar. Plus, a little goes a long way, I use it twice a day and still have lots left!’

Claire Murphy also used in when she burnt her neck: ‘I burnt my neck badly with a curling iron, I started scar savior as soon as the scab fell off and not only was it incredible soothing, it brought down the angry redness immediately and the burn has completely disappeared and I am left with no scar at all, amazing product.

‘I have used other products in the past that have irritated my sensitive skin, this is a winner’. 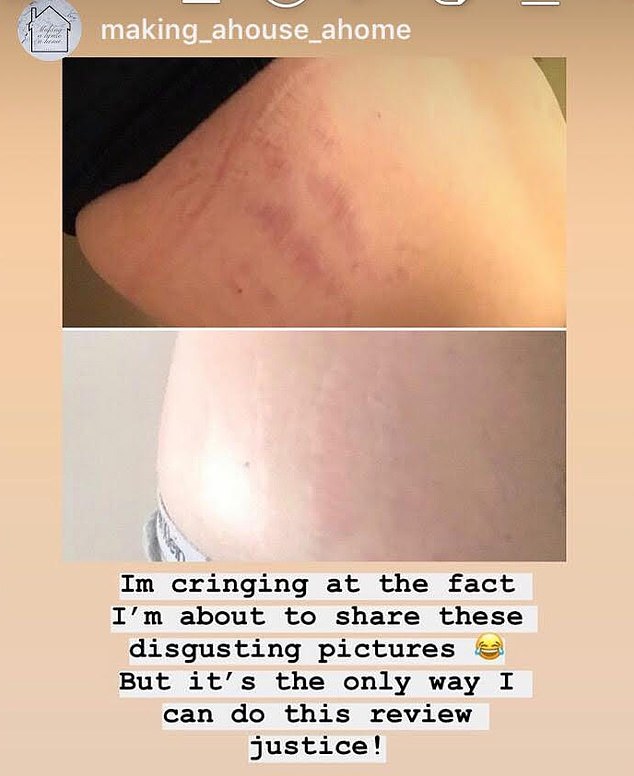 One woman that it had made her stretch marks  less dry, itchy and sore

While Harriet Knock used it for three weeks and said that it helped her stretch marks: ‘I have been using the Nessa Organics ‘Scar Saviour’ for the last 3 weeks and not only has it soothed my stretch marks, it has also improved the visual appearance of them!

‘This is the only stretch mark cream I’ve ever used where I have seen a noticeable difference and I am really impressed.

‘Although my stretch marks are not gone, they are less red. Would highly recommend.’